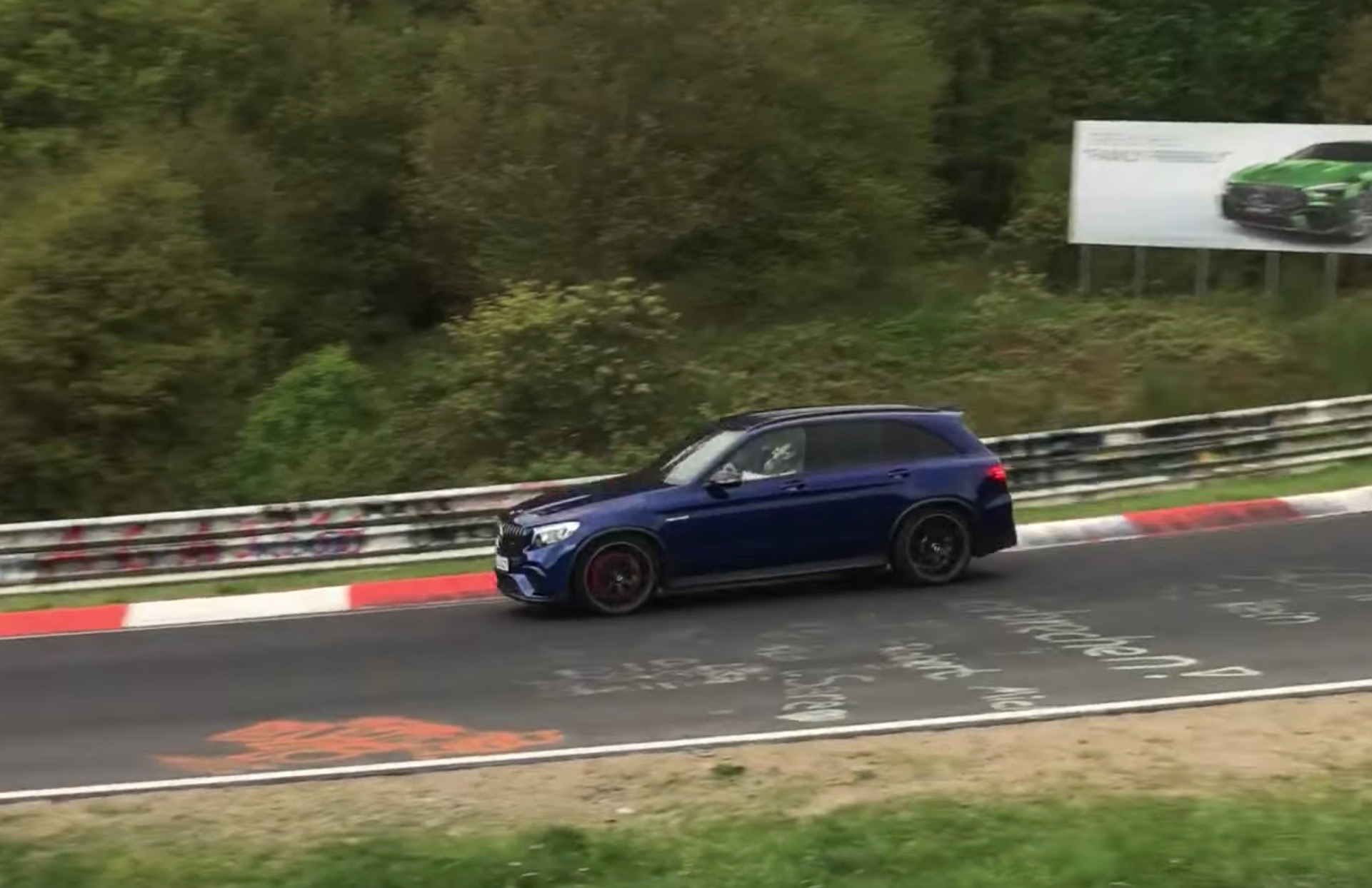 It seems Mercedes-AMG could be looking to swipe the SUV Nurburgring lap record from the Alfa Romeo Stelvio QV, with a recent video showing a pre-production 2019 GLC 63 S attacking the circuit like there’s no tomorrow. 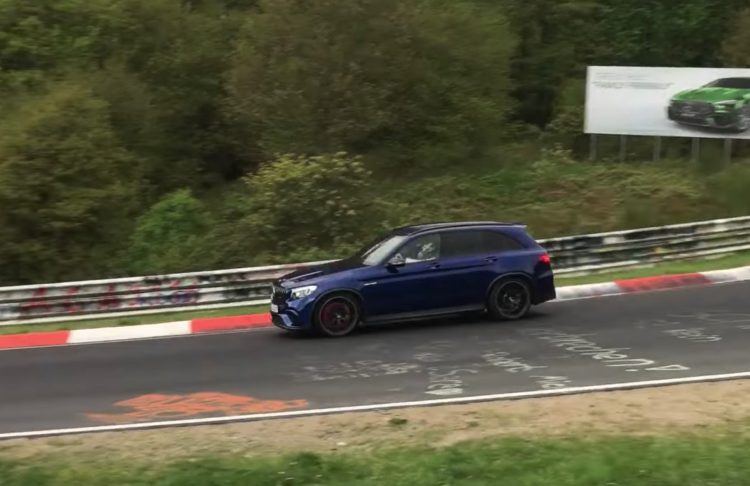 The news stems from BridgetoGantry, which claims Mercedes had the track reserved for the day for race car testing in the build up to the Nurburgring 24 hour event. However, just before the AMG race cars started their testing a GLC 63 was sent around.

Adding further fuel to the rumour, special timing equipment was apparently seen set up around the circuit. For Mercedes to reserve the track for the day is a big thing, but then to send a single car around, at speed, it certainly has the makings of some kind of lap time attempt.

The new GLC 63 has the credentials to set a cracking lap. Its 4.0-litre twin-turbo V8 produces 375kW in its current form – it might even be tweaked for the facelift. This is the same power as the Alfa Stelvio, but torque peaks at 700Nm. Compared with the Stelvio QV’s torque of 600Nm, the Merc should, theoretically, be able to catapult out of corners with more urgency.

So, what’s the magic time to beat? The Stelvio QV clocked a record SUV lap of 7:51.7 last year, shortly after its sedan brother clocked a record lap of its own (at the time) for a production four-door. The Giulia QV sedan’s time of 7:32 has since been overshadowed by the Jaguar XE SV Project 8, although it is a strict limited edition with just 300 planned. The Jag clocked a 7:21.23 lap.

Mercedes-AMG does have something to worry about though, if it is indeed looking for a new SUV record. Why? Well, Lamborghini has just launched the Urus, which definitely has the potential to set a blistering lap. Its 478kW twin-turbo V8 can cover 0-100km/h in just 3.6 seconds, compared with 3.8 seconds in the GLC 63 AMG, and 4.0 seconds in the Alfa Stelvio QV.

We’ll have to wait and see to know for sure. Take a look at the quick video below and see what you think. It looks fast, that’s for sure.