The next installment of the awesome Forza Motorsport Xbox 360 game, Forza 4, will feature a raft of Aussie muscle cars including the 1973 Ford XB Falcon GT coupe. Rumour has it the Ford XY Falcon GTHO will also join the lineup as well as the Holden VL Commodore SS Group A Walkinshaw. 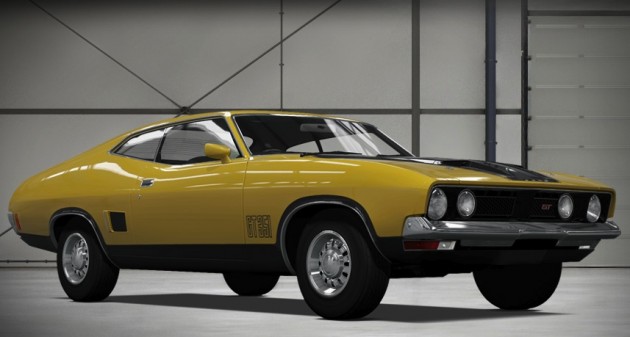 The new game is promising to be one to truly look forward to. According to an official website (www.forzamotorsport.net) Forza 4 will feature “hundreds” of exciting cars from more than 80 manufacturers. These will include a lineup of Aussie muscle and racing cars, including the 1973 Ford XB Falcon GT and the 2005 Vauxhall Monaro VXR.

Other Aussie cars are said to include the Holden HK Monaro GTS and a Holden Torana of some specification. Australia’s Mount Panorama may also feature in the new game, although, it is only a rumour at this stage.

Cool cars that will definitely be included in Forza 4 include:

Forza 4 will feature a number of new segments, including Autovista. Autovista is a showroom which allows players to take a tour through a showroom of some of the world’s most exotic supercars, and allows players to sit inside the cars to check out the interior, as well as start them up for a realistic taste of the incredible engines.

Autovista will also include a feature whereby Jeremy Clarkson voices you through a virtual tour of the showroom, providing funny and critical opinions on all exotica inside the Autovista showroom. Forza Motorsport says Autovista is a “chance to explore the world’s most incredible cars at a level of detail never before seen in a videogame”.

We can’t wait for the Forza 4 release date to come around, which is set for October 11 (internationally, Australian release may or may not be delayed somewhat).