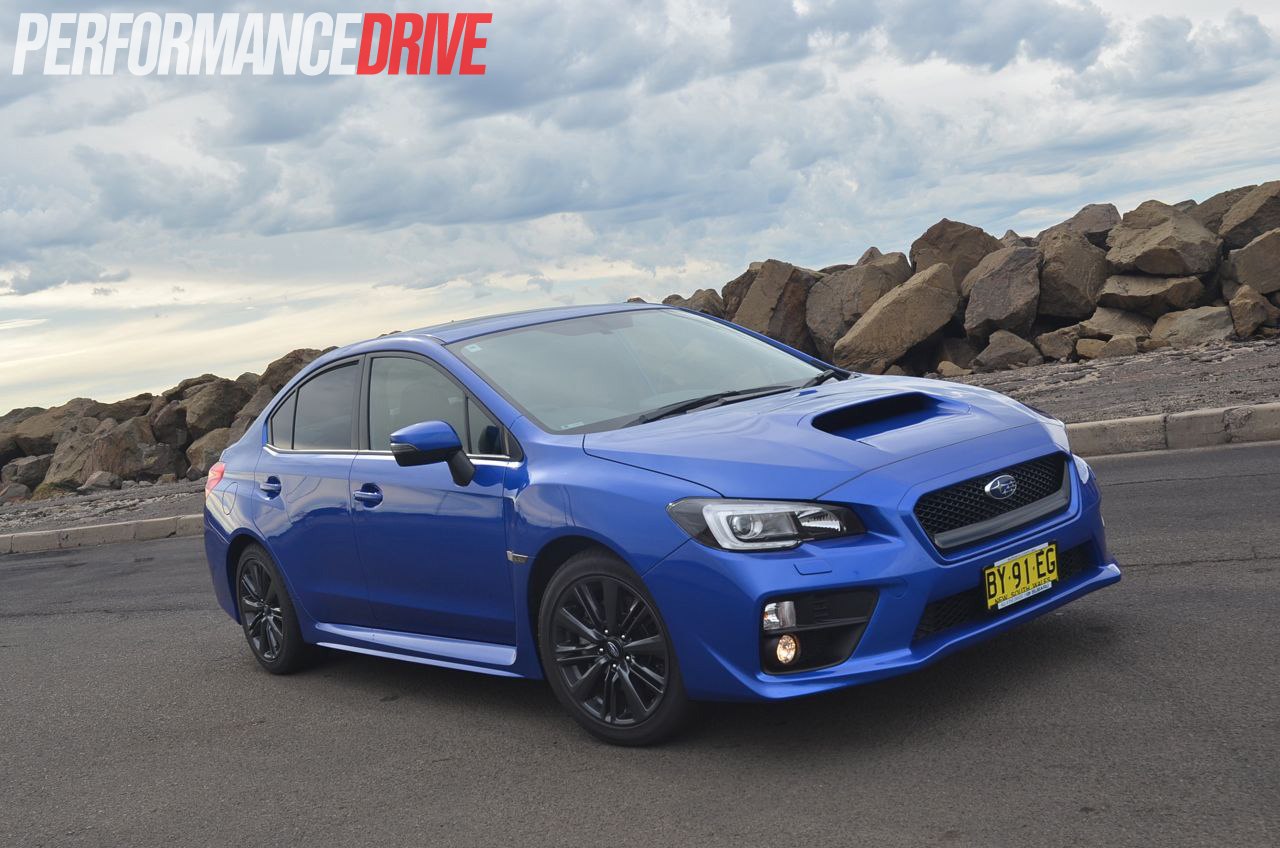 The Subaru WRX is a performance car that almost every driving enthusiast has had the desire to own. It’s hard to believe the 2015 model marks 21 years since the original GC8 WRX was launched in Australia. 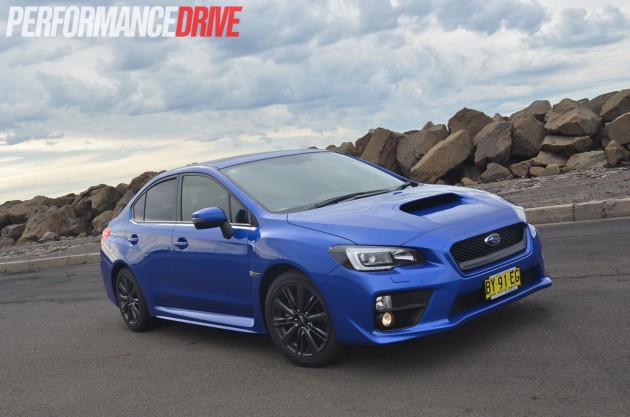 Does this new model carry the torch for the rally-bred hero? Does it present good value considering it’s up against the likes of the aging but-still-impressive Lancer Evolution X, the dynamic Ford Focus ST, and the well-packaged Volkswagen Golf GTI?

This WRX is an all-new model that brings a freshly-designed turbocharged 2.0-litre engine to the party, which is down from the 2.5-litre four-pot seen in the previous model. Power sits at 197kW and 350Nm, making it also the most powerful entry-level WRX ever sold in Australia.

The WRX Premium (as tested) starts from $43,990, and adds likeable extras such as leather trim, an electric sunroof, auto-on headlights, satellite navigation, and a premium sound system.

All WRXs come with six-speed manual as standard, with CVT automatic transmission costing a $2000 premium. 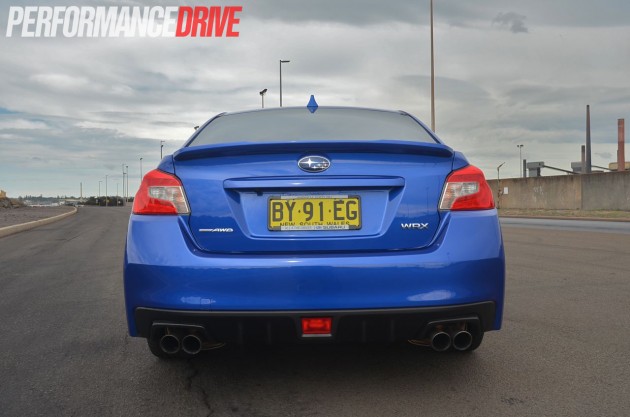 The 2015 WRX has a fresh, likable cabin that is extremely accommodating and airy. All of the car’s controls are clearly marked and nicely at arm’s length, making you feel at home and familiar almost instantly.

The fit and finish of the cabin is super tight; everything from the rubbery dash to the power window switchgear is nice to touch with a feeling of solidity. At freeway speeds there’s little-to-no wind noise as the WRX cuts through the air.

Whether you’re a small or large person, Subaru has come up with a pair of sports seats that offer excellent support and comfort. The rear seat also offers a fair amount of leg and shoulder room, with a centre armrest thrown in for good measure.

From the driver’s seat you benefit from a low dash and a large glasshouse, helping you to easily check your surroundings and keep an eye on the road ahead. The rear-view mirror is also on the large side.

The Premium model’s dash-mounted 6.1-inch screen isn’t the easiest system to navigate, with buttons that are too small for your fingers and graphics that look a bit clunky, but overall it offers up everything that a good infotainment system should; Bluetooth connectivity, MP3, aux-in, and handsfree SMS reading functionality.

There’s also two screens that sit atop the dash to display things like fuel economy, climate control settings, current boost pressure level, and what the drivetrain is up to in terms of power transfer. 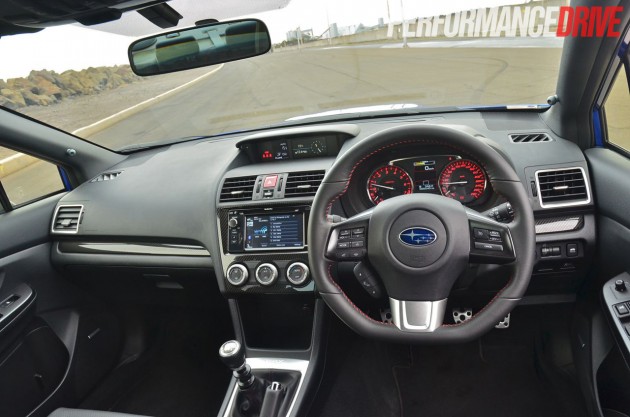 The eight-speaker Harman Kardon stereo in the Premium model provides serious kick. The rear-mounted sub-woofer adds depth to the clear sound that emits from the car’s speakers. This is definitely a system that will appeal to those who like their music loud.

The roof lining is probably the most low-rent item in the cabin. The sunroof in the Premium model shortens available headspace for front occupants, so jump in and see if you fit before you ‘opt up’.

The space between the clutch pedal and the brake could be more generous too. That said, the brake and accelerator are close enough for great heal and toe exercises.

The new WRX sees boot space stretched by 40 litres over the old model to a total of 460 litres. Without the option of a hatch variant, the 60/40 split-fold rear seats further help to open up space. The front door cards are capable of holding a big bottle or two, and the handy compartment in front of the gear lever is great for your wallet and keys. The cup holders are also quite accommodating, which is certainly helpful when you’re testing the car’s limits with a coffee on board.

Safety-wise, the WRX offers the benefits of Subaru’s renowned all-wheel drive system, a host of airbags front and rear including a driver’s knee airbag, electronic stability control, and shock-absorbing brake and clutch pedals.

There’s no denying the new Subaru has a hint of Lancer about the front styling, and a touch of BMW 3 Series about the rear design, but take it from us it’s a much better looking car in person. The renowned scoop is still there, too. The neat 17-inch alloy wheels and boot-lip spoiler help give the WRX some added street cred’. 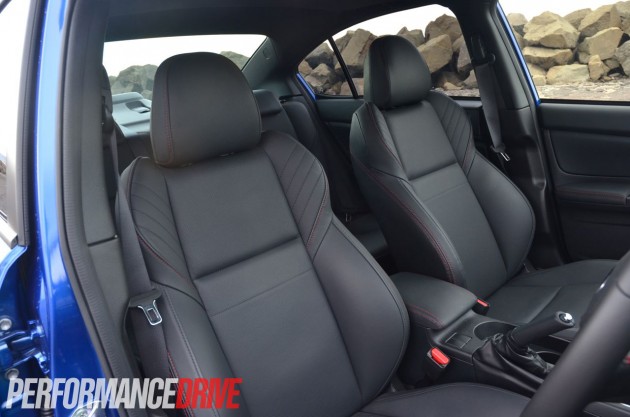 Downsizing capacity from 2.5 to 2.0-litres with the introduction of the new FA20DIT engine, you’re treated to a unit that serves up a meaty turbo torque curve along with a tacho needle that loves to spin.

The boxer throb is still there, but it’s not as masculine as the sound from the EJ-series engines. If you’re privy to the sound of the Toyota 86, the 2015 WRX sounds much the same except with forced induction.

Power delivery from the 2.0-litre is smooth and responsive, however, it does suffer from some turbo-lag under 3000rpm. Maximum torque is available from 2400rpm, so it’s from there that things really start to build.

If you want to keep the WRX punching along we found the sweet spot to be between 4500 and 5500rpm. The motor pulls strong and relentlessly, and even though there’s a hint of turbo lag-here and there it all adds to the theatrics.

During our week with the WRX we averaged 9.6L/100km during normal combined conditions, just 0.4L/100km more than the official figure. There’s little doubt in our mind that this figure would reach into the low eights when driven less actively.

The six-speed manual has a proper mechanical feel purists will admire. The chunky gear knob sits nicely in your hand, and the throw feels as if it’s gated underneath the leather boot.

The electric steering rack, a first for the WRX, is well-tuned and responsive when you get handy with the wheel. It doesn’t hesitate over large bumps or sudden undulations in the road, even mid-corner, working as one with the tight chassis to communicate well with the driver.

The WRX tackles pretty much whatever you throw at it; be it a dusty road, a race track, or a suburban street laden with pot holes. The WRX is still the point and shoot weapon we’ve all come to know. One thing that’s evident in the new WRX is how quickly you feel comfortable driving it on the limit. 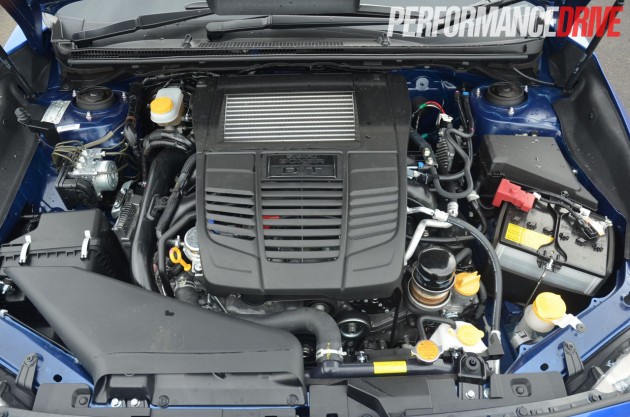 The standard limited-slip diff in the rear (manual only) means you get maximum grip on corner exit. The suspension ride is on the firm side, but it doesn’t jar or send your spine into pieces should any unsuspected lumps and bumps arise.

The brakes can feel a little spongey if you give them a hiding, but never feel like they are going fail at any point.

During our week with the WRX Premium we swung by one of GPEXEC’s track days at Wakefield Park. With a helmet strapped on, we cut a few laps to see how it behaved.

On the track, the WRX feels as if you can push faster and faster, but after you really start to find the limits the track exposes its road-oriented suspension tune and weaker braking power than its STI brother.

Power delivery is great on corner exit, with the all-wheel drive system and limited-slip diff working harmoniously to maintain maximum grip. It will understeer if you push too hard, but it’s very predictable and no real threat.

The steering and chassis remain responsive and communicate well with the driver, and the Dunlop tyres also provide lots of grip. The WRX’s brakes did become a little jaded by the repeated pressings, but as we said in our road test they somehow hang in there and never feel like the pedal will drop to the floor.

As a road-oriented car, the STI is the better choice for a track car, but if you’re no real racer and would like to enjoy a track day here and there it’s definitely lots of fun and quite fast to punt from kerb to corner.

(See our video for the lap time and in-car footage) 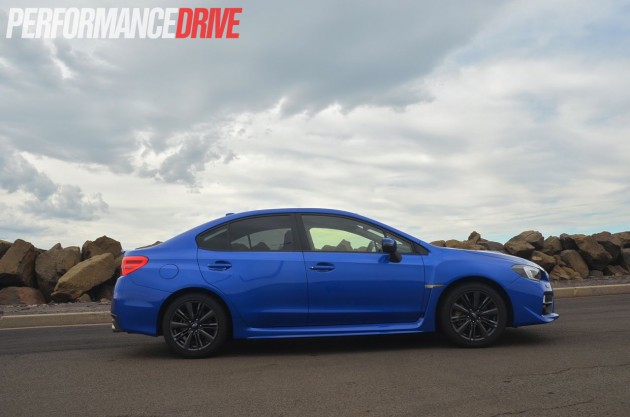 The WRX is an impressive everyday performance car. On the track it impresses as much as a road-oriented car can, but on the road it uses its all-paw footprint and athletic power curve to entertain. It pushes through whatever you point it at and doesn’t complain. At $5000 extra, the Premium model is worth the extra dosh if you want some added luxury. 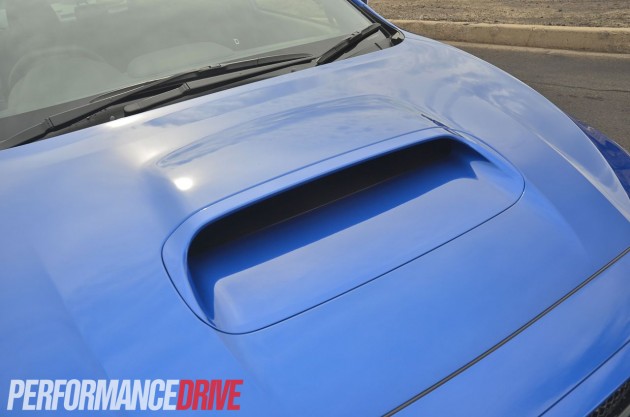