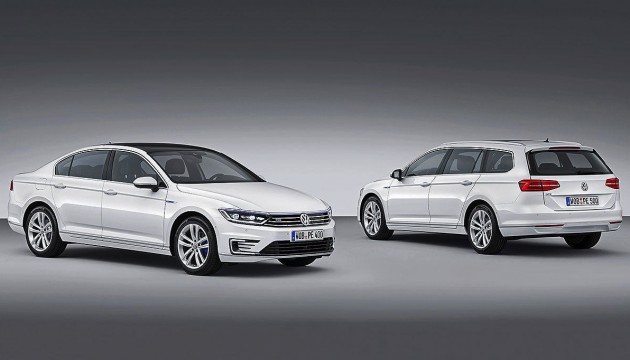 Starting with the under-bonnet technology, power comes from a 1.4-litre TSI turbo four-cylinder producing 115kW. This is supported by an electric motor system developing an additional 85kW and 400Nm. Overall, Volkswagen quotes a combined output of 160kW.

Unlike most hybrid vehicles, the Passat GTE uses a conventional six-speed dual-clutch automatic like other models in its showroom, as opposed to a CVT auto like many other hybrids.

In terms of performance, acceleration from 0-100km/h comes up in under 8.0 seconds while the top speed is 220km/h. As you could imagine, the fuel economy is superb with a combined cycle rating of just 2.0L/100km, with a total potential range of 1000km.

Interestingly, PerformanceDrive achieved nearer to 1200km from a tank in the regular Passat 125 TDI, however, this was under mostly highway conditions. The Passat 125 TDI comes with a 68-litre fuel tank while the new GTE hybrid offers only 60 litres.

From the outside it looks fairly similar to the regular Passat range, but there are a few discreet hints to separate it from the rest. The front bumper bar, for instance, is revised and features new LED lights. There’s also large alloy wheels and some unique blue highlighting across the top of the grille. 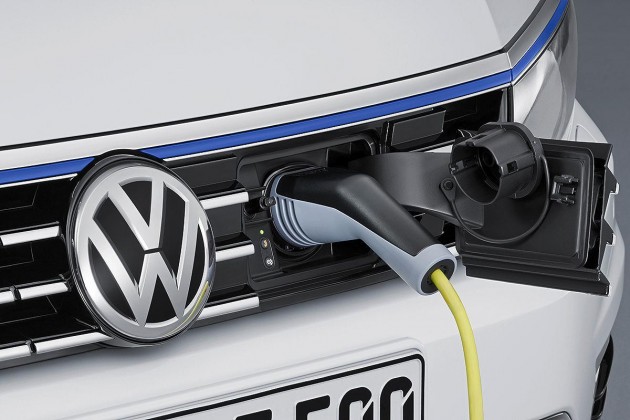 Inside, passengers are treated to all of the convenience and luxury we’ve come to expect from the Passat, but there’s also cool blue ambient lighting throughout, a few blue highlights, a special gear lever and a flat-bottom steering wheel.

Volkswagen will launch the GTE in some markets around the world next year. An Australian introduction seems unlikely at this stage.