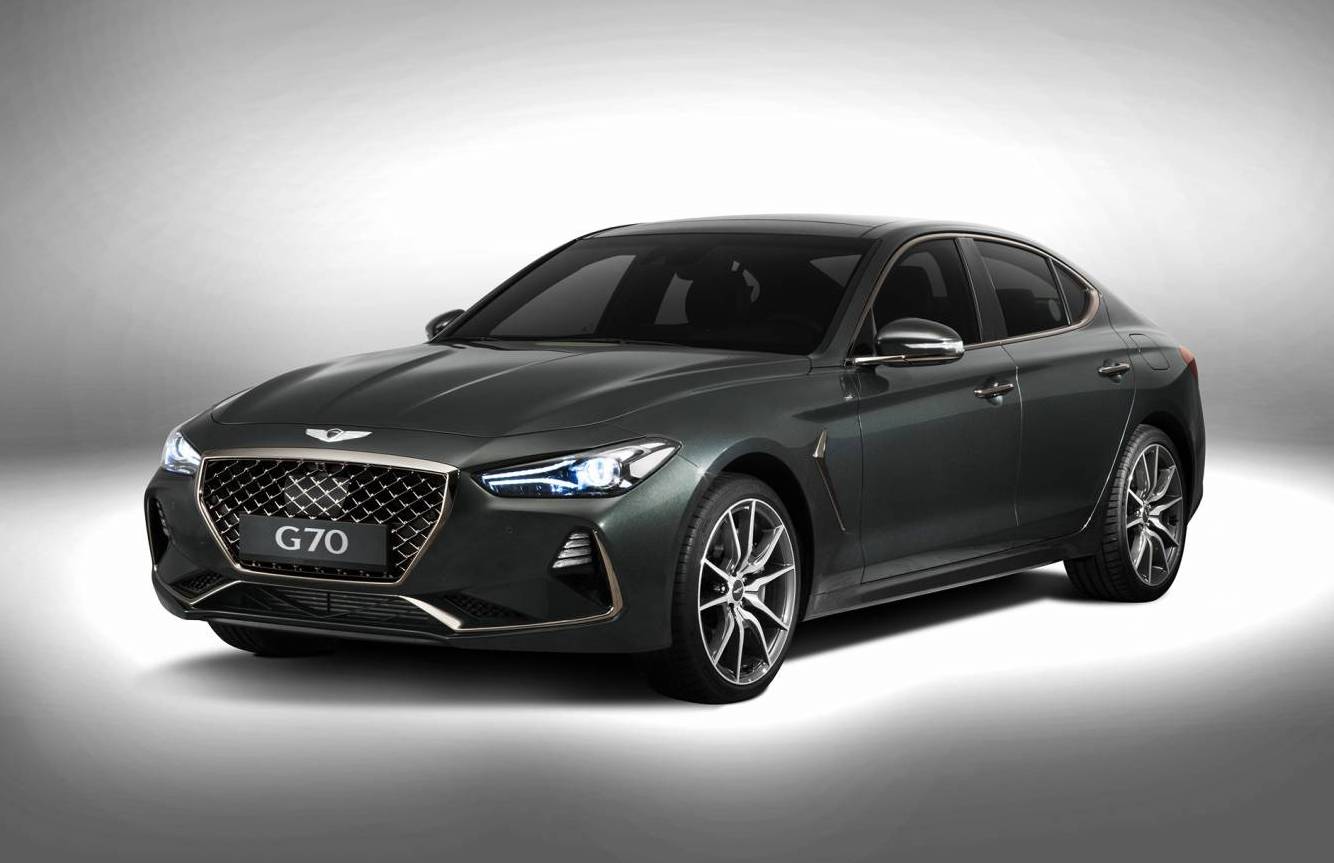 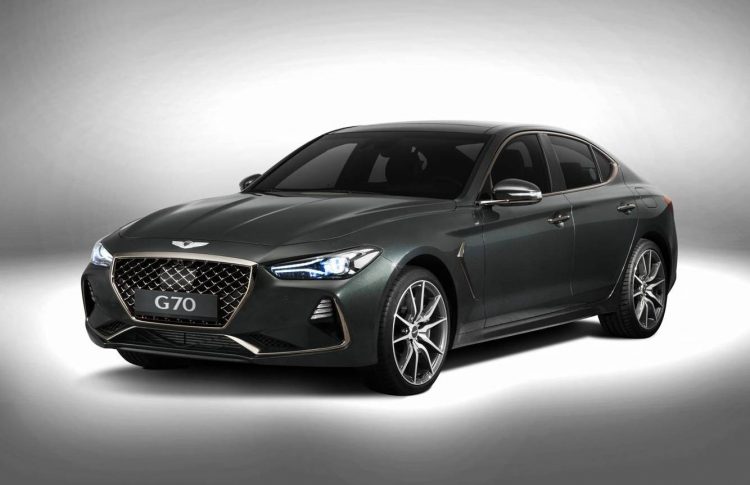 The G70 comes in as the brand’s first mid-size sedan, taking on the likes of the BMW 3 Series, Mercedes-Benz C-Class, and, perhaps more accurately, the Lexus IS and Infiniti Q50. It shares its platform and some components with the Kia Stinger.

Like the Stinger, Genesis confirms there is a range of turbocharged engines matched to a rear-wheel drive and all-wheel drive system. They span from a 2.0-litre turbo producing up to 188kW and 353Nm, to a 2.2-litre turbo-diesel developing 149kW and 441Nm.

As for the design, it sets a new direction for the Genesis brand with future stablemates set to follow. There’s a new-look crest-type grille at the front, similar to Hyundai’s setup, defining body lines with a high waistline, and a raised boot lid at the back with LED taillights.

Inside, Genesis describes it as offering both high function with excellent fit and finish. The design is slightly skewed toward the driver, with a large and thick centre console housing metallic-finished trimmings, a large arm rest, all leading up to a floating table-style touch-screen atop the dash. The 8.0-inch touch-screen includes Apple CarPlay and Android Auto connectivity, playing tunes through a 15-speaker Lexicon sound system.

Genesis is claiming “best-in-class” for safety with the G70, showcasing a range of standard safety features such as forward collision mitigation, Highway Driving Assist, blind-spot warning, and Driver Awareness Warning. The company is aiming to receive the highest ratings from international bodies, including the NHTSA, IIHS and NCAP.

The new model will launch in Korea later this month, with an Australian introduction expected during the first half of 2018.