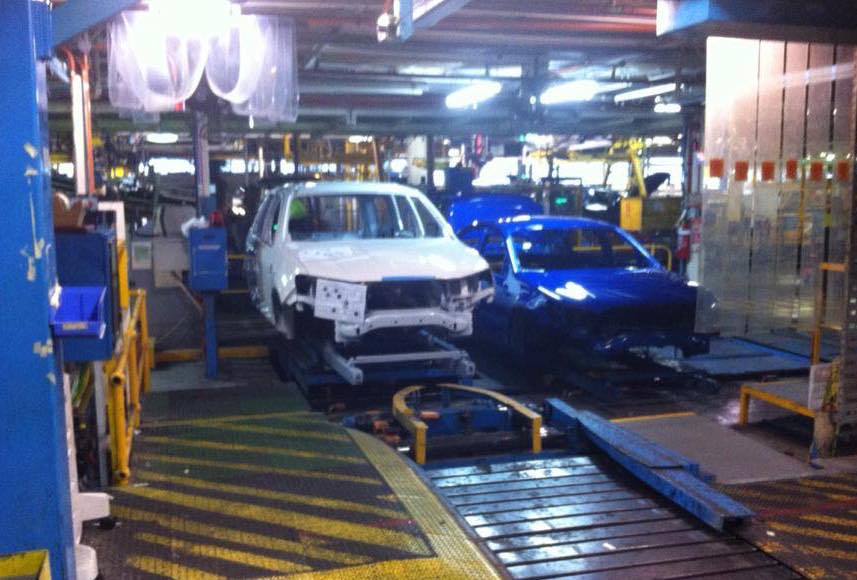 Another image of the final ever Ford Falcon has emerged on a Facebook fan page, joined ominously by its Territory SUV brother. The final cars will apparently finish assembly by 9:30am Friday morning, October 7. 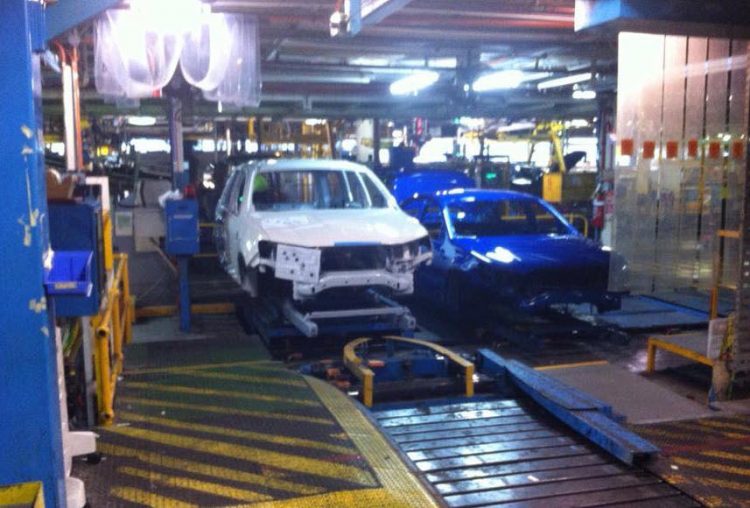 The cars will bring much sadness to Ford fans around the country, with the XR6-based Falcon dressed in Kinetic Blue, and the Territory Titanium TDCi coated in Lightning Strike Silver. This is probably the first time the workers have seen vehicles on the production line with no cars behind them.

As we reported two days ago, both of these cars are to be auctioned off to the benefit of the STEAM program for future young engineers. These will be the last saleable cars, while the very final two examples will be kept in a museum in Dearborn Michigan, much to the consternation of some Falcon fans.

Whether you grew up as a die-hard Ford fan, a Holden fan, or weren’t really into large Aussie sedans, the Falcon’s impact on Australian life is undeniable and influential across a wide range of people.

We expect plenty more Falcon news over the next 48 hours as Ford Australia closes down its manufacturing facility for the last time. We’ll be sure to bring you all of the coverage we find.