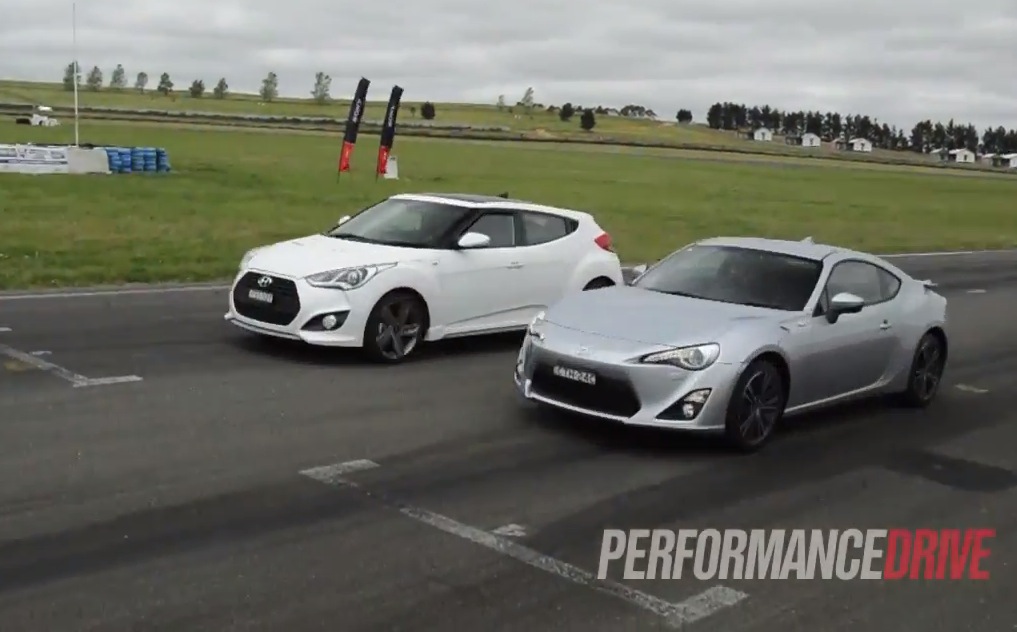 The Toyota 86 and the Hyundai Veloster are the most popular sports cars in the sub-$80k market segment in Australia at the moment, so it’s only natural that we should pitch the two top variants down the main straight on a track to find out which is quickest in an old-fashion drag race. 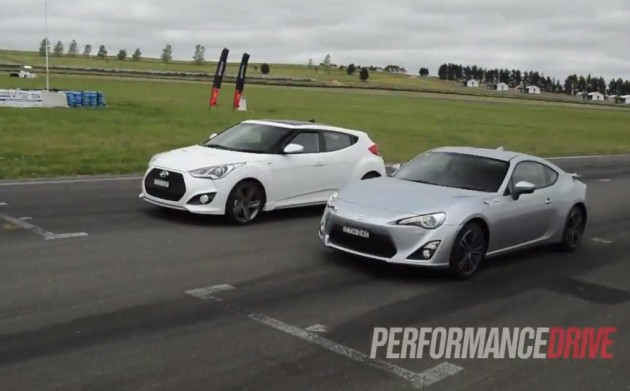 During a recent GP EXEC track day at Wakefield Park circuit, near Goulburn, NSW, we tested these two cars side by side not only to see which is quicker, but also to find out which car is more capable on the track and which car is more enjoyable to drive on a daily basis.

In the Japanese corner, the Toyota 86 is powered by a naturally aspirated boxer four-cylinder engine producing 147kW and 205Nm. It’s matched up to a six-speed manual with rear-wheel drive. The kerb weight for the GTS manual is 1275kg, giving it a power-to-weight ratio of 8.67kg:1kW.

In the South Korean corner, the Veloster SR is equipped with a 1.6-litre turbocharged four-cylinder engine producing 150kW and 265Nm. It also gets a six-speed manual only the power is sent into a front-wheel drive system. The kerb weight for the manual is 1307kg, giving it a slightly less favourable power-to-weight ratio of 8.71kg:1kW.

We’ll be putting together a full comparison review for you soon. In the meantime we thought we’d show you what the two look like running neck and neck on the straight. We also ran the two cars separately for a more controlled acceleration test, with the Hyundai clocking 0-100km/h in 7.2 seconds and the Toyota recording the sprint in 7.4 seconds (videos coming soon).