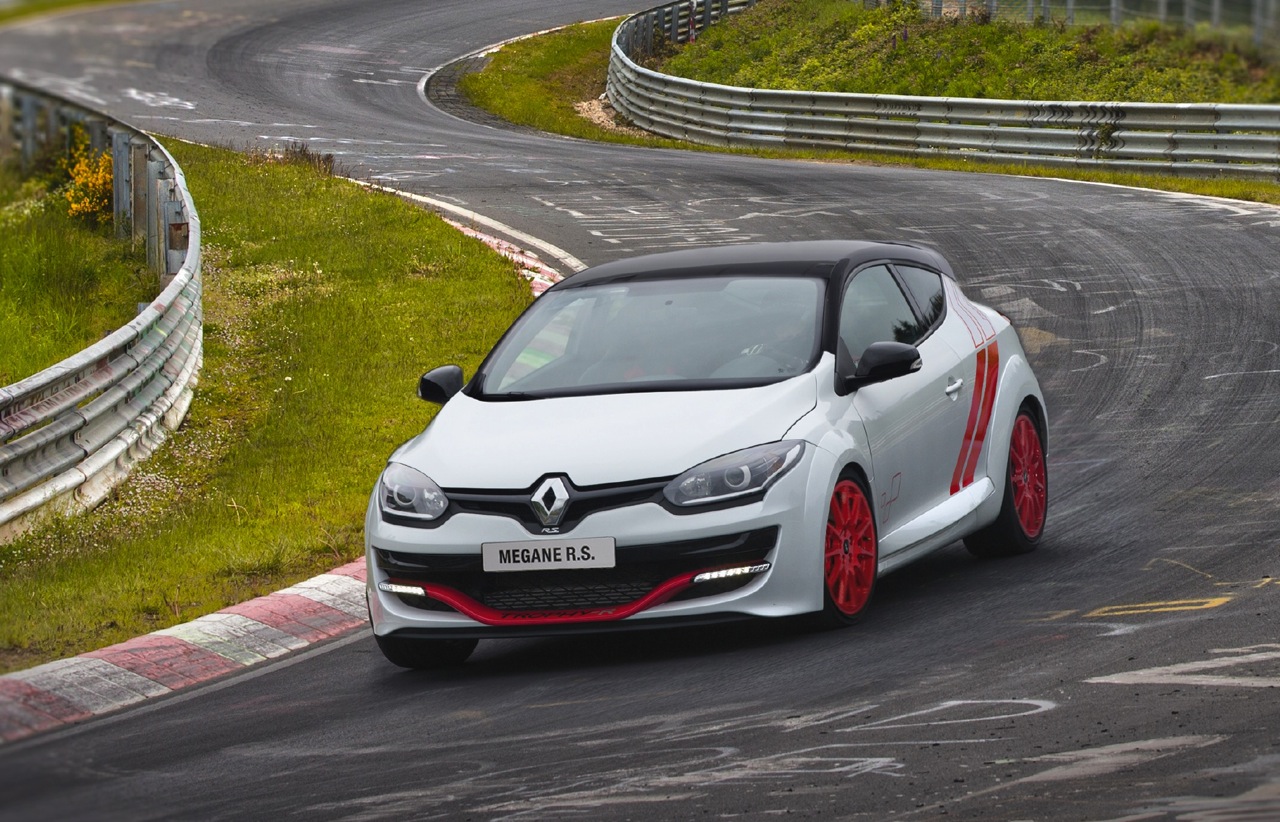 The world-record-holding Renault Megane R.S. 275 Trophy-R will go on sale in Australia next month as the fastest and most serious front-wheel drive car ever offered in the country. 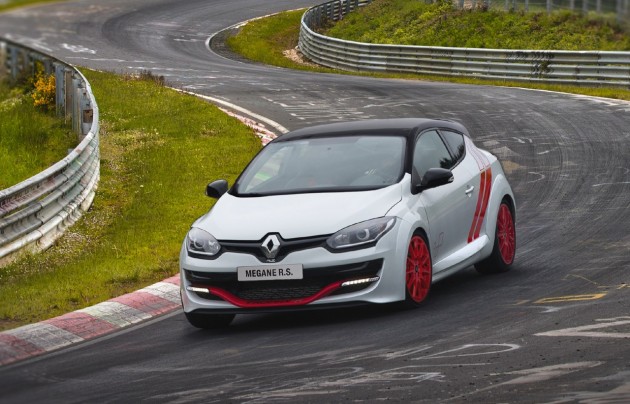 The Trophy-R clocked the fastest Nurburgring lap time for a front-wheel drive production vehicle earlier this year, recording a lap of 7:54.36. This means it’s quicker than a Ferrari F430 (7:55), quicker than a Porsche 996 911 Turbo, and almost as quick as the first-gen R35 Nissan GT-R (7:54).

As you would expect, it’s quite a serious package. It features the bare minimum inside for ultimate lightness, with monocoque Recaro racing seats, six-point harnesses, a lithium-ion battery, and the full Cup-spec chassis with stiff racing suspension.

Power comes from a 2.0-litre turbo four-cylinder engine producing 201kW and 360Nm, which is matched up to a six-speed manual transmission. It’s all fed into a front-wheel drive system with a limited-slip differential.

“Renault Australia is the second highest selling country in the world for Renault Sport in 2014 and I’m confident that all 50 vehicles will be sold very quickly. We’ve already seen several customers place deposits for the Megane R.S. 275 Trophy-R without having seen the vehicle.”

Just 250 of these little pocket rockets are being made for 15 international markets, and surprisingly Australia is getting 50 of them. This proves that we are a nation of sports car and hot hatch lovers. It officially arrives in January, 2015, with prices starting at $61,990.