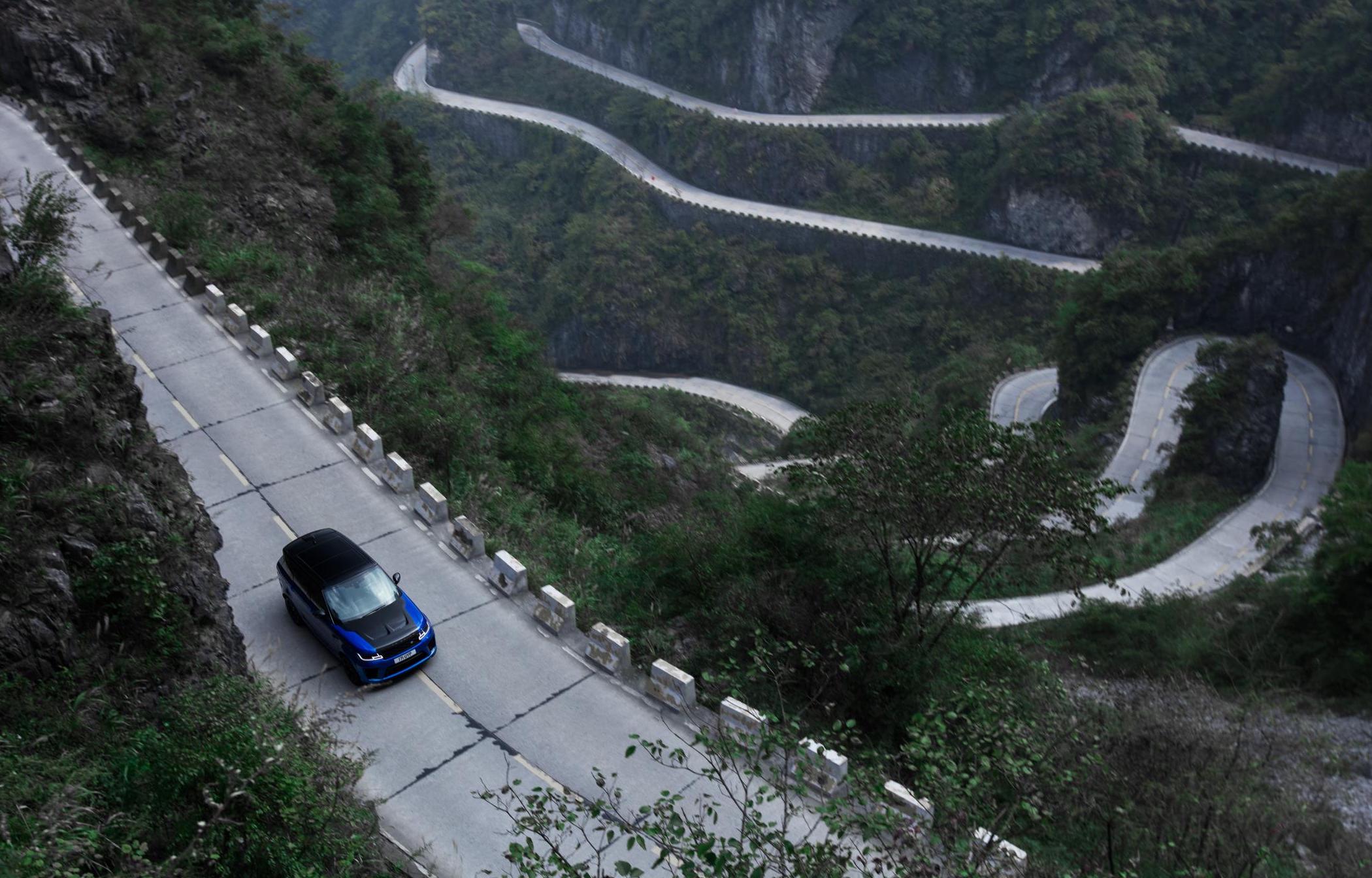 Range Rover has set another record in China – obviously it’s trying to make a nice impression there – by taking one of its awesome Range Rover Sport SVR models up the Tianmen Road in record time. 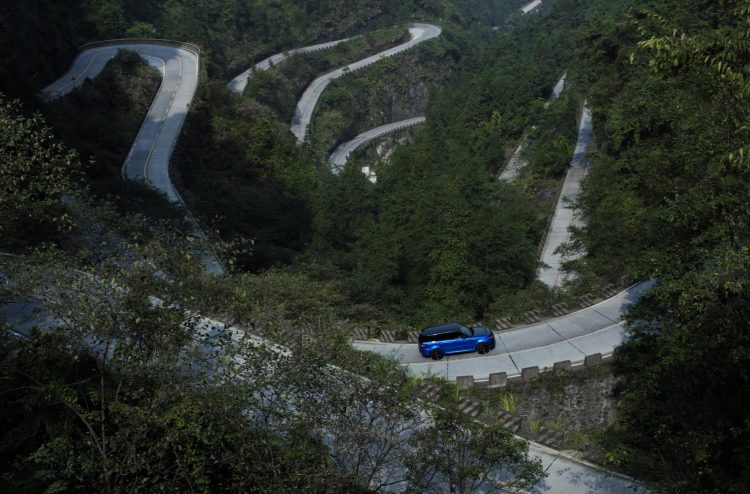 The road, incorporating 99 turns, travels up to the top of Tianmen Mountain which stands a smidge over 1.5km above sea level. With Panasonic Jaguar racing driver Ho-Pin Tung behind the wheel, a standard spec Range Rover Sport SVR made the climb in 9 minutes and 51 seconds, setting unofficial record.

What’s this time mean? Well, the previous record was set in 2016 by none other than a Ferrari 458 supercar, clocking the run in 10 minutes and 31 seconds. In setting the new record the big beast averaged 68.8km/h, which is very impressive considering the steepness and the sheer amount of twists and turns involved. 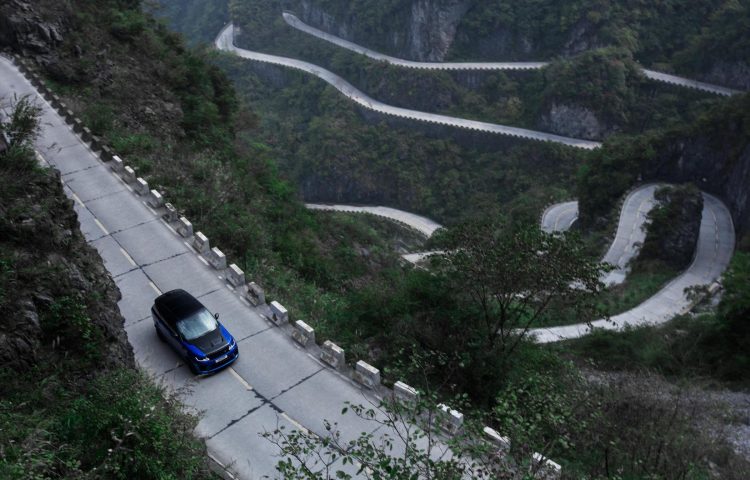 Helping to set the record was the SVR’s 5.0-litre supercharged V8 engine that produces 423kW and 700Nm. The rest of the SUV is overhauled by Jaguar Land Rover’s Special Vehicle Operations team, enhancing everything from the brakes, the aero for the body, cooling, and suspension to help with overall performance.

Taking the SVR up the hill climb must have been an exciting drive for Tung, with the sound of the V8 alone capable of making your knees weak (check out our Range Rover Sport SVR review and 0-100km/h video to hear for yourself). Speaking about the effort, Tung said:

“Maintaining concentration was the biggest challenge as the road twists and turns constantly, with huge drop-offs to the side. The consequences of getting it wrong would have been really serious so I focused on establishing a rhythm and the Range Rover Sport SVR made this easy.” 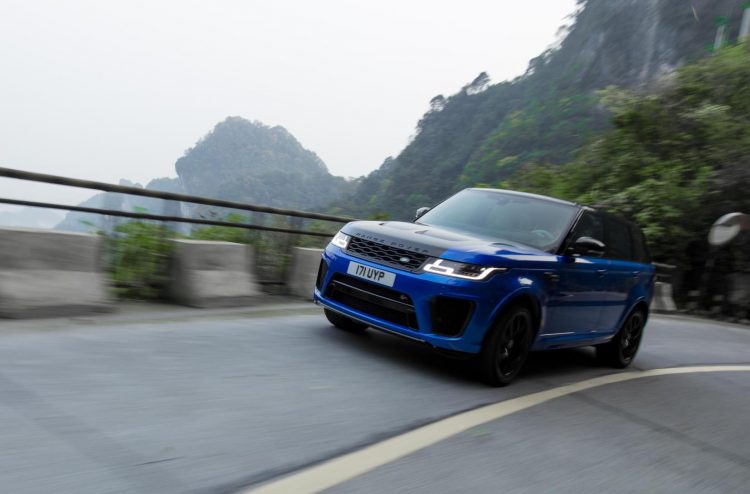 Fans might remember Range Rover set another record last month, climbing the iconic Heaven’s Gate staircase, also in China, in record time. The company used the new Range Rover PHEV to complete the 999-step climb, which also has a 99-bend road, with Ho-Pin Tung behind the wheel once again. Check out the video below outlining the latest sprint.