Ever wondered how much horsepower the most powerful Mitsubishi Lancer Evolution X in the world has? Wonder no more. According to the team behind this video, the magic figure is 908hp (677kW) at the wheels. It was recently reached by the 3D Motorsports Mitsubishi Lancer Evo X. 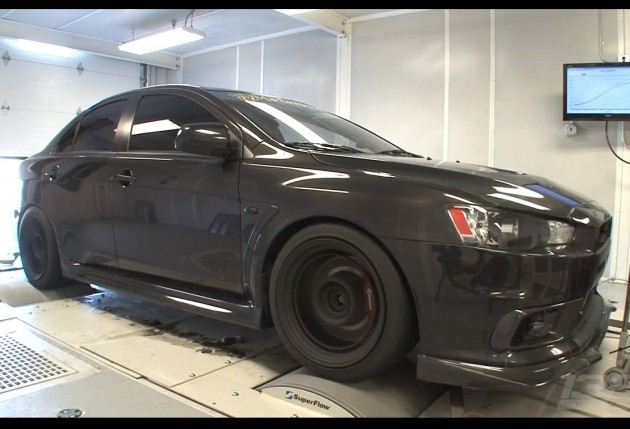 Featuring the factory engine capacity of 2.0 litres, the 3D Motorsports Evo X has been built with the help of DKT Performance and Daves Crankshaft. The car showcases extensive engine modifications, including fresh bolt-on components and presumably some heavily beefed up engine internals.

We’re not sure on the full specifications of the engine and its parts, but the owner does say the car is running over 40psi of turbo pressure towards the end of the clip. This kind of boost level would require some seriously strengthened up engine internals to ensure the motor doesn’t explode under full boost.

With 677kW at the wheels, it results in around 800kW at the engine. Incredible stuff. You can see what all this power means out on the road. It only takes around one second for the car to be one hundred-plus metres down the road.

Click play below to take a look at this wild beast.