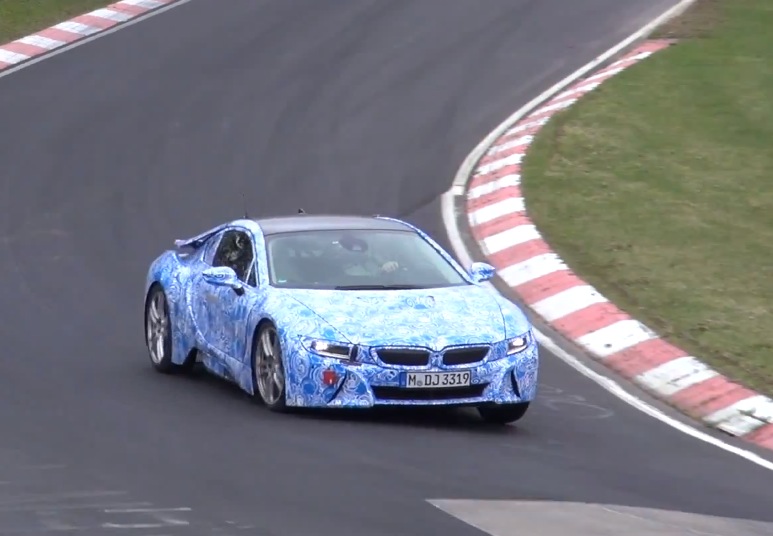 BMW has been spotted testing a prototype version of the all-new BMW i8 efficiency-focused supercar. The prototype, seen here on Germany’s Nurburgring, is still wearing plenty of camouflage. It will become BMW’s halo showcase for its EfficientDynamics technologies. 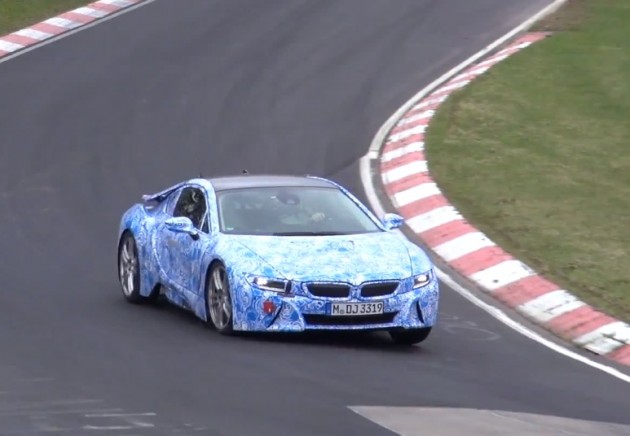 Despite being powered by a complex hybrid powertrain comprising of a three-cylinder combustion engine, it’s good to hear BMW hasn’t sucked out any of that traditional sports car engine note.

The i8 is set to come with a 1.5-litre three-cylinder turbo petrol engine producing 164kW and 300Nm alone. With the help of an electric motor adding a further 96kW, the i8 will not only be seriously fuel efficient – around 2.9L/100km – it will also be very quick.

With an extravagant wind-cutting body (co-efficient drag of 0.22) made mostly of lightweight materials such as polycarbonate glass, acceleration from 0-100km/h will take around 4.8 seconds. Total kerb weight is expected to sit at around 1500kg.

Although there is still a psychedelic disorienting paint job on this prototype, much of the low profile body styling is expected to carry over onto the showroom model. Features are likely to include slim LED lights, the interesting winglets on the C-pillars, as well as some dramatic up-swinging doors.

The plug-in hybrid is scheduled to arrive on the market towards the end of this year. Click play below for a bit of a taste.