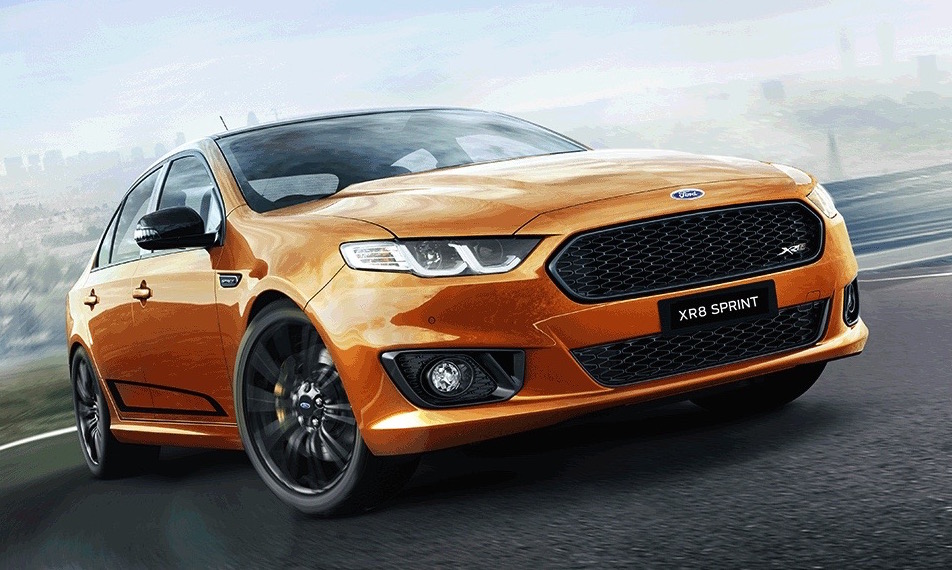 Further information about Ford’s 2016 XR6 Sprint and XR8 Sprint have come to light, following the manufacturer earlier this week revealing the unprecedented use of carbon fibre in a Falcon. 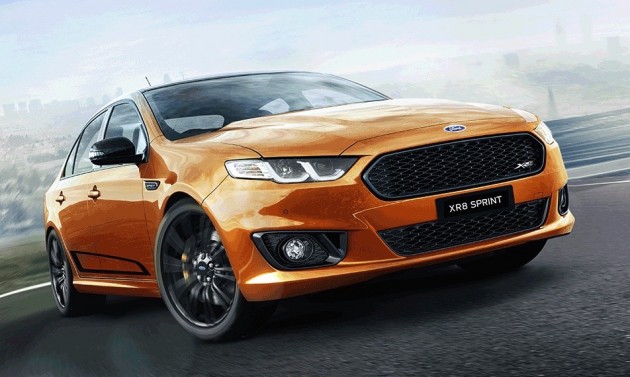 This time, chassis, torque and build sequence information has been leaked online, with final comprehensive specs and full pictures expected later in the week.

With regards to suspension, Ford is said to have revised the existing R-Spec suspension package currently used on XR8 and previously the FPV GT-F, to increase grip and ride quality. Engineers have done this while adding firmness to springs and rebound damping, for more neutrality while cornering.

Instead of the usual Dunlop SP Sportmaxx tyres previously used in fast Falcons, Pirelli P-Zero’s have apparently been enlisted, potentially ending the launch woes testers have when trying to cleanly and consistently produce performance times.

Braking will also benefit from this, as well as the six-piston front and four-piston rear Brembo package with gold calipers.

The XR6 Sprint produces its 325kW at 6000rpm and 576Nm at 2750rpm, while its bent-eight brother makes 345kW at 5750rpm and 575Nm from 2200 and all the way to 6250rpm. Bear in mind, Ford uses the conservative DIN testing method, rather than ECE used by some competitors such as HSV. More engine details are expected to come later in the week.

The carbon fibre intake for the XR6 Sprint will be manufactured by Geelong’s Quickstep Automotive; a company we also reported as developing carbon fibre parts for a special Holden Commodore last year. Quickstep is based in Geelong, alongside fellow carbon fibre manufacturer Carbon Revolution. Both are based at Deakin University and represent an ironic transition into advanced manufacturing as the car industry seems to be shutting down.

The first and last of both versions are spoken for, as are the number which represents the kilowatt count. So that means 1, 325 and 500 for the XR6 Sprint, and 1, 345 and 750 for the big banger are apparently sold. Interestingly, it’s understood the cars will not be built in sequence.