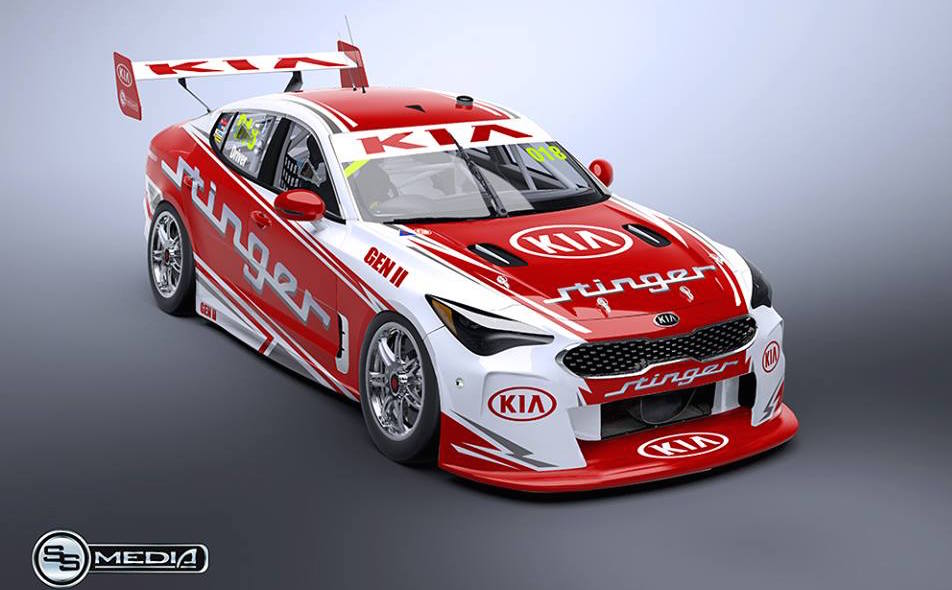 It’s no secret that Kia is looking long and hard at entering the Virgin Australia Supercars Championship, to compete with Holden, Nissan, Volvo and any other manufactuers who might be signing on come 2018 when the rules change. 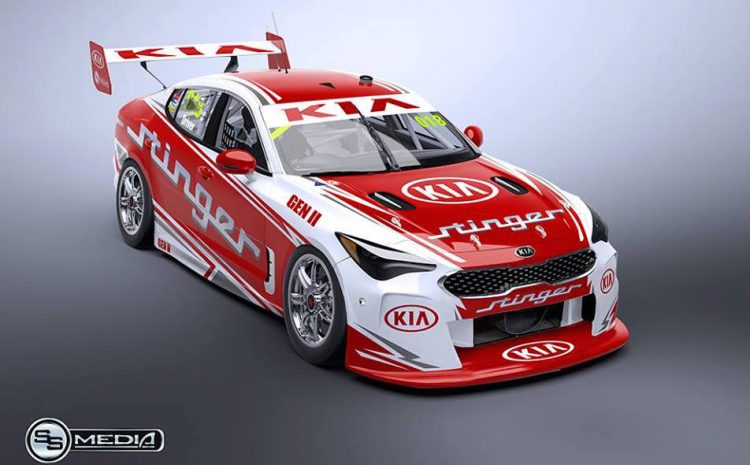 In that vein, a few people have had a crack at what a Kia Stinger-based entrant may look like, with the latest being SSMedia via their Facebook page.

The renderings retain the Stinger’s sleek four-door coupe profile, cab-rearward proportions and quarter panel vents, and add some serious aero in the form of a giant rear wing, ground-hugging side skirts and a front spoiler ready to scoop up tonnes of air. A de rigeur fast re-fuelling system is added too, with side exiting exhausts and regulation spec wheels and tyres completing the Stinger’s transition to race spec.

The sport is definitely evolving from its roots as a two-manufacturer, V8, live axle series in the 1990s and early 2000s, to where this and the Holden Commodore will both feature twin-turbo V6 engines.

The difference is, the Kia, being rear-wheel drive and turbo in production form, will more closely mirror the spec of its racing progenitor. What do you think? Would you like to see Kia on the starting grid? 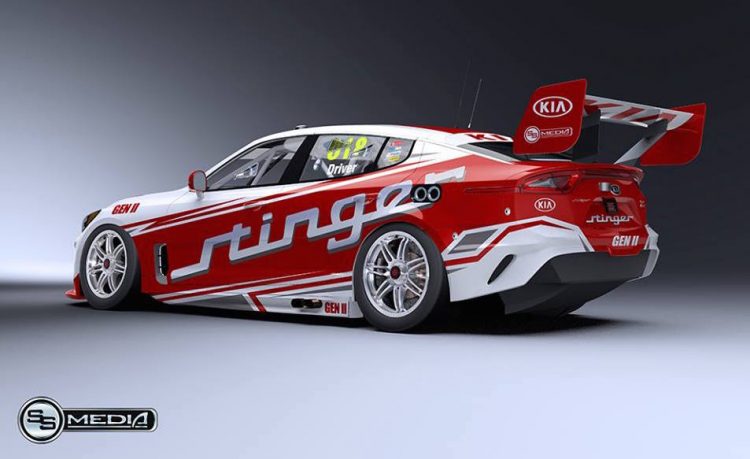 The first examples of the high-performance Kia EV6 GT variant have arrived here in Australia after completing a gruelling round...