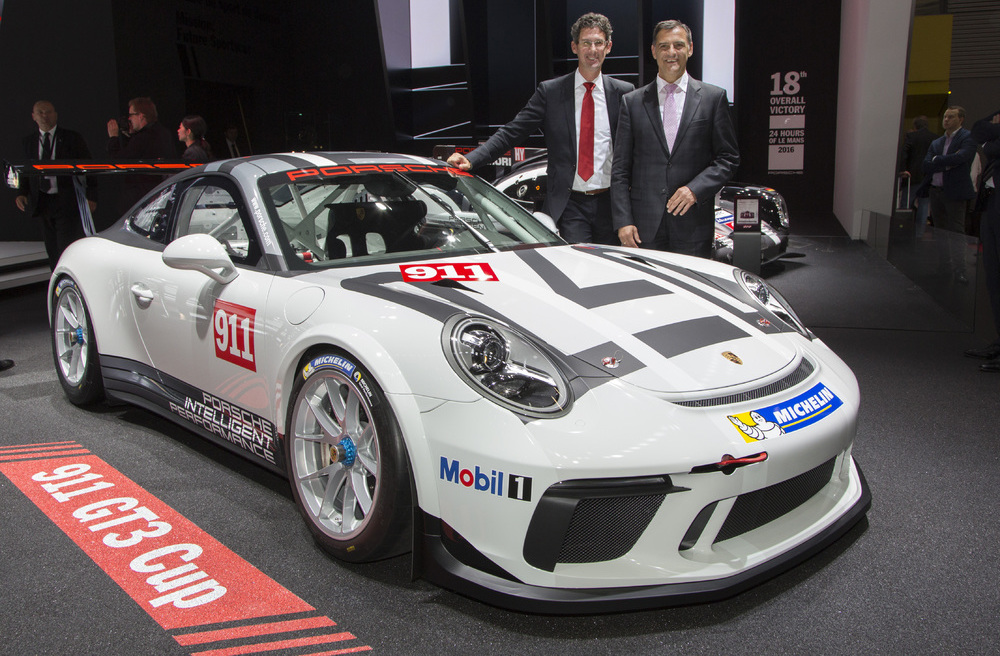 Porsche has taken to the 2016 Paris Motor Show to unveil its latest iteration of the world’s best-selling race car; the 911 GT3 Cup. 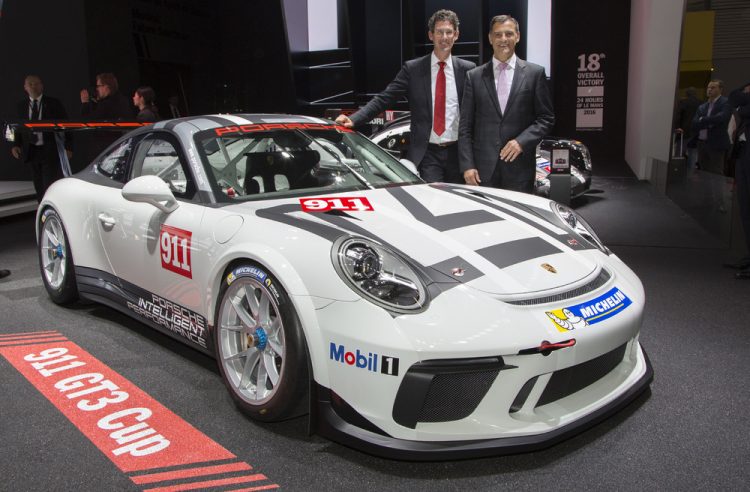 Now powered by a direct-injected 4.0-litre flat-six powertrain producing 357kW, up from the previous generation’s 338kW 3.8-litre flat-six. Power is transferred to the rear wheels via a six-speed sequential gearbox. Porsche says the powertrain is more durable for a race season thanks to a heavy-duty crankshaft, rocker arms and addition of centrifuge to de-foam the engine’s oil.

Weight is down, with the 2017 GT3 Cup now constructed from a combination of aluminium and steel for a mixture of both rigidity and lightness, tipping the scales at 1200kg.

Downforce has improved from Porsche’s redesign of the front splitter, as well as the addition of a massive 184cm-wide rear spoiler. The 911 GT3 Cup rides on 18-inch wheels wrapped in 270-section front and 310-section rear Michelin racing slicks.

The end result of these changes will be the reduction of lap times when the GT3 Cup hits circuits competing in events like the Porsche Mobil 1 Supercar event which follows the F1 tour. It will also enter events like the Carrera Cup Deutschland and Carrera Cup North America.