It’s not very often you get two company bosses exchanging products for each to try out. Recently though, Toyota president and CEO Akio Toyoda and Aston Martin CEO Dr. Ulrich Bez decided try out each other’s cars during the ninth round of the 2011 VLN series. 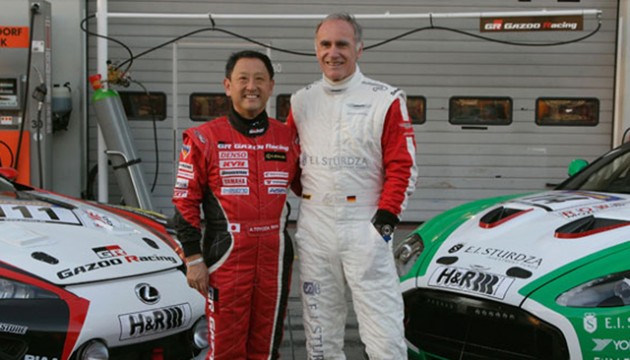 The companies are apparently very close on the race track and have even shared pit garages together in the past when facilities became too full. Dr. Bez recently said,

“As I learnt that our teams would share a garage once again I renewed my invitation to Akio Toyoda to drive an Aston Martin race car and I was delighted to accept his offer in return.

“We have raced side by side regularly since the 2008 24 hour race here at the Nurburgring. Since then a personal friendship has developed into this decision to experience each other’s race cars.”

It didn’t all go according to plan though, as you’ll see in the video below. It appears the Aston Martin V12 Zagato being driven by one of the Aston Martin drivers got into a bit of a bingle.

This sent the V12 Zagato into a spin and unfortunately, into the trackside concrete wall a couple of times. The front end of the Zagato did suffer fairly serious cosmetic damage, but not enough that the car could no longer be driven.

Click play on the video below to see how it all happened.