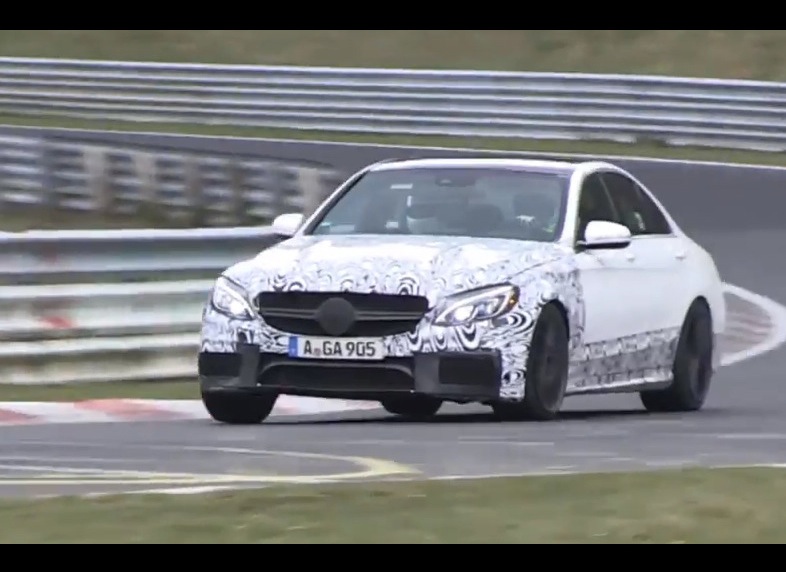 Mercedes-Benz has been spotted test driving a prototype version of the next-gen 2015 C 63 AMG high-performance sedan. The popular model is set to come with a turbocharged engine for the very first time. 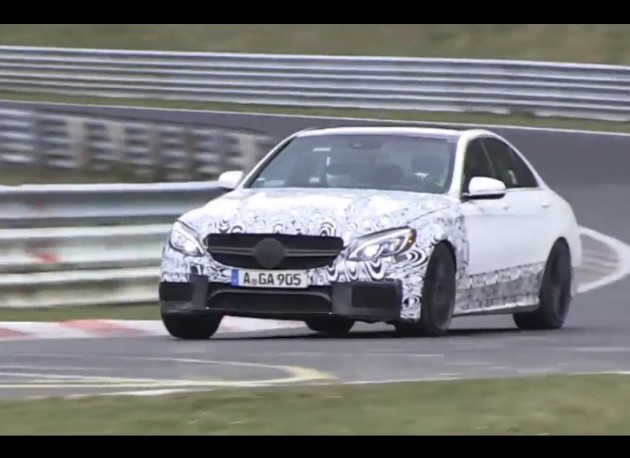 Spotted doing some testing at the Nurburgring in Germany, the prototype seems relatively undisguised with only some disorienting camouflage on the front and down the sides.

Telltale signs that this is the hot AMG version? The aggressive front chin and deep spoiler, the large alloy wheels doing their best to conceal perforated brake discs, and quad-outlet exhaust pipes at the back.

According to reports the new model will come with a freshly developed 4.0-litre twin-turbo V8 producing around 360kW. It’s believed the engine is made up of a combination of two AMG 2.0-litre turbocharged four-cylinder engines (seen in the A 45 AMG), which develop 265kW on their own.

Like the E 63 AMG ‘S’, an S version of the C 63 could be on the cards with even more power. Such an option is expected to come with minor handling and styling tweaks as well.

A full unveiling will take place later this year. Click play on the video below, posted on worldcarfans YouTube channel, for an early preview. It looks like it’s going to be an extremely quick car.