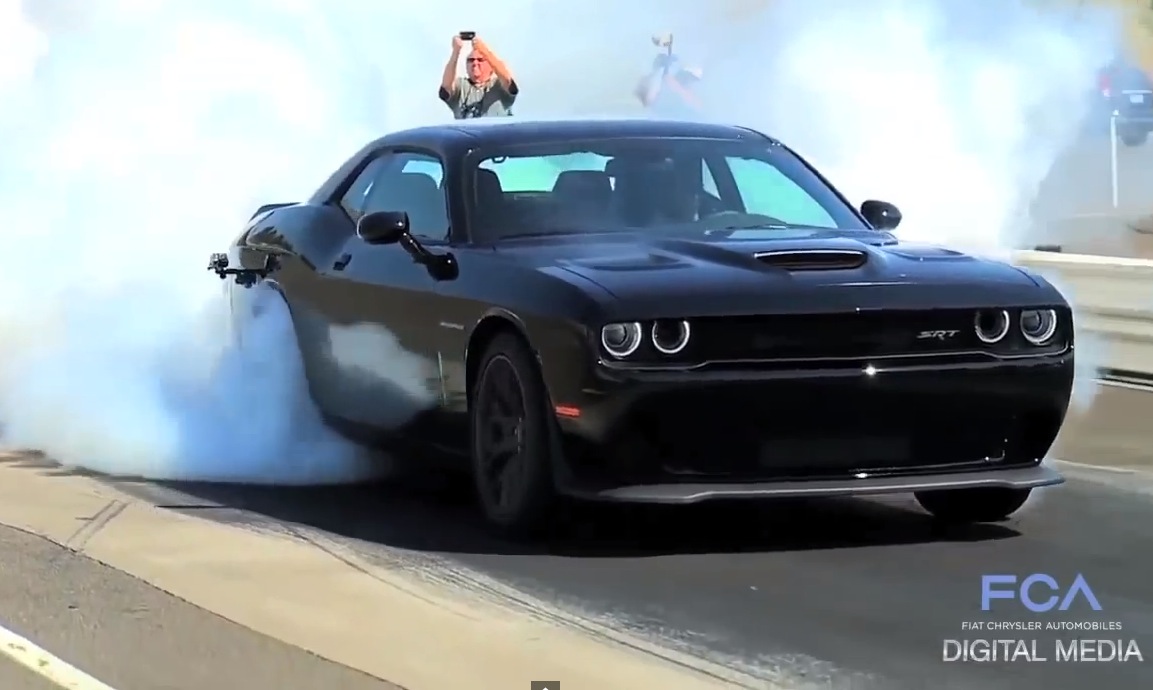 It seems Fiat Chrysler Automobiles is very proud of its new flagship Dodge SRT Hellcat muscle cars, to the extent where it has put together a neat little video capturing some of the best burnouts by the new cars. 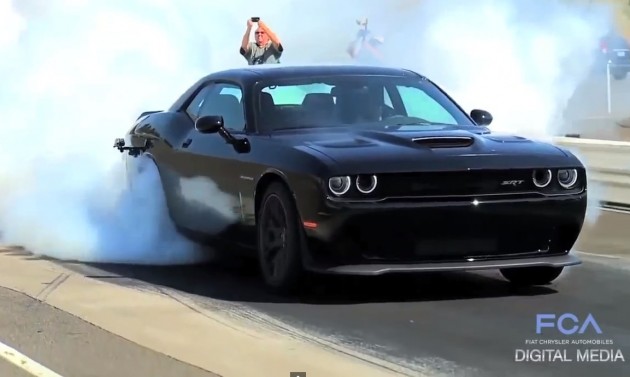 Dodge introduced its new line of performance vehicles late in 2014, including the Charger SRT Hellcat and the Challenger SRT Hellcat. Both feature the company’s most powerful V8 production engine ever made, consisting of a 6.2-litre supercharged unit producing an almighty 527kW of power and 880Nm of torque.

With street legal drag tyres the Challenger SRT is able to conquer the quarter mile in just 10.8 seconds, or 11.2 seconds with the standard Pirelli P Zero tyres. Meanwhile, the Charger SRT sedan is able to cover the sprint in 11.0 seconds, making it the quickest production sedan in the world.

We can only hope that one day Chrysler decides to introduce the cars here in Australia. Click play below to see how well they can destroy a set of rear tyres.

Chrysler has announced that it will make its official exit from the Australian market after parent company, Stellantis, gave its...