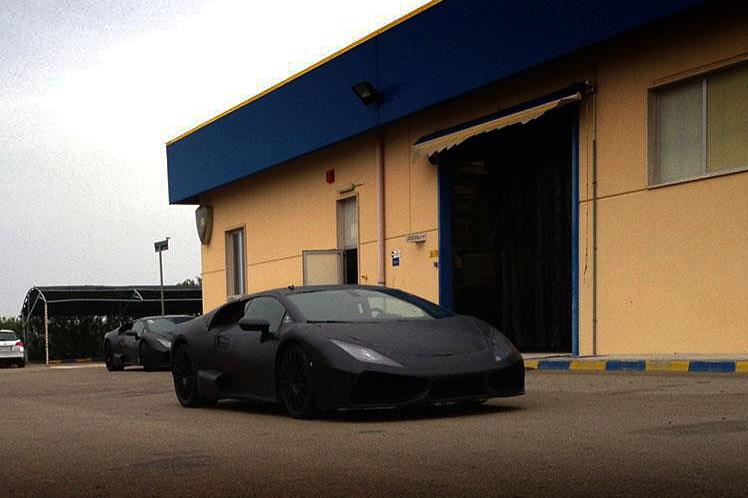 A prototype version of the upcoming Lamborghini Gallardo successor, dubbed the ‘Cabrera’, has been spotted. An image has just surfaced online, giving us all a glimpse of what the new model will look like. 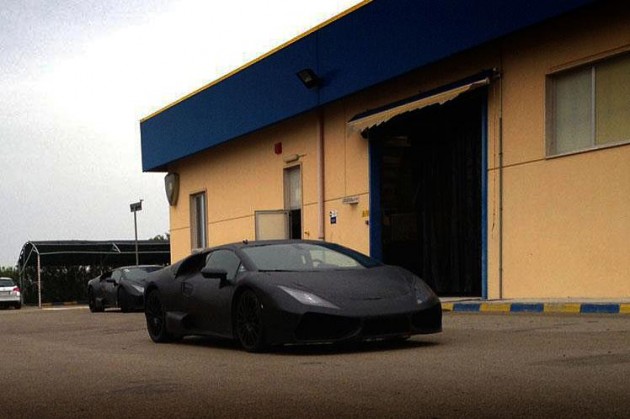 The image, first revealed on YouTube channel Shmee150’s Facebook page, shows the prototype wearing plenty of black camouflage and cladding to help disguise the new model. However, you can faintly see the design direction that Lamborghini could be going for.

Showcasing a very low and pointed nose, the Cabrera looks like it might feature more angled headlights compared with the Gallardo. The windscreen and A-pillars also appear lower for a more low profile look, with a rounder, swept-over roofline.

Towards the rear you can see huge engine air intakes which are moved up from behind the doors on the Gallardo, to a higher position just behind the front windows. The position of these are similar to the rising intakes on the old Murcielago.

As reported earlier today, a concept version of the new Gallardo is apparently headed for the Frankfurt Motor Show in September this year. The subsequent production version is likely to be revealed early in 2014.

The new model is set to come with a tweaked version of the 5.2-litre V10 as seen in the Gallardo. Power is expected to top the 450kW mark, spinning through an all-wheel drive system.

More details are expected in the coming months, leading up to the Frankfurt show.