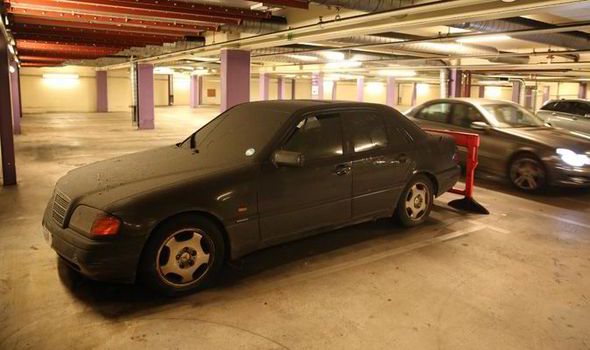 Ashes to ashes, dust to dust. Birmingham’s latest mystery has not yet been reduced to cinders, but it has certainly managed to collect its fair share of dirt nevertheless. Talk of the town is a poor Mercedes C-Class, ruthlessly left behind in Broadway Plaza Car Park for the last three years. Three years, you read that correctly.

Once, the streamlined bodywork must have been an intense hue of gleaming black. Now, it almost seamlessly melts away into the murky coat of grime shrouding the windshields. The gloomy look contrasts sharply with the bright orange safety banner close by. Almost everyone frequenting the 1400 spaces of the multi-storey has racked their brains for a reasonable explanation of the automobile’s eternal seclusion.

When car park management firm APCOA examined the stubborn occupant, the answer seemed nigh. The sedan proved unlocked, and the manual inside revealed the driver’s personal data. However, all attempts to contact the owner failed. Damage to the rear axle further rooted the unfortunate car to the spot. Police investigations have confirmed that the Mercedes was neither stolen nor linked to another criminal act.

Four months ago, APCOA already pleaded for removal with the Birmingham City Council, to no effect. In the meantime, the lonely vehicle’s dusty varnish has thickened steadily, and so has the parking fee. As Broadway Plaza Car Park charges customers £13 a day, a quick multiplication unfolds a current fine of £14,235 (about AU$25,476).

A West Midland Police spokeswoman declared that if the owner remains untraceable, they will eventually haul the car out of its destitution. Since the building is no property of APCOA, the Mercedes’ possessor faces payment of all outstanding fees. Christmas season is upon us, so this mysterious person might as well consider helping the homeless and re-adopt this lonesome vagabond. Considering the skyrocketing costs, though, Santa Claus will most likely not bother to give them any other presents this year.