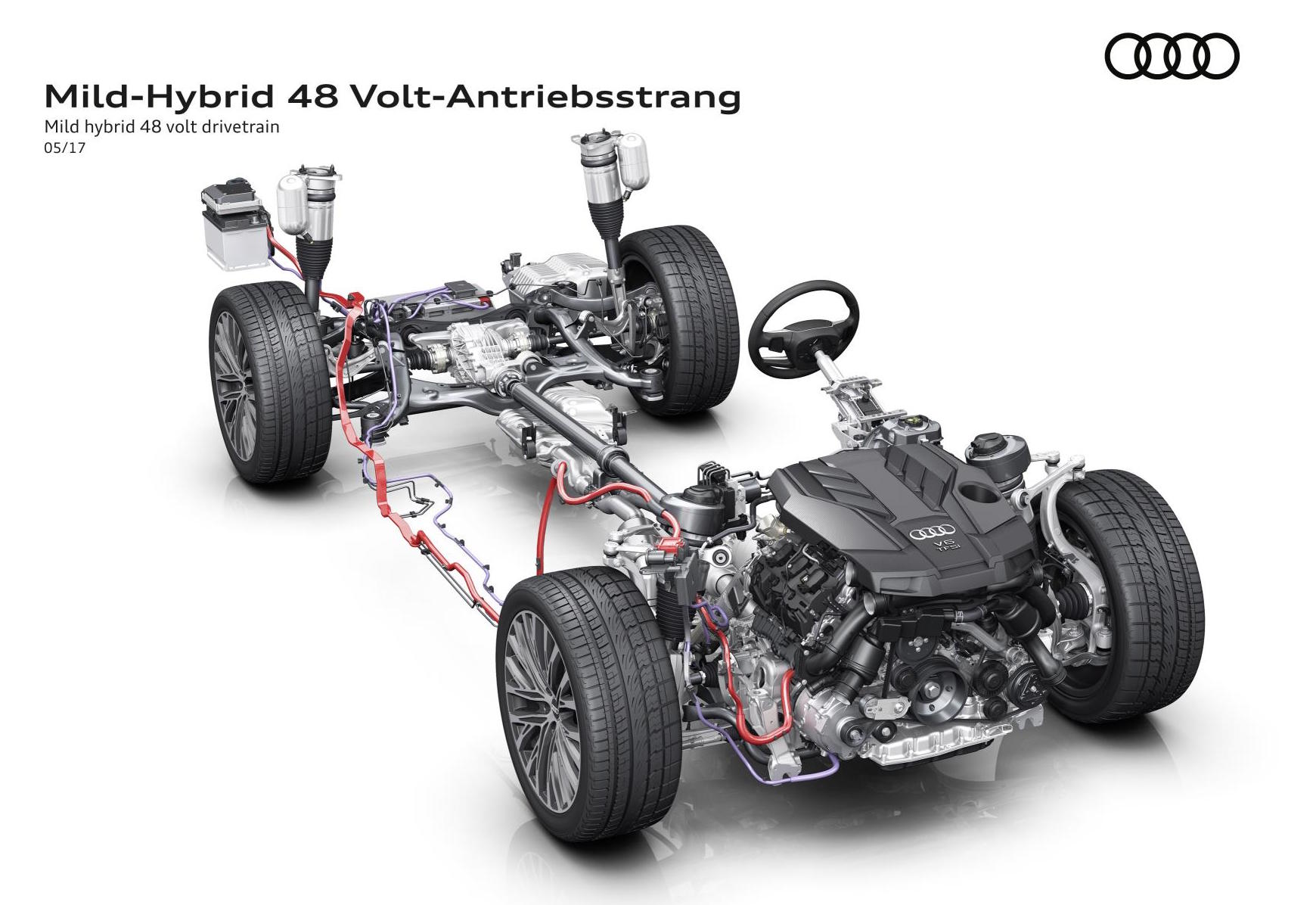 Audi is previewing the electric drivetrain system that will be available in the upcoming, next-gen A8 luxury sedan later this year. 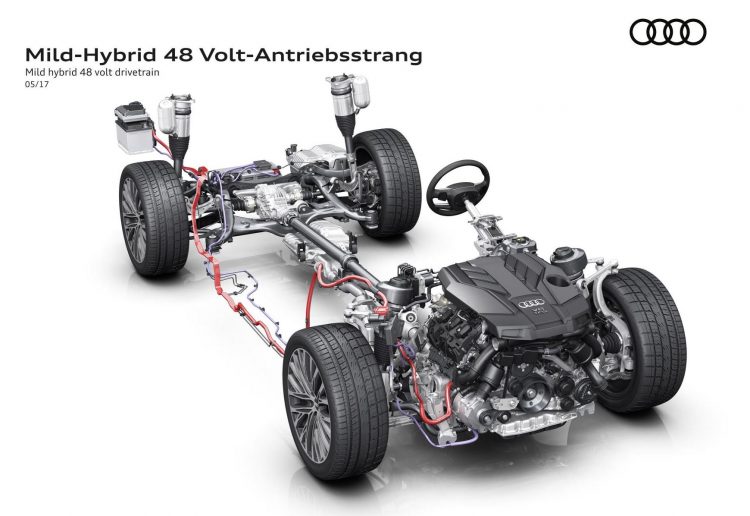 The new Audi A8 will be the brand’s first production car to feature an electrified drivetrain as standard. All combustion engine variants will feature what’s known as ‘mild hybrid’ technology, via a 48-volt electrical system that will take charge of primary electric functions.

This will be the first time an Audi will use such a system as standard. It comprises of two main components, including a water-cooled 48-volt belt alternator starter, complimenting the pinion starter, along with a lithium-ion battery in the cargo area which acts as an energy accumulator with a 10 Ah charge carrier capacity.

With the belt alternator system in place, it will allow a smoother transition for the automatic stop-start system. Audi says the start-up process is immediate, allowing the car to accelerate away without any delay, even in unusual circumstances including when the driver rolls to a stop just as a traffic light turns green.

On top of this, the stop-start system is advanced enough that it can detect if a vehicle in front moves off and can automatically restart the engine before the driver even goes for the accelerator pedal. If certain functions in the car are demanded, such as a passenger turning up the climate control, the engine also restarts “extra-smoothly and quietly” as needed.

Audi says the new A8 will come with an advanced coasting function that operates in a noiseless coast inside a wide speed range of 55km/h and up to 160km/h. It can coast for up to 40 seconds with the combustion engine completely switched off, providing a big saving in fuel consumption.

The company says this clever new electrical system helps to cut fuel consumption by up to 0.7L/100km, adding around 100km to the car’s overall range. Overall range details are yet to be revealed, along with the powertrain options that will be available.

All will be revealed at the Audi Summit in Barcelona, Spain, on July 11. The new A8 will be the first of a wave of new models coming in the next few years. The new A7 will debut this year as well, along with the Q8 and Q4 SUVs by 2019.