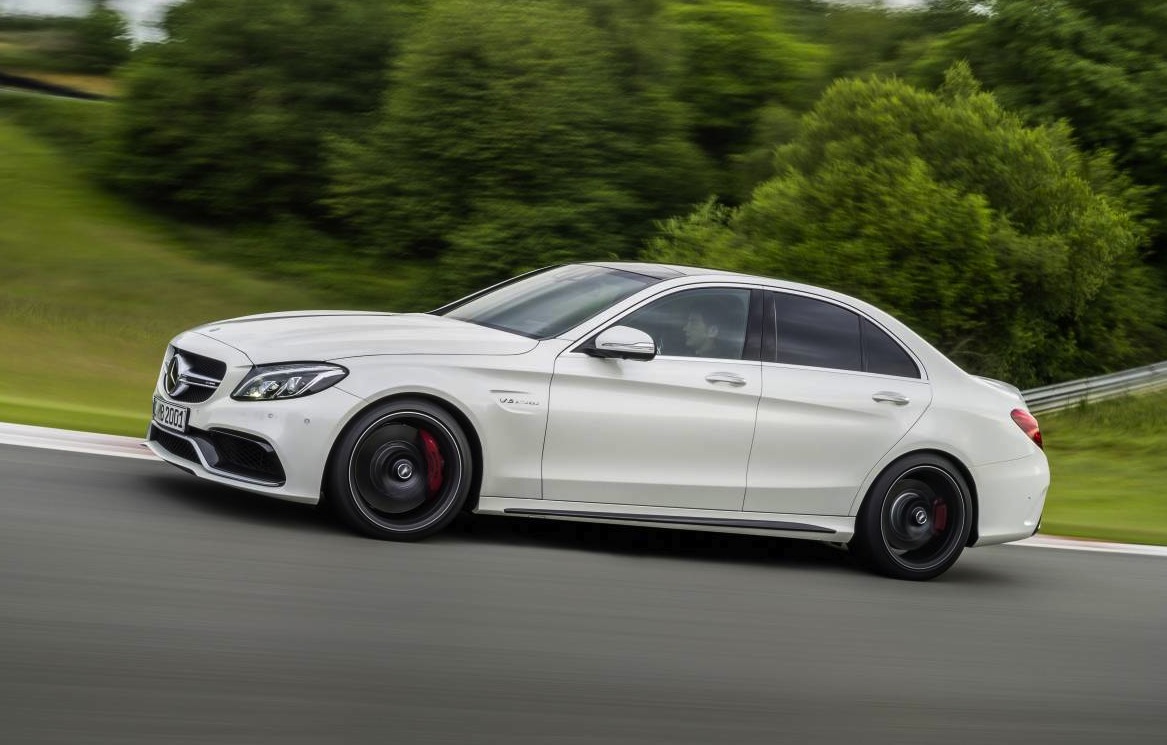 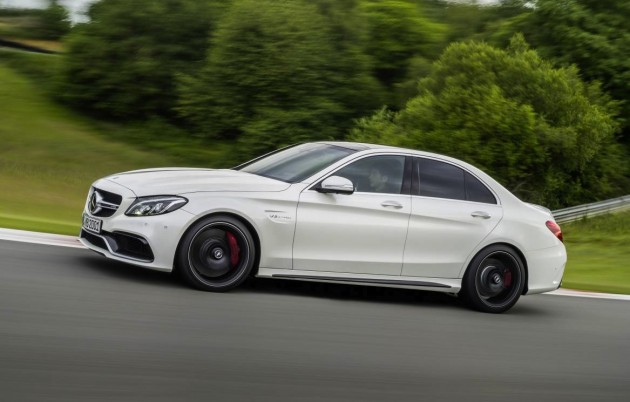 For the first time the C-Class AMG monster comes with a turbocharged engine. It’s the 4.0-litre twin-turbo V8 first seen in the new AMG-GT coupe. Fortunately, it only comes in S form in Australia, pumping out a class-topping 375kW of power and 700Nm of torque.

Performance is also at the top of the class, with 0-100km/h coming up in just 4.0 seconds for the sedan (1655kg) and 4.1 seconds for the estate (1730kg). Despite the cracking acceleration, the combined fuel consumption is rated at just 8.6L/100km – similar to regular hatchbacks not that long ago.

Like the model it replaces, the new C 63 AMG can be distinguished by unique body styling and enhancements. There’s an aggressive front bumper bar with large intakes, neat side skirts, and a diffuser at the back encompassing quad-outlet exhausts. There’s also a set of 19-inch alloy wheels to further boost its street presence.

Standard features for the new edition are also very inviting, consisting of an AMG instrument cluster with a TFT display and a race timer, an AMG performance exhaust, AMG seats and steering wheel, a panoramic glass roof, and a kicking 13-speaker Burmester sound system, all as standard.

The new model is expected to be even more popular than the outgoing version. Horst von Sanden, Mercedes CEO, spoke about the new model in an official statement, saying,

“The sales figures of the previous generation speak for themselves and we know from customer enquiry that the new Mercedes-AMG C 63 S Sedan and Estate with their impressive credentials will set a new benchmark not just in driving performance but in compelling value in both equipment and safety.” 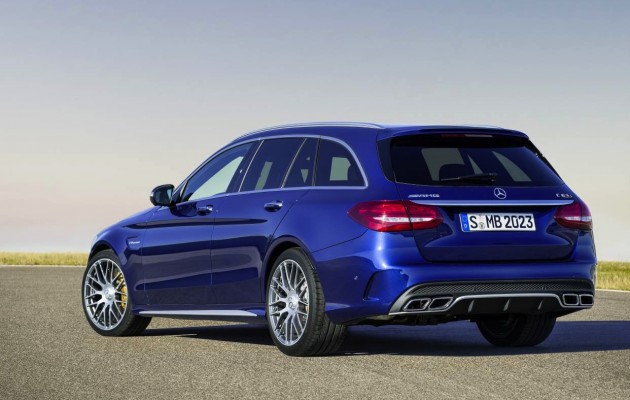 Mercedes Australia says the new version will be available during the third quarter of this year, with orders now being taken. Prices have risen by just $355 for the sedan and $855 for the estate, keeping in mind the outgoing model is not available in ‘S’ guise. New prices start from the following (excluding on-road costs):