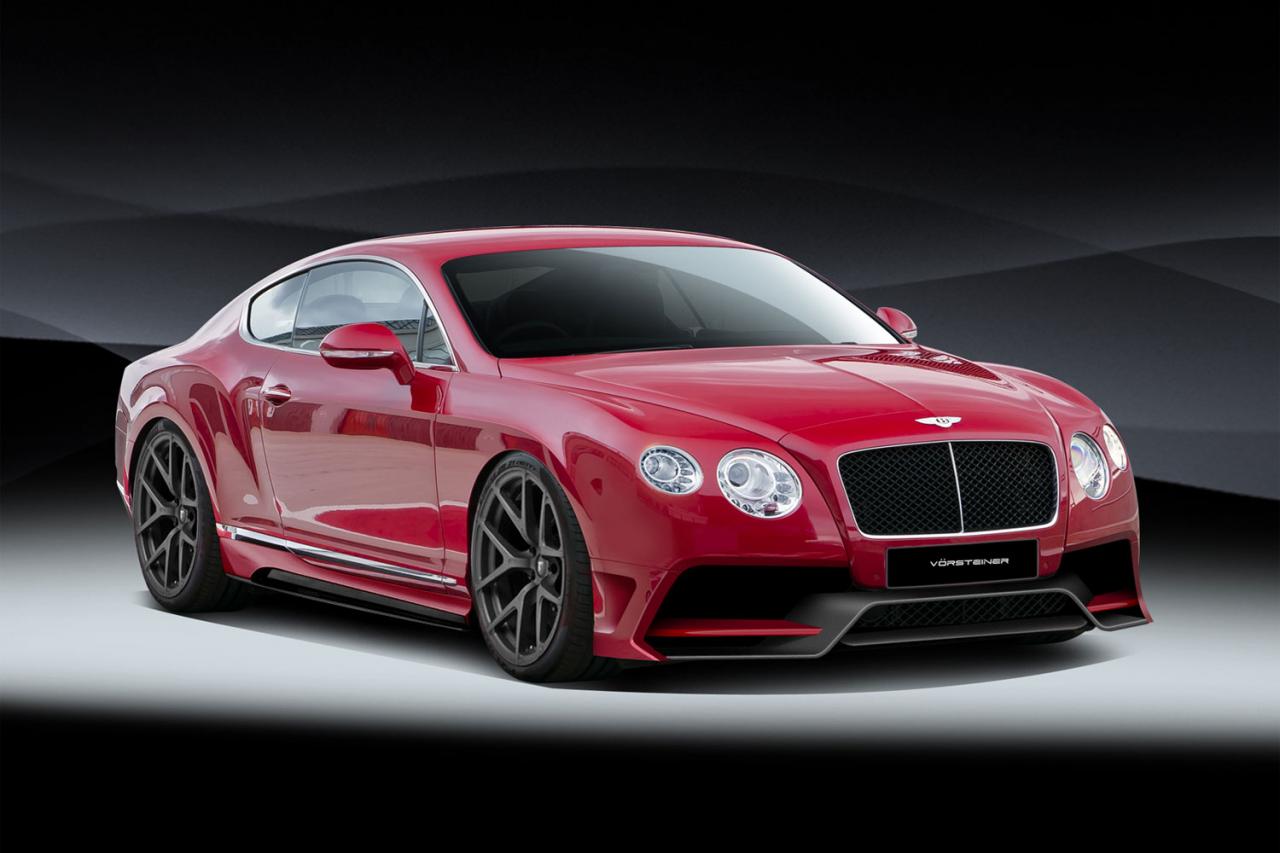 If you’re looking to spice up your Bentley Continental GT by a few levels on the Scoville scale, Vorsteiner has come up with an aggressive styling kit which might take your fancy. The kit gives the British barge a definitive racy character. 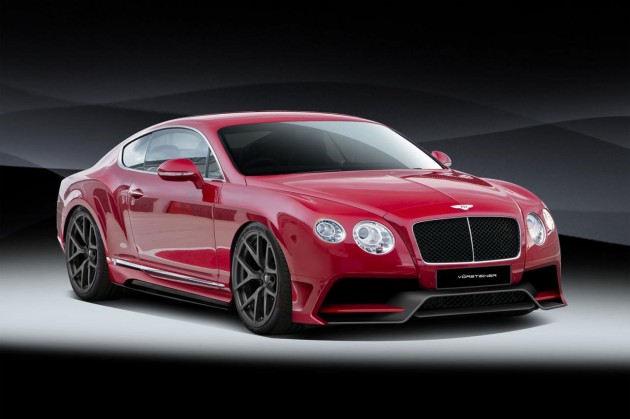 The snarling theme is carried down the sides, with bespoke sculpted skirts made from carbon fibre giving the GT a lower stance. The dark carbon fibre sections match the forged alloy wheels too, which can be had in either 20, 21, or 22 inch diameter. 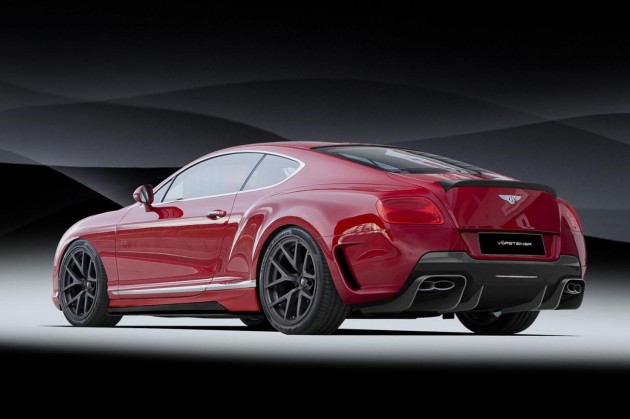 At the back is where things get really aggressive, as there you’ll find a chunky diffuser which looks like it comes straight from a race car. The diffuser comes complete with fins to channel airflow from underneath the car, reducing turbulence and adding downforce to the rear end. There’s also a neat carbon lip spoiler on the boot.

As for underbonnet performance, Vorsteiner hasn’t mentioned anything specifically. The factory V8 version comes with a 4.0-litre twin-turbo V8 producing 373kW and 660Nm, while the 6.0-litre twin-turbo W12 version develops 471kW. Either way, you’re not going to be short on power.