Say hello to the AMS Alpha Omega Nissan GT-R project car, which has just laid down 1600hp on a Dynojet dyno. Surely this makes it the most powerful 2012 model R35 Nissan GT-R around? 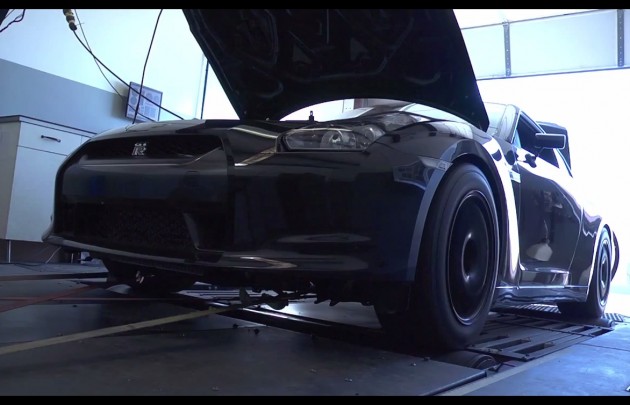 AMS Performance is building the car for the TX2K12 drag racing event in Texas, which has just kicked off in the US. AMS, and plenty of fans, are expecting big things from the brutally powerful Alpha Omega GT-R on the strip. 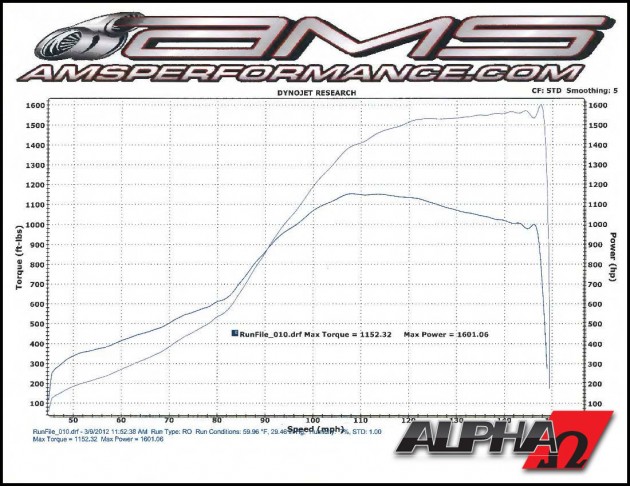 AMS Performance has said that it will be releasing full details of the project car after the TX2K12 event, but as far as available information goes for now, the GT-R uses a stock final drive, with no nitrous, while it does feature a full roll cage.

Click play on the video below for the incredible dyno. Some dyno systems do vary, but this is some serious horsepower whatever way you look at it. It works out to be 1194kW at all four wheels – about as much power as four FPV F6 Falcons…

We’ll update this story with more details from the event as soon as possible. Stay tuned.

On the third run the car suffered an intercooler pipe issue, so AMS had to fit another pipe.