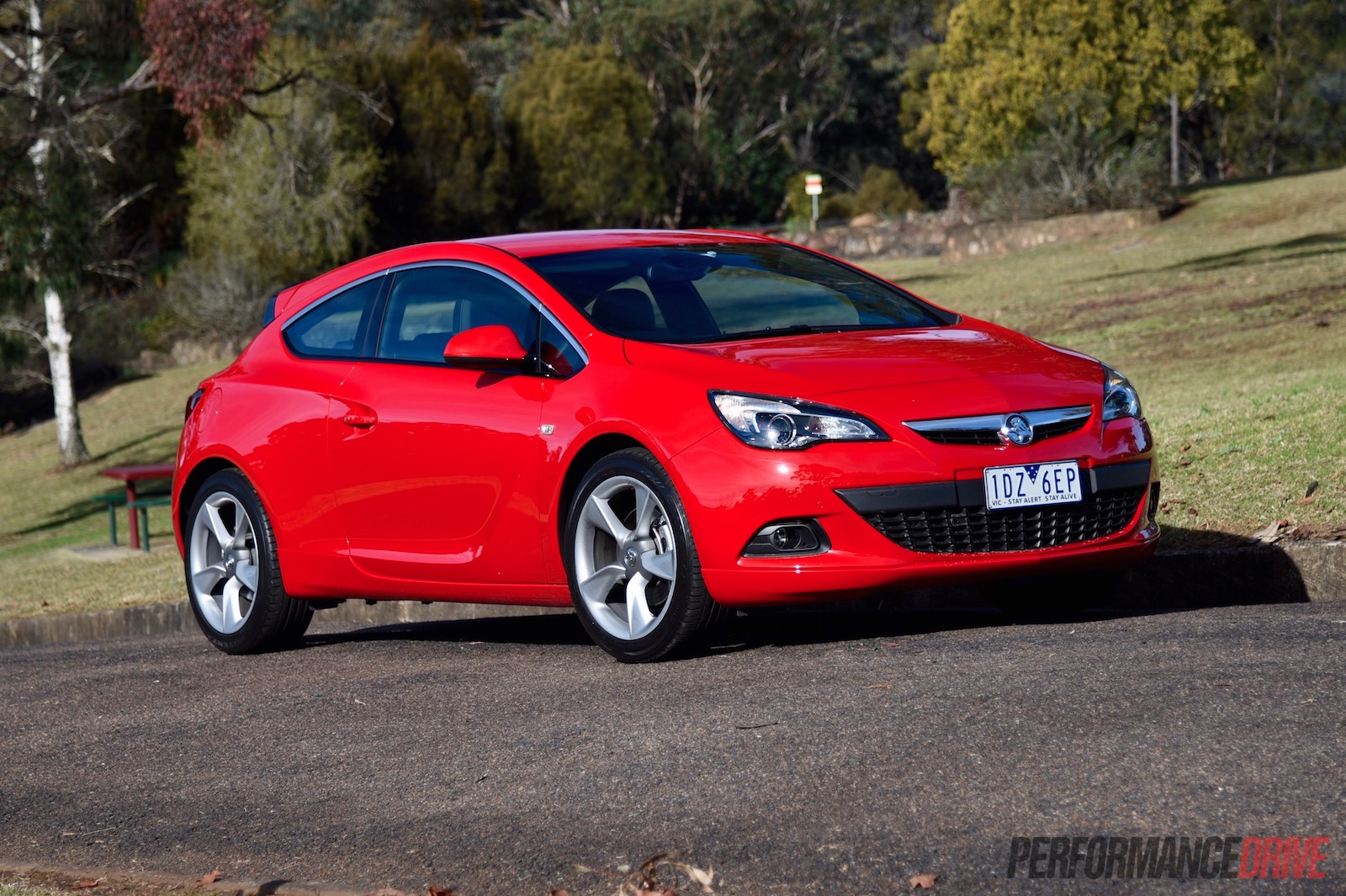 The 2015 Holden Astra is an important car for a number of reasons. With a base offering below the $30k mark, it is within reach of a big chunk of the buying public. It also signifies Holden’s plans for life after death here in Australia. 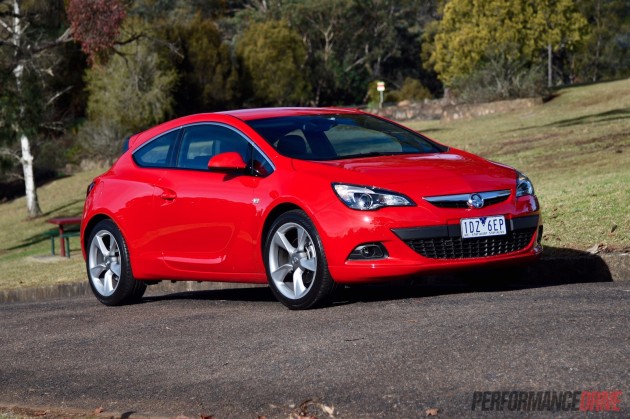 Holden has confirmed that within the next five years it will release a combination of 24 major vehicles, powered by 36 new powertrains. These will take the form of various North American and European subsidiaries of GM, in this case, its German firm, Opel. The new Astra is largely a re-badged version of the Opel Astra GTC

Opel’s failed Australian launch back in 2012 led GM to re-brand Opel’s European-developed hatch as a Holden. So, how does the Astra GTC Sport perform on Australian roads in both everyday and performance conditions? 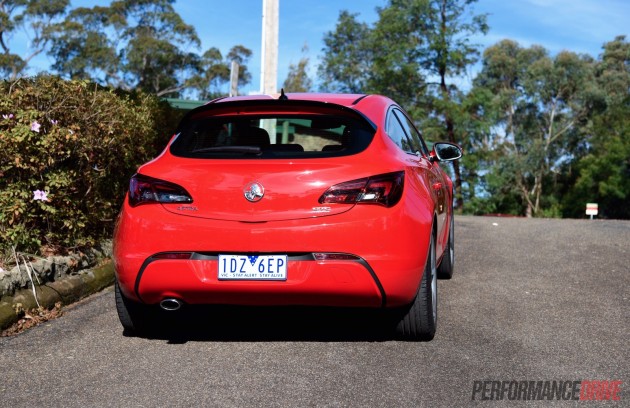 If you opt for the Sport, you receive 19-inch alloy wheels, a sports bodykit, LED taillights, heated and adjustable Sportec front seats with leather trim, and a few special touches around the interior to remind you of the extra dollars you forked over. The Astra is an undeniably pretty package, and the majority of compliments you’ll receive are going to be from people admiring the attractive front end, the sophisticated lines, and its curvaceous rear end.

One of the biggest downsides of the interior in our opinion is the MyLink infotainment system. Despite featuring various apps, digital radio and sat-nav, it can be a nightmare to use. The seven-inch screen doesn’t offer touch-screen functionality. It would be quicker to walk to your destination than fiddle around with the oddly-placed knob and finally punch in your desired destination. Holden seems content with this system for now, having installed it in its latest fleet of vehicles. However, a refresh has been revealed in the US-spec 2016 Cruze which could eventually trickle over to Holden-badged models.

Having said that, the GTC Sport is an otherwise very pleasant place to sit, offering many of the creature comforts you’d expect from a vehicle priced $10,000 north. The leather-appointed sport seats are comfortable, and competent at holding you in place when the g-forces pick up,

The interior is spacious, particularly in the front, with refined fit and finish, ambient lighting for that classy touch, and a general, for lack of a better word, European feel. Visibility is not a strong suit. The thick rear end can make parking a problem, and obtrusively wide A-pillars can prove annoying in both traffic and when trying to nail the apex of a turn up in the hills.

As an everyday offering, the Astra GTC Sport covers all the bases that a small sporty hatch should. It will swallow up a grocery shop with its 380-litre boot, and rear passengers will be comfortable so long as they are shorter than around six foot. The rear seat space is acceptable for people over, providing those up the front sacrifice some legroom. 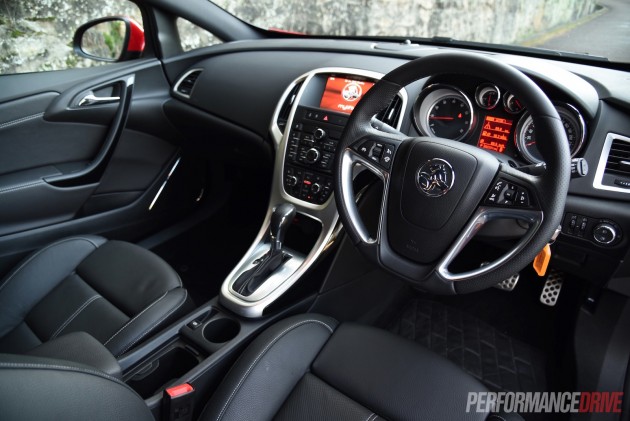 At low speeds the auto transmission can be clunky and even unpredictable at times, impacting on fuel consumption, which, as we found out, is a major downside to the GTC. The ADR’s official figures are 6.9L/100km (manual) and 7.5L/100km (automatic) for the combined cycle. This, on paper, is not too bad for the segment. In reality though we returned figures of nothing less than 8L/100km when we really tried, and purely around the city the 1.6-litre turbo can be alarmingly thirsty.

The four-cylinder engine produces 125kW at 6000rpm, and peak torque of 260Nm is available between 1650-4500rpm. There is little-to-no immediacy in throttle response when low down in the rev range, but above 2500rpm the little Astra picks up momentum and holds it all the way to the 6000rpm redline. During fast tempo driving the automatic transmission lags behind the pack when it comes to shift time and quality, with delays and lurching between shifts ruining your fun, especially in the lower gears.

The brakes, however, are more than up to the job when you’re driving friskily, with a mean bite when you really stand on them, and they are able to stand up to some serious abuse before overheating. Pedal feel is also quite good for a sporty hatch. 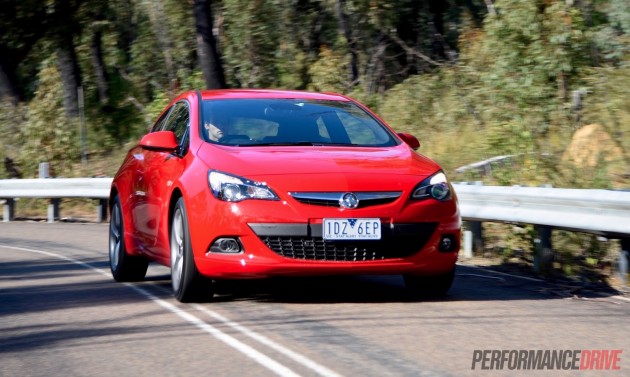 Thanks to the fact the Astra has been developed and engineered by Opel in Germany, the Holden offers a high level of chassis dynamics that leaves some of its rivals for dead. It is a surprisingly engaging car to drive enthusiastically. Around the bends you get real confidence-inspiring mechanical grip. The bigger tyres (235/45) on the Sport and the bespoke suspension on the GTC help to facilitate this. There’s HiPerStrut front suspension, which gives the Astra a genuine sharpness when really pushed. There is no evidence of torque-steer, and the front end turns into a corner with a pure and reassuring sense of directness, while giving lots of feedback through the steering.

Even though the chassis and suspension has been set up really well, there is no way to completely disguise the kerb weight. It weighs 1549kg; it should perhaps lay off on the Tim Tams. This weight comes to your attention in more technical situations, such as when the front axle is really put to the test when shifting weight side to side and rapidly changing directions. In this case, understeer starts to creep into the equation.

You really do get the sense the chassis/suspension is over-engineered for the powertrain. As you briskly pilot yourself between bends you’ll feel the engine give up the ghost on the straight. This feeling is certainly amplified when you go for the automatic option, which brings output down from 147kW/280Nm to 125kW/260Nm. The underpinnings feel like they are well up to the job of handling extra power.

This is where Holden’s marketing strategy comes into its stride; the GTC Sport is only a more luxurious version of the GTC. And in an aim not to step on the 200kW VXR’s toes, the GTC has been deliberately toned down. This will come as a blessing for some as the track-focused VXR sacrifices ride quality and comfort in its quest for speed, whereas the GTC remains a more comfortable all-rounder. We’ll be testing the VXR in the coming weeks for more on that. 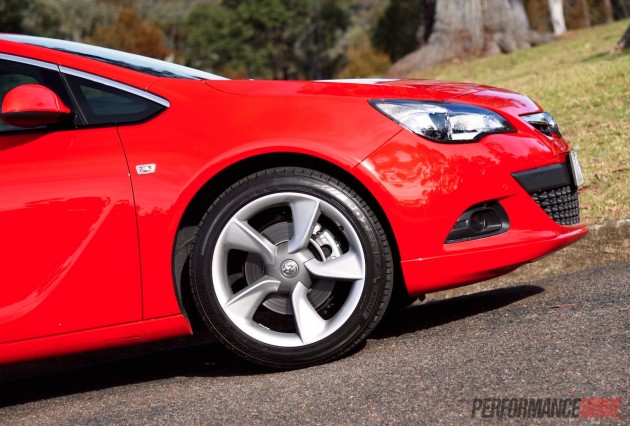 It’s interesting to note that the Astra lineup, now bearing a Holden badge, is between $2000 to $4000 cheaper than when they were being sold as Opel. So, in that respect, the Astra is now more of a bargain than ever before given the same amount of technology and engineering has been put in. As a machine to take you from A to B, the Astra does so with a level of finesse that puts it closer to the VW Scirocco R in terms of sophistication, as opposed to the similarly-priced Hyundai Veloster and Kia Pro_cee’d GT. While yes, this is a re-badged Opel for the Australian market, it remains a high quality offering just like the Opel. Holden has more pressure on it than ever before to succeed, so it needs more products like this if it wants to survive.

There are two types of buyers when it comes to purchasing a sporty car we think; those who value style over substance, and those who are looking for a performance product that isn’t too expensive, thirsty, or unpractical. The former could hand over their cash and drive away in the GTC Sport and be very, very happy with their decision. However, the latter may do the math and figure the extra $7k required for the VXR to be a much more worthwhile investment.