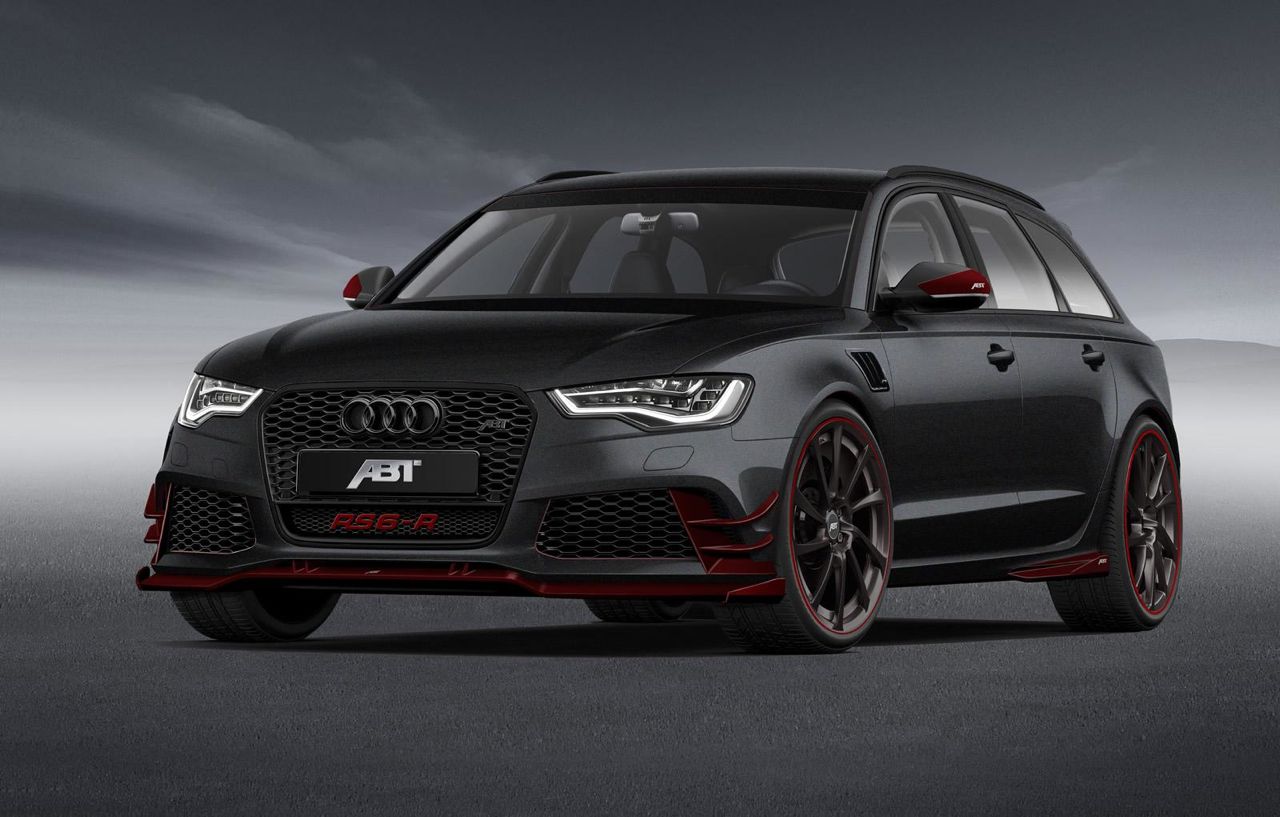 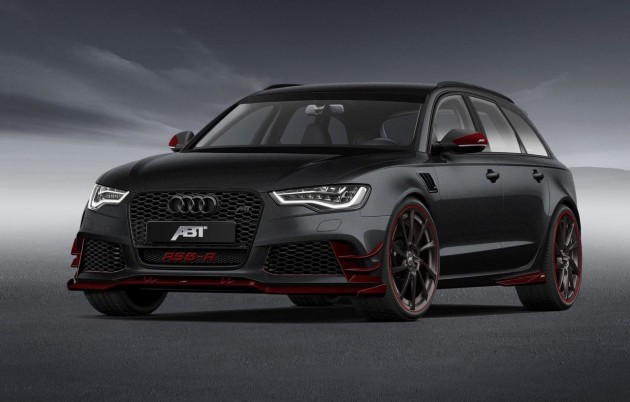 ABT points out that while the power figures sound like they’re from an exotic supercar, this is in fact an everyday family wagon that’s more than roadworthy.

ABT will present the car at the 2014 Geneva Motor Show. CEO of ABT, Hans-Jürgen Abt, said,

“The R stands for racy, not for rough or rude. As with the normal Audi RS 6, ours also provides the utmost comfort, sumptuousness and usefulness, limited to 25 cars worldwide.” 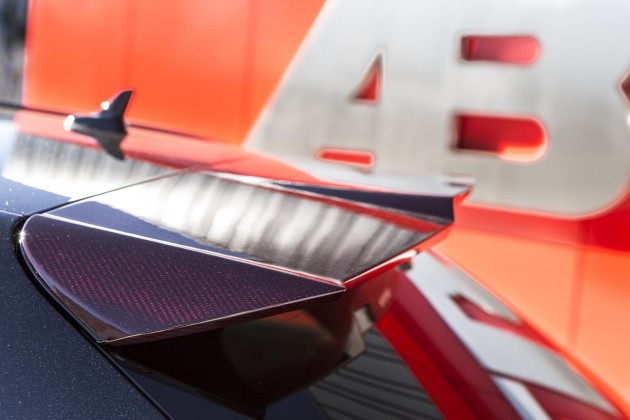 The modifications to the car include an ABT Engine Control unit with specially developed software, and an adaptive stainless steel exhaust system that includes sports catalytic converters and a Y-pipe.

The RS6-R is fitted with an ABT adjustable spring kit, as well as high-performance Dunlop tyres. 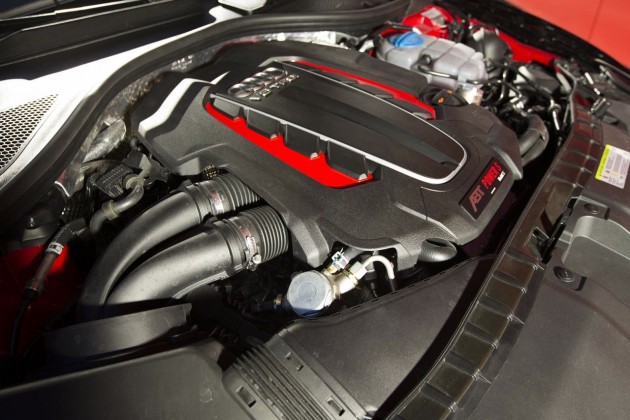 Interior additions include carbon-shift paddles with LED-shifting lights on the steering wheel, ABT floor mats, as well as various ABT embroidery throughout the cabin.