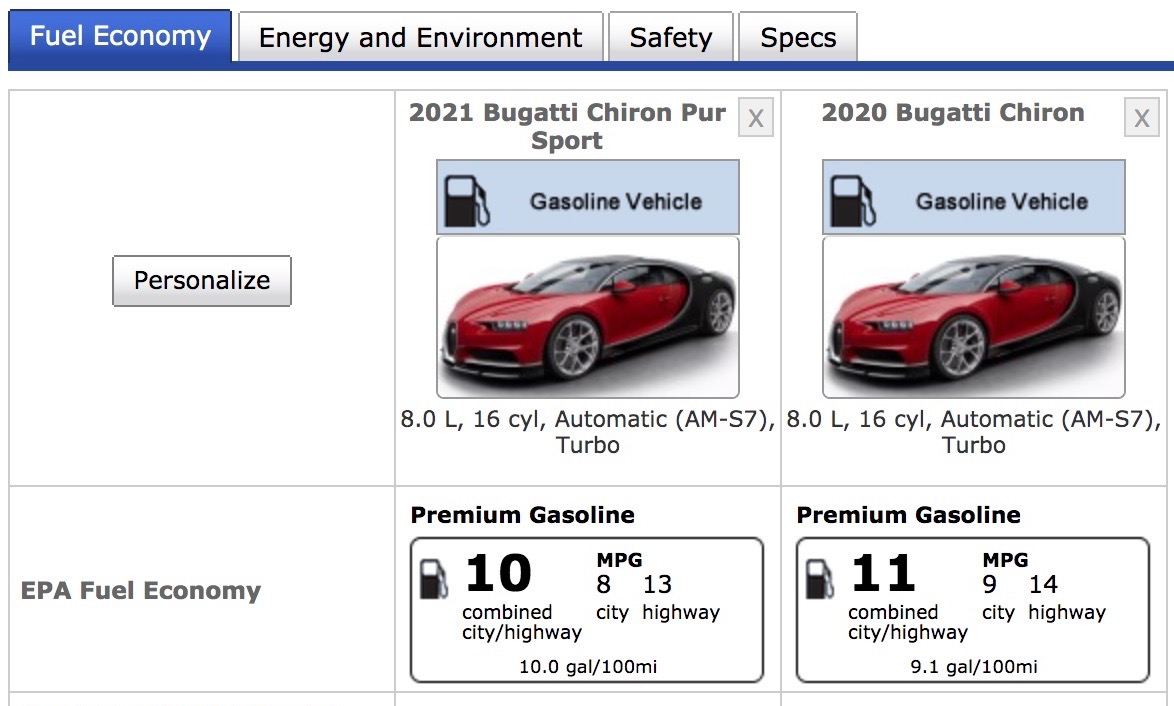 Ever wondered what sort of fuel consumption rating the top Bugatti Chiron offers? The EPA in America has just released all of its official figures for the Chiron Pur Sport variant. 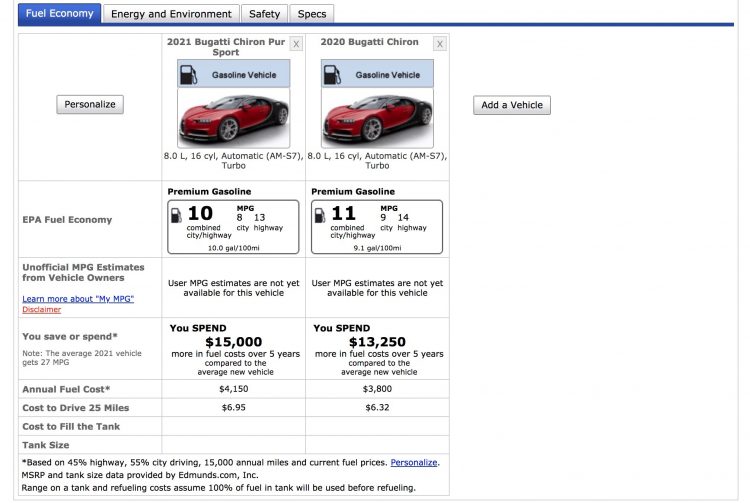 The Chiron Pur Sport features an 8.0-litre quad-turbo W16 engine (like two V8s), producing a colossal 1103kW (1500PS) and 1600Nm. It’s able to dispatch 0-100km/h in about 2.4 seconds. Due to a closer-ratio transmission and more aggressive aero elements over the regular Chiron, the Pur Sport has a top speed of only 350km/h. 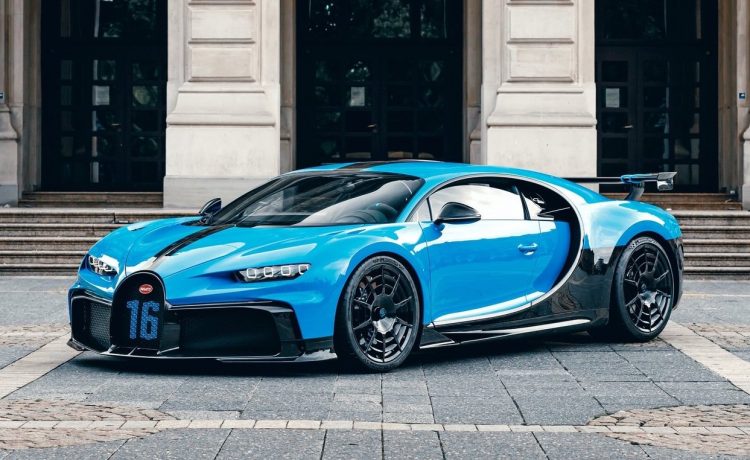 Although these figures look pretty bad, they aren’t as terrible as they seem. For example, even if we half the figures they start to look pretty good. Imagine a 4.0L twin-turbo V8 that produces 551.5kW, stamped with a consumption of 11.75L/100km – pretty reasonable, yeah? Or better still, a 2.0-litre single-turbo four-cylinder that generates 275.75kW, offering an average of just 5.875L/100km.

As no surprise, the Chiron Pur Sport isn’t exactly the greenest vehicle on the market. In fact, the EPA gives it a score of 1 out of 10 for its greenhouse gas emissions. It emits 893 grams of CO2 per mile (1.61km). Over a year of use, driving an average of 24,140km (15,000 miles), that means it puts out 13.4 tonnes of emissions… not that many Chiron owners are going to be racking up that many miles. 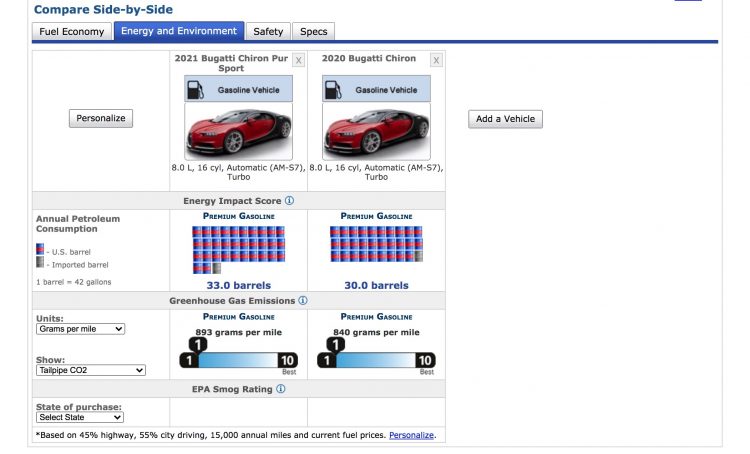 If you’re worried about this sort of stuff as a hypercar buyer, you’re better off going for the standard Chiron. It offers an EPA-rated average consumption of 21.4L/100km (11mpg), and only emits 12.6 tonnes of greenhouse gas over the average year of driving.

Fortunately for the ozone layer – and all the greenies out there – Bugatti is only planning to build 60 examples of the Pur Sport. Which means emissions from these are going to be pretty low in comparison to regular vehicle models all around the world. 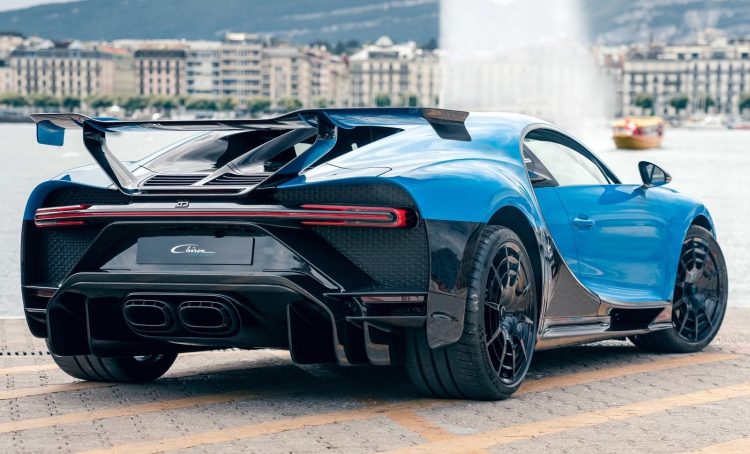