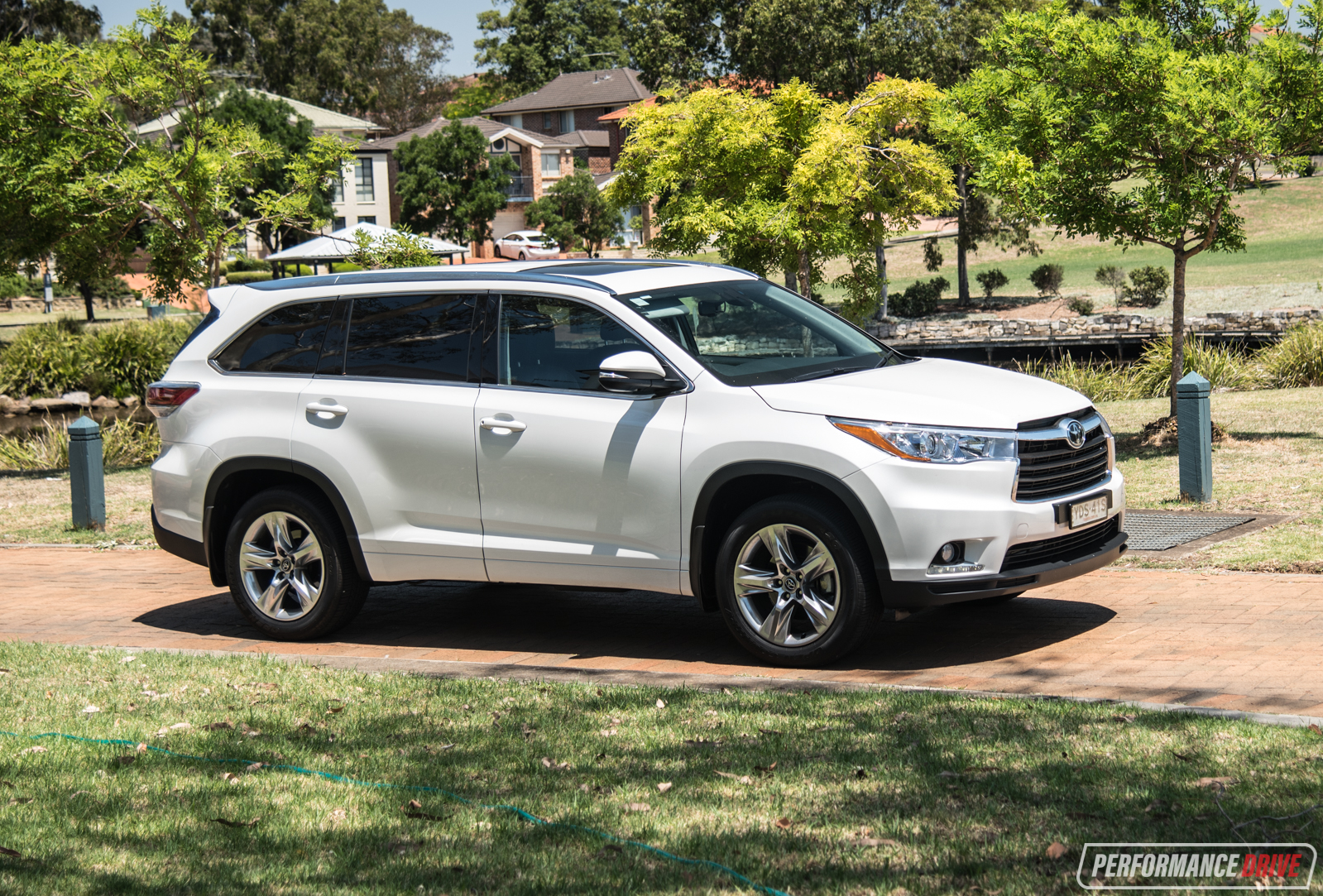 The Toyota Kluger has been one of the all-time family favourite SUVs since it debuted back in 2000. With so many rivals around now, particularly in the seven-seat SUV market, is there still plenty of reason to stick to the familiar?

For this review we’re looking at the soon-to-be superseded 2016 Toyota Kluger Grande in all-wheel drive spec (2WD also available), but we’ll take a look at the nameplate and variants in general. Specifically, weighing up the pros and cons to see if it really is worthy of your hard-earned money. To start with, let’s go over the main attractions to the Kluger. 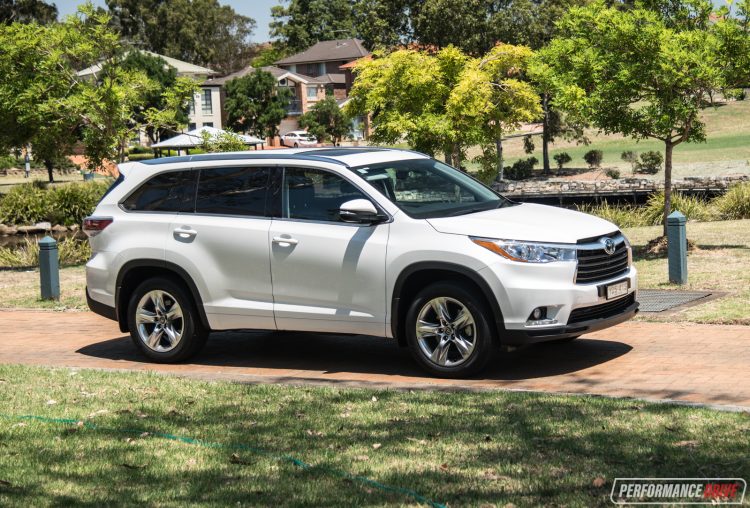 Size
A common criteria for families, the Kluger is massive inside. You get three rows of seats with an adjustable middle row allowing the kiddies to sort themselves into a comfortable position. The second row is noticeably vast, with loads of legroom and enough width to fit three child seats across.

Even the centre console is big, with a deep multi-level floor and large sliding cover and opening – you could hide your handbag in it. As for cargo space, it’s rated at 529 litres with two rows up, or 195 litres with the third row in place. Fold both the rear rows down and you’ll open up 1872 litres. 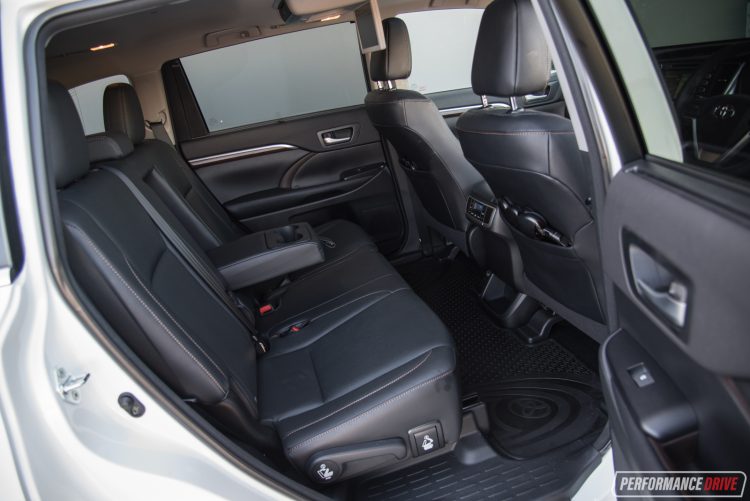 Convenience
Like almost all Toyotas, the Kluger is very easy to drive. Most of the controls inside are placed at reach, and the controls themselves are immediately fathomable. Being an SUV, the seats are high above the ground, but not too high; you need only slide across and you’re in. There’s also a convenient rubber mat available so it’s easy to keep it clean and tidy. One-touch power windows for all doors make life easier, too – unlike some carmakers that, for some silly reason, fit only an auto function for the driver’s window.

Even when driving, the Kluger is predictable and the large external dimensions don’t take very long to get used to. It’s not intimidating to drive, at all. The steering is a little on the heavy side in our opinion, and lacks feel and sheer engagement, but for general duties this setup will be compatible with the widest range of drivers. 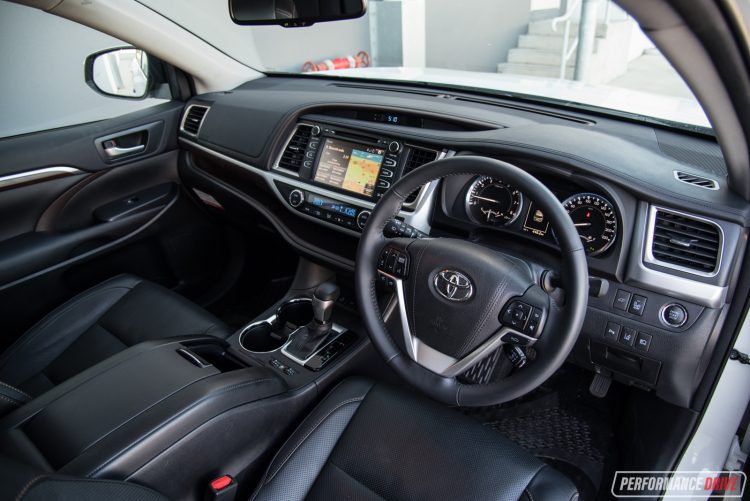 Reliability
Toyota has one of the best histories in terms of vehicle reliability. Its products rarely go wrong, especially the SUVs and more heavy-duty 4×4 models and commercial vehicles. This trickles down to all cars in the showroom. With such a good reputation, Toyota is very wary about keeping it. In other words, it’s not the kind of company that is likely to go out on a whim and try something completely new and different. Instead, it usually sticks to a tried and tested formula. For the customer it means there isn’t likely to be any nasty surprises or breakdowns any time soon. 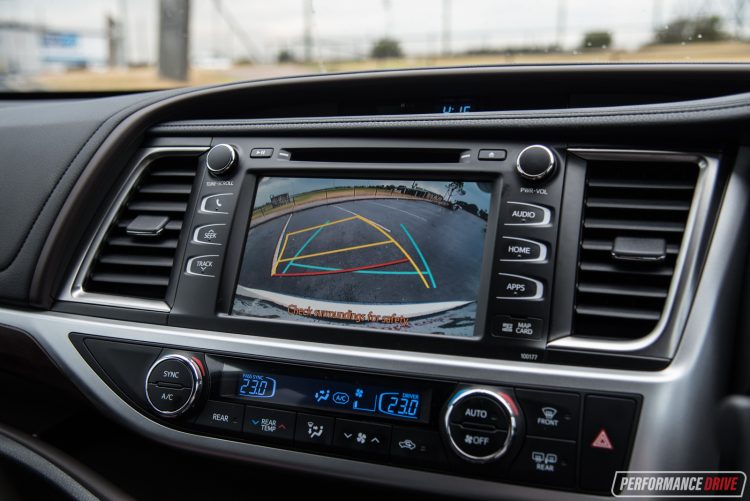 Safety and Features
All Kluger models in Australia come with the vital safety features, such as a rear-view camera with rear parking sensors, stability and traction control, and lap/sash seatbelts for all three rows. There’s also at least seven airbags (depending on variant), and a body structure with enough structural integrity for the full five-star ANCAP safety rating. In the last crash test conducted by ANCAP it was given an overall score of 35.57 out of 37.

As for creature comforts, the Kluger is well-equipped. There’s a large touch-screen interface for all of the on-board media options with (at minimum) a six-speaker stereo, Bluetooth, USB and iPod compatibility, rear air-conditioning, while the driver gets cruise control and a multi-function steering wheel with buttons. Move up to the Grande and you get a big LCD screen in the back complete with separate headphones and DVD playback. You also get multi-zone climate, leather seats that are electronically adjustable in the front, with heating and cooling functions, along with added safety tech such as lane-departure warning and adaptive cruise control. 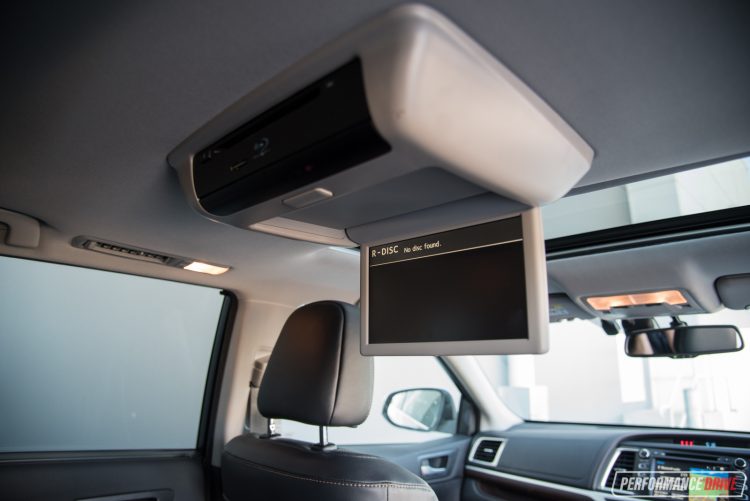 Power
Engine power isn’t everything, but if you’re carting around a large family it will be more important than you might think. With a large car comes weight, and with a large family comes even more weight. In the Kluger (all variants) you get a 3.5-litre naturally aspirated V6 petrol engine producing 201kW and 337Nm. The former figure is excellent, however, the latter figure, torque, isn’t so great. This simply means you need to rev the Kluger to get the most out of it. If you’re not needing to, or not looking to get the absolute most out of it, it’s still fine as the high power will pull you through even if you only use 75 per cent of the potential. The engine, codenamed 2GR-FE, is used in a variety of Toyota models and thus adopts the company’s tried and tested philosophy.

As for the negative traits of the Kluger, there aren’t many, but here are a few things we think you should consider.

Thirsty
As mentioned, the 2GR 3.5-litre V6 engine is a gem. It’s mighty powerful, but unfortunately it does lack in some technologies. This doesn’t help with fuel economy. The official average is 10.6L/100km for the all-wheel drive model as tested, and we experienced around 11.5L/100km during our time with it. While other carmakers adopt fuel-conserving turbocharged options, Toyota sticks to tradition. However, there is a 2017 Kluger facelift coming next month, and it brings direct injection and a higher compression ratio for the V6. Fuel economy is improved as a result, and as a bonus there’s even more power in store. An eight-speed auto replaces the outgoing six-speed unit, which also helps with economy and performance.

Personality
Toyotas often lack personality and excitement. And we don’t just mean sheer speed and track performance. A turbo-diesel can offer more personality, with either loads of torque or mind-blowing fuel efficiency. Unfortunately, Toyota isn’t likely to ever offer a diesel option for the Kluger as it is predominately designed for the U.S. market – diesel demand in America is low.

The interior is also rather bland and lacks character. Although there’s plenty of room and features, the design is put second to practicality and basic functionality, with lots of plastic making up the fixtures even on this Grande variant. Again, this is a trade-off Toyota seems to go for on purpose so it fits in with the majority of buyers instead of the minority. This theme is carried over when driving; the steering is just steering, nothing extra, and the handling is controlled and adequate but with no frills. 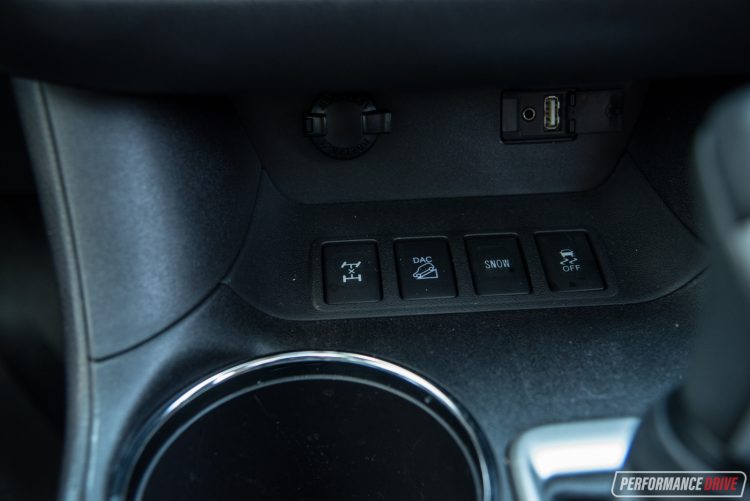 As you can probably come to assume, the Kluger doesn’t necessarily set any benchmarks in specific areas. It’s not the most fuel efficient. It’s not the cheapest. It doesn’t even come with the most features. But being average is a way Toyota can guarantee its parts work and continue to work well into the future. This philosophy also allows products such as the Kluger to achieve decent scores across most facets of motoring, helping to make it an overall attractive proposition.

So, should you buy one? We don’t think the Kluger is for everyone. As mentioned, it’s not exactly the cheapest model out there, starting at around $45,000 and soaring up to $68,330 for this Grande model (excluding on-roads). The fuel consumption will put a pretty nasty dent in your weekly bank balance as well, and the driving character and functionality isn’t anything to write home about. But if you’re after a reliable and consistently dependable family SUV, with big reserves of power, the Kluger is hard to surpass. We’d recommend you wait for the facelifted model to arrive next month before signing the dotted line though, as the revised engine and eight-speed auto should do the package wonders. 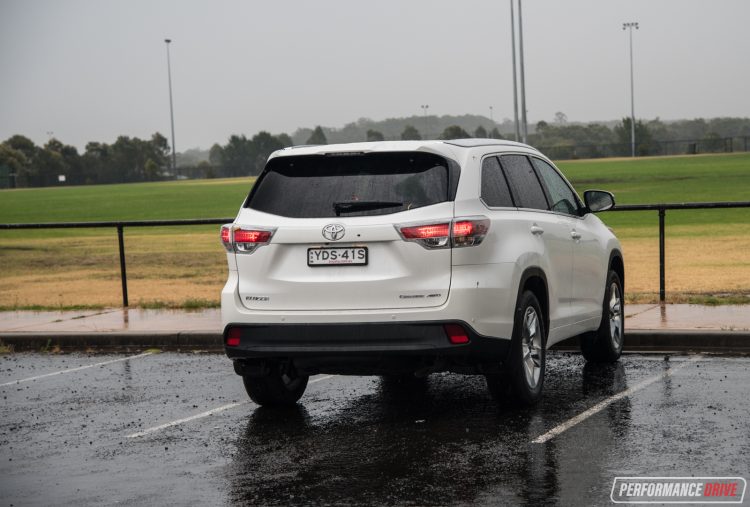