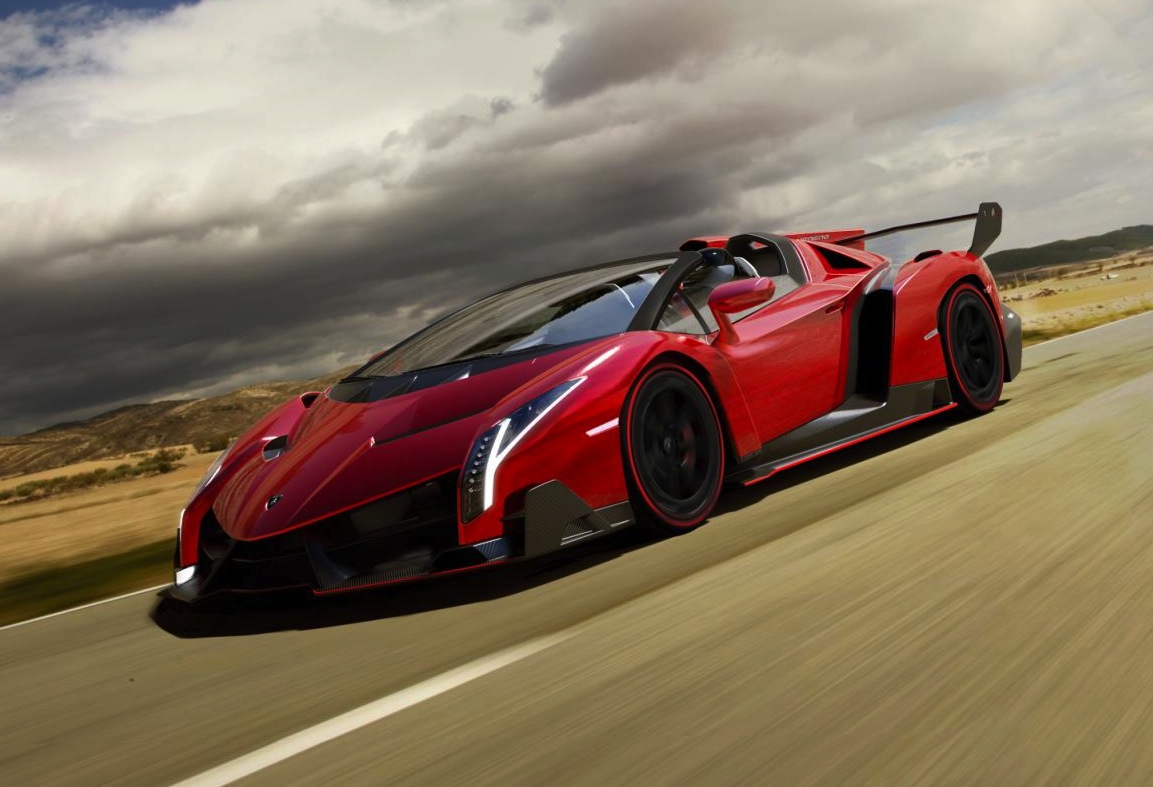 The most insane Lamborghini roadster, arguably in history, has been revealed; the Lamborghini Veneno Roadster. It has been created to help celebrate the company’s 50th anniversary. 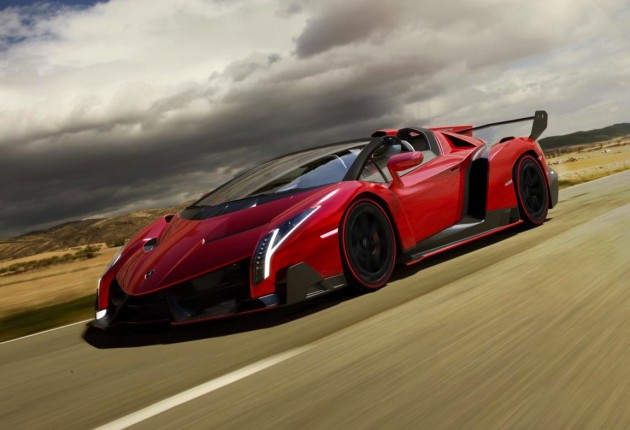 Featuring the same awesomely gob-smacking design character as the Veneno coupe, the Roadster is a “collector’s masterpiece of engineering and design”, according to Lamborghini. It is an extreme bit of gear, and one that guarantees an intense driving experience.

This is not your average convertible by any means. In fact, it’s technically not a convertible at all as it doesn’t have a roof to convert. Yep, this is a permanent open-top affair with a strong roll-over bar providing the protection.

In the back sits a 6.5-litre V12 engine producing 552kW of power. It’s capable of propelling the outlandish hypercar from 0-100km/h in just 2.9 seconds. Drive is sent through an independent shifting rod automated manual transmission with all-wheel drive. 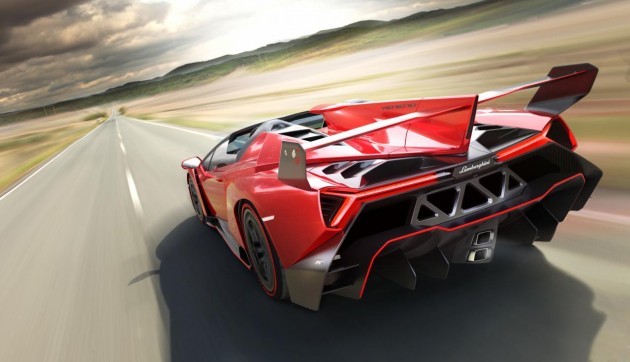 As for the body, well, what can we say? It’s as extravagant as it gets. You can see some resemblance to Lamborghini’s current design language, with large horizontal rear haunches and a sharp, arrow-shaped front end.

Every surface of the body plays an important role in providing maximum aerodynamic benefit, such as the flat and angled nose which acts like a giant wing, to the huge rear spoiler and chunky rear diffuser adding rear end downforce. The underbody is also slick and allows air to flow under the car as quickly as possible to suck the car to the ground.

Lamborghini is planning to build just nine examples of the Veneno Roadster throughout 2014. Prices will start at an eye-opening 3.3 million euros (around AU$4.7 million).