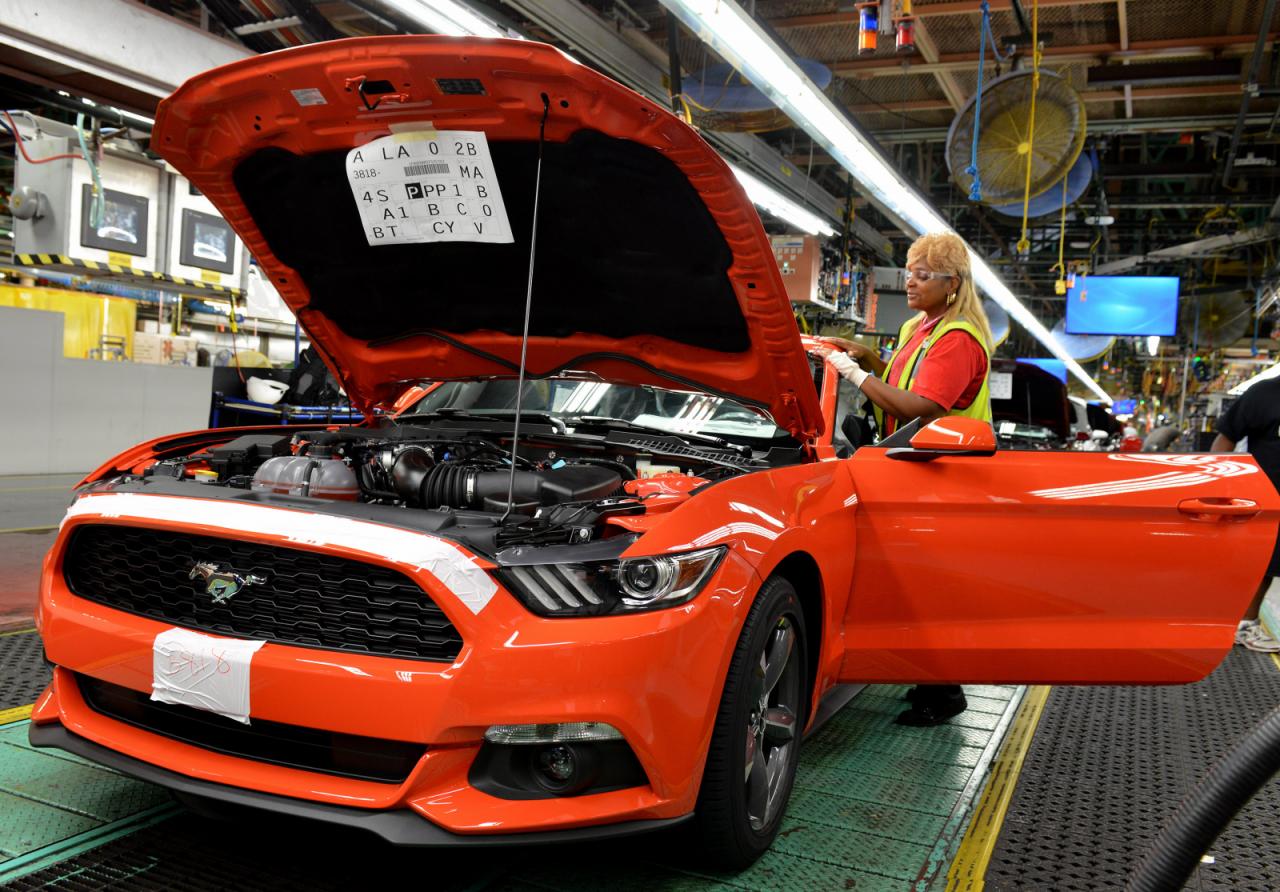 Production of the new 2015 Ford Mustang has officially begun at the Flat Rock Assembly Plant in Michigan, USA. The new model will be sold all over the world, including in Australia. 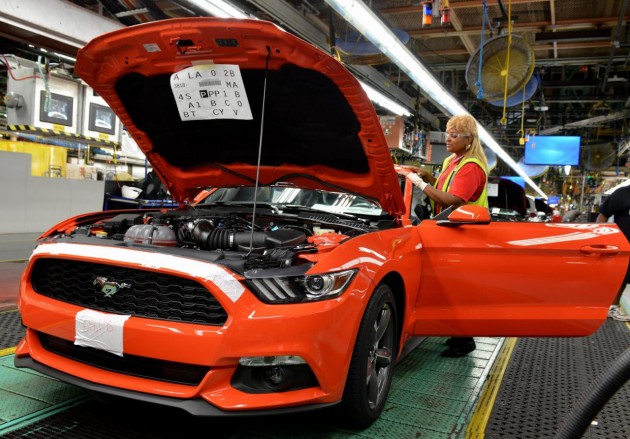 In fact, Ford is going strong with its global philosophy and will sell the Mustang in over 120 different countries, including 25 right-hand drive markets such as the UK, South Africa and Australia. Joe Hinrichs, Ford president of The Americas, said,

“Mustang is and will continue to be an automotive icon. Expanding its availability globally affords our customers around the world the opportunity to have a true firsthand Mustang experience – one unlike any other.”

The new Mustang showcases many new technologies, especially for the Mustang nameplate which has always been regarded as a pure muscle car. With the new model buyers will be able to experience a comprehensive user-interface inside, with full connectivity.

With the local Ford Performance Vehicles division gone, Ford will need a performance hero car. Best yet, the Mustang will sit in the Aussie market with virtually no direct competition. We’ve heard rumours Holden may introduce the Camaro and Dodge may introduce the Challenger, but only time will tell.

Ford Australia is yet to announce local pricing. We’ll be excited to announce all local details as soon as they become available.