If you ever find yourself driving along the fairway on a golf course in a Lamborghini Gallardo Spyder, do be careful to watch out for the sand bunkers. If you don’t, you could end up embarrassing yourself like this driver at the 2011 Pebble Beach event in California. 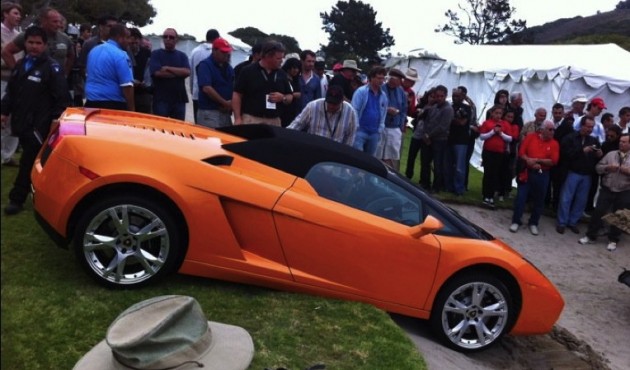 We simply can’t figure out how the driver of this Lamborghini managed to find a sand bunker so easily. The front of the Gallardo Spyder appears to have just sneaked over the edge, landing the nose in the sand trap.

Luckily it is just sand as there isn’t likely to be major front bumper bar damage. As for the chassis underneath, on which the beached Lambo is sitting, there might be some new scuffing under the car now.

According to reports the driver simply made a wrong turn while leaving part of the prestigious 2011 Pebble Beach week event. A tilt-tray managed to un-beach the poor Gallardo and get it back onto the green. They say the driver is now well under par.

Top tip: don’t drive your Lamborghini Gallardo Spyder on a golf course if you’re wearing a brown paper bag over your head, or if you’re blindfolded. 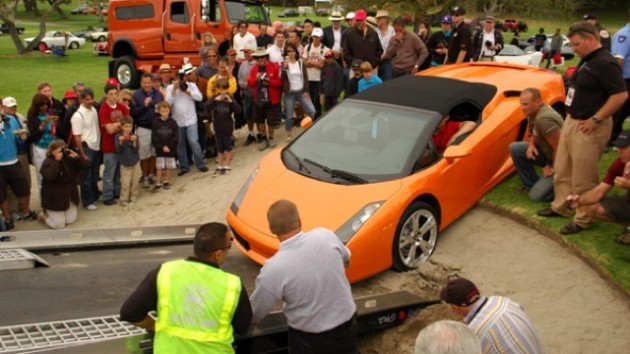