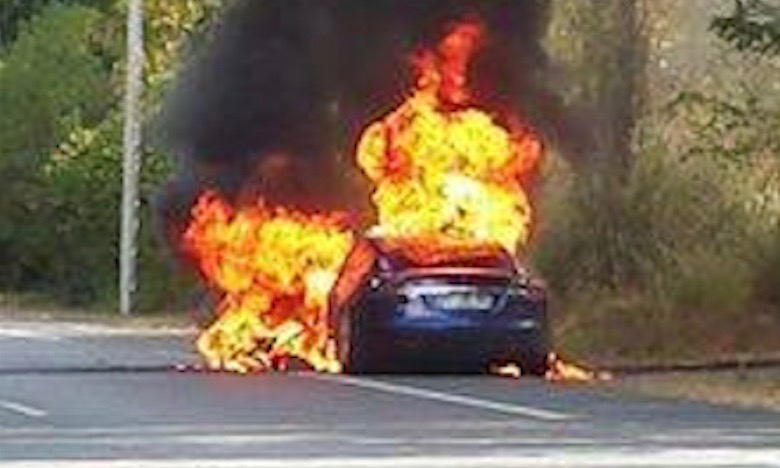 A Tesla Model S has spontaneously caught fire during a promotional event just outside the Basque city of Biarritz, in France. 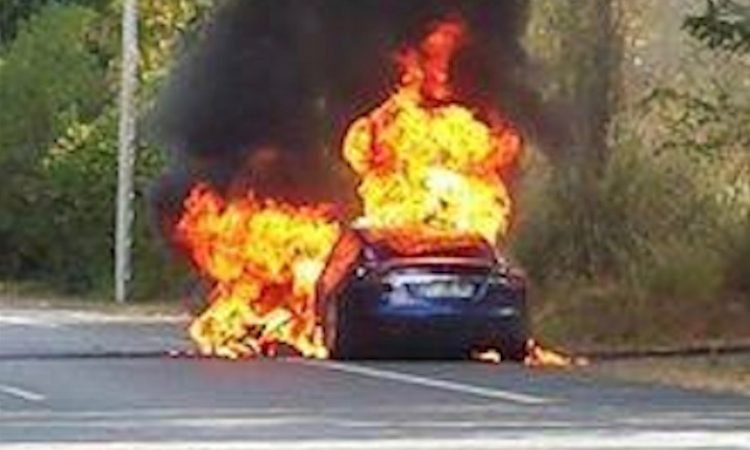 Tesla has planned its “Electric Road Trip” event for quite some time now. It is a promotional tour to celebrate its fleet of electric vehicles racking up more than 3 billion kilometers on the public roads. Tesla had set up an event in the coastal city of Biarritz to showcase its Model S and Model X vehicles, which was offering prospective buyers the opportunity to take one for a test drive.

The vehicle in question, a Tesla Model S P90D, was said to have suddenly caught ablaze shortly after a ‘problem with charging’ message was displayed on the dashboard. Thankfully, the supervising Tesla employee instructed the driver to pull over and get out along with other passengers. Shortly after leaving the vehicle parked, it apparently sparked up.

A spokesperson for the Californian EV-maker has since told Business Insider:

“We are working with the authorities to establish the facts of the incident and offer our full cooperation. The passengers are all unharmed.”

When the Model S P90D was introduced just over a year ago now, Tesla said its new Inconel battery contactors and electronically controlled pyro-activated fuse is capable of monitoring even the smallest of fluctuations every millisecond. During a press conference, Elon Musk said:

“We came up with the idea for an advanced smart fuse for the battery. Instead of a standard fuse that just melts past a certain amperage, which means you aren’t exactly sure when it will or won’t melt or if it will arc when it does, we developed a fuse with its own electronics and a tiny lithium-ion battery. It constantly monitors current at the millisecond level and is pyro-actuated to cut power with extreme precision and certainty.”

He said that was combined with upgrading the main pack contractor to use inconel (a high temperature space-grade superalloy) instead of steel, so that it remains springy under the heat of heavy current.

It remains pure speculation as to whether or not the system added to the P90D could have contributed to the fire, and it seems unlikely considering the scarcity of reports detailing Tesla Model S vehicles spontaneously igniting. Regardless, the breaking news did hurt Tesla’s share prices when Reuters broke the news, with prices ending the day 1 per cent down at $223.61.

At this stage there are no further confirmed details from either Tesla or French authorities. An image capturing the incident has popped up on Reddit and can be seen above.