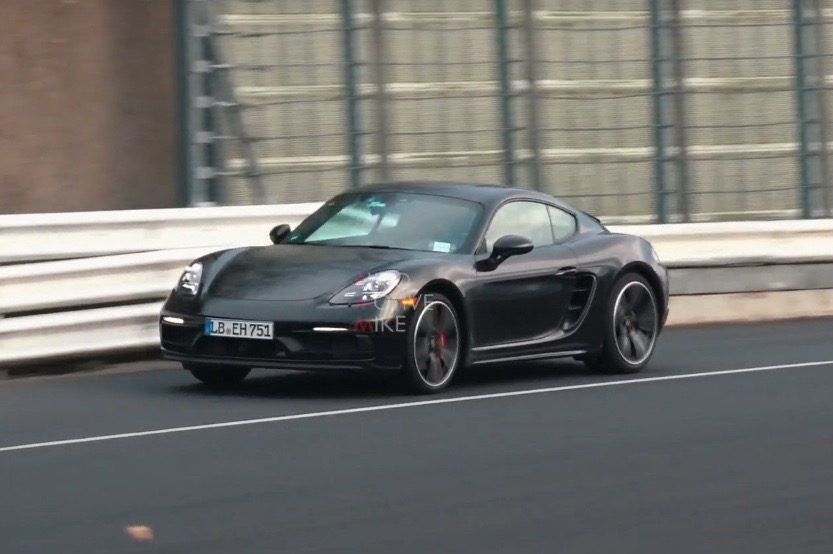 Porsche has been spotted test driving what is believed to be the 2019 Porsche 718 Cayman T on the Nurburgring. And joy of joys, it sounds like a six-cylinder. 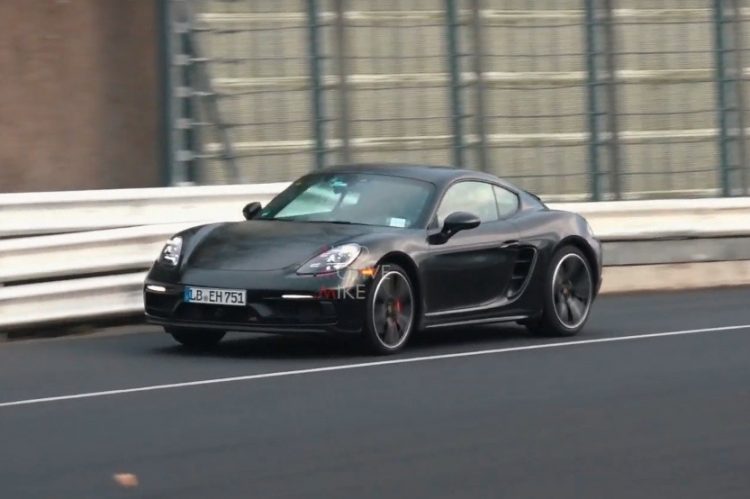 The latest 718 Boxster and Cayman have received quite a bit of criticism lately (including from yours truly in our recent review of the Boxster GTS), due to the sound the new four-cylinder engine makes. It doesn’t matter how much credit you want to give it, the engine just doesn’t sound all that appealing, especially for a sports car of such high caliber.

According to the uploader of this spy video, YouTuber Automotive Mike, a VIN check apparently confirms the prototype is called a Cayman T, and it features a 2.0-litre turbo four-cylinder engine.

Taking a listen to the video it certainly doesn’t sound like a four-cylinder. In fact, it sounds very much like a naturally aspirated, high-revving six-cylinder. If you keep watching until the second half of the video, however, the prototype driving at low speeds does give off a faint four-cylinder burble.

We sifted through the comments on the video and most people do question it as a four-cylinder. But, one commenter claims it is indeed a four-banger but “with a new exhaust” system. The commenter claims the new model will debut on December 17 as well.

Reports have previously mentioned that a Cayman T is on its way. It’s set to come in somewhere below the GTS but with more of a focus on sheer driving. This means it could be partially stripped out or at least a bit bare on the options front, with some weight reduction helping to increase the purity of the driving experience.

The prototype doesn’t really look like anything special, in comparison to other Cayman variants. There’s a small rear spoiler, and no dramatic aero kit or deep front air dam. Only the wheels look pretty flash, and nicely dished on the rear.

Check it out below. And you can turn up the volume; this could be a four-cylinder Cayman that finally sounds good.