A Toyota GT 86 convertible (’86’ in Australia) is set to be on the way. Yes, the highly anticipated new sports car development by Toyota and Subaru could get even sportier. 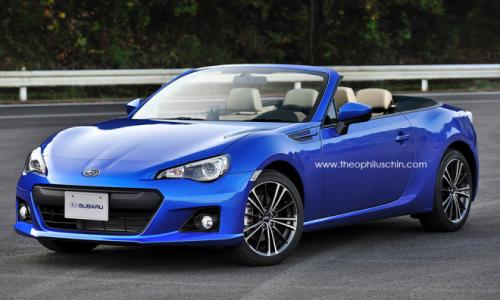 It seems like the natural thing to do for Toyota. Both companies have gone so far to provide an appealing sports car package they might as well go the extra mile by offering a drop-top.

According to an Autobild report in Germany, Toyota GT 86 chief engineer Tetsuya Tada has said the coupe will be offered as a convertible. Tada said that the 86 was designed from the beginning with a convertible format in mind.

It’s understood the convertible would feature the same naturally aspirated 2.0-litre Subaru boxer engine, developing 147kW of power and 205Nm of torque, matched up to either a six-speed manual or automatic transmission.

It is only early days yet, and Toyota has not made any official announcements. A potential launch may still be some time yet. We’ll keep you updated.