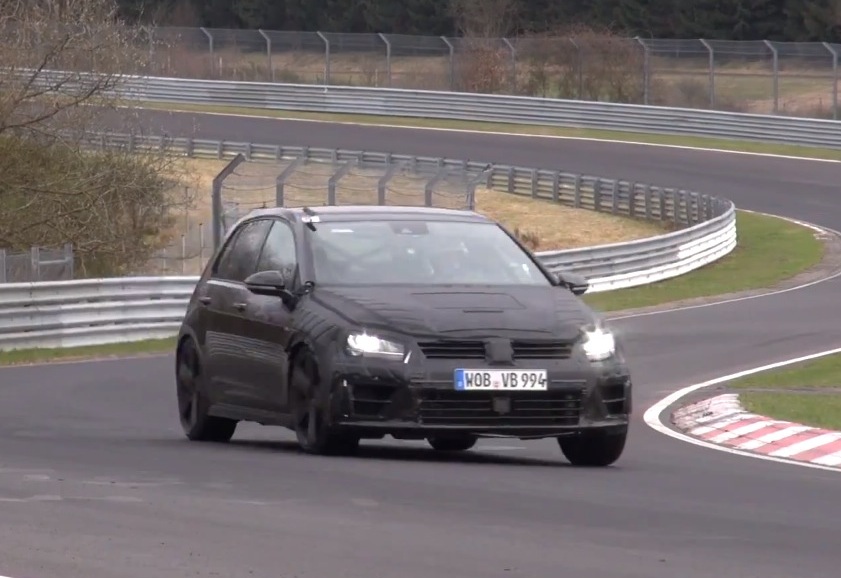 Volkswagen has been spotted testing a prototype version of the new high performance 2014 Volkswagen Golf R Mk7 at the Nurburgring. By the looks of it, the company is into the final stages of the development process. 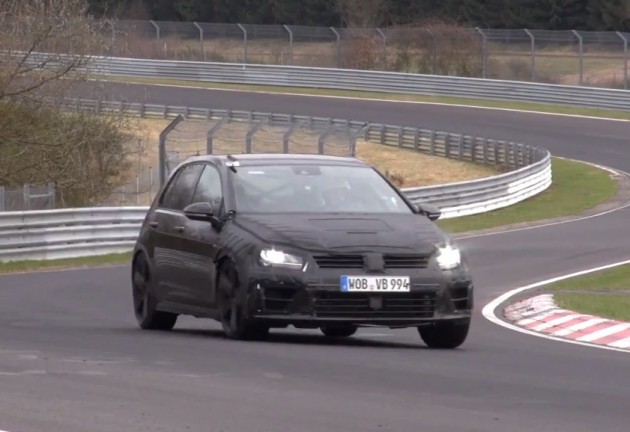 Judging by the fitment of a roll bar on this prototype, and the fact it is being subjected to hard, flat-out driving in the video, the new Golf R is edging nearer and nearer to showroom readiness.

As far as we know, the new version will come with a similar engine as seen in the recently unveiled 2013 Audi S3 performance hatch. Based on the same platform, the Audi uses a 2.0-litre TFSI turbocharged four-cylinder engine producing 221kW and 380Nm (Australian specifications – arrives in December). In the Golf R, outputs similar to this would be a decent jump up from the outgoing 199kW rating (188kW in Australia).

Not only is the new version likely to pack more of a punch from the engine compartment, the Golf R’s all-wheel drive system is expected to go on a bit of a diet. At the moment, the mechanical components add around 150kg to the Golf’s weight. There’s been talk that engineers are trying to get this down to 100kg.

With a lighter overall weight and increased engine power, it doesn’t take a mathematics genius to realise the new model is likely to be a lot quicker than the outgoing one. Acceleration from 0-100km/h could be taken care of in under 5.5 seconds, considering the outgoing model manages it in 5.9 seconds. 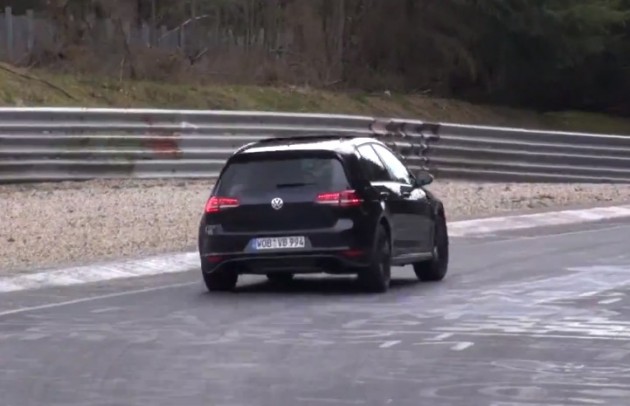 Other updates include an electronic limited-slip differential for the front axle to improve grip and cornering performance, while at the back, it looks like previous reports could be correct; the new Golf R might come with quad-outlet exhaust pipes for the first time. The prototype does show clear spaces on either side of the diffuser at the back, big enough for two tailpipes each.

According to industry word, the final product will debut at the Frankfurt Motor Show in September.

Click play on the video below, provided by monsterchannel24, for an early preview.