The new Mercedes-Benz GLA concept SUV has been revealed ahead of its official unveiling at the Shanghai Motor Show next week. The concept is set to spawn a production vehicle which will tackle the likes of the Audi Q3 and BMW X1. 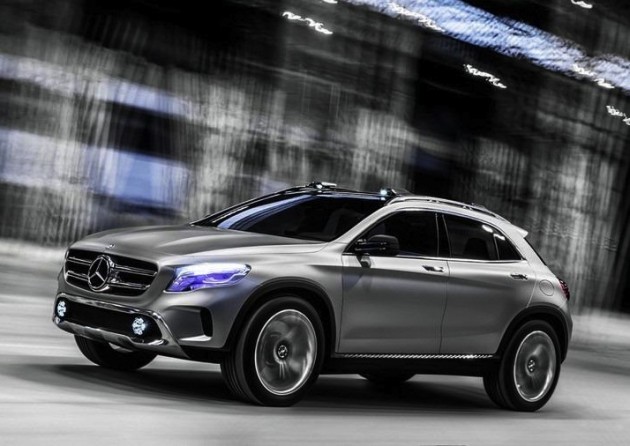 There’s been a few reports and rumours circulating around the idea of Mercedes-Benz stepping into the smaller SUV market. Up until now, the company has never produced such a vehicle despite the demand of the popular market segment.

In Australia, Audi’s best-selling model is often the Q3 SUV, while BMW’s X1 and X3 sales also make up a large percentage. It’s believed Mercedes-Benz will eventually develop a production model based on this concept which could take a slice of the market share. 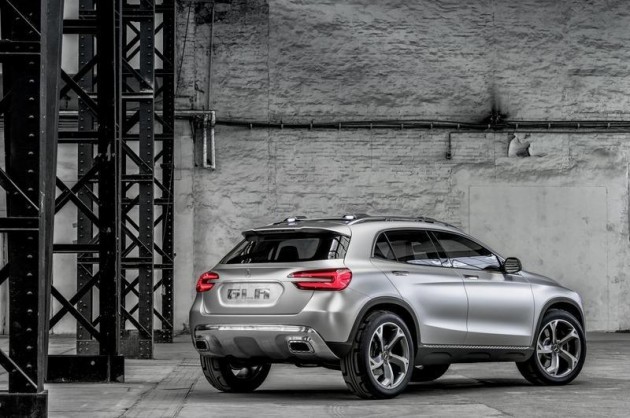 The GLA-Class, as it’s expected to be known, is likely to borrow much of its design philosophy, dimensions, and underpinnings from the funky new A-Class. Powertains are also expected to be carried over, including the A 250’s 2.0-litre turbo four-cylinder which produces 155kW.

As for an AMG version? Well, there’s been no confirmation yet, but like almost all showroom Mercedes models, an AMG version – a ‘GLA 45 AMG’ – could be in the works for the future. It could borrow the running gear from the 265kW A 45 and CLA 45 AMG models. 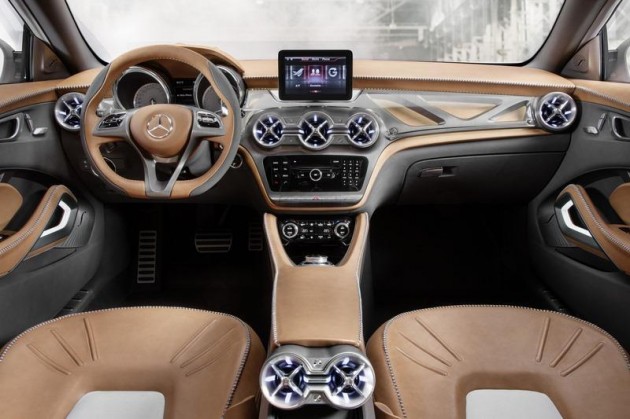 For the concept at least, styling is rather attractive. It features a wide and ready stance with a swooping roofline and a high waistline. The front end also incorporates Mercedes-Benz’s latest design theme with a large centre grill and pitched back single-piece headlights.

Inside, it’s typical concept car; outrageous and full of technology and crazy designs. A lot of the details seem to share some relationship with production Mercedes-Benz products though, including the circular aviator-style air vents and the three-spoke steering wheel.

As far as we know, a production version of this will make its way to the Frankfurt Motor Show in September.