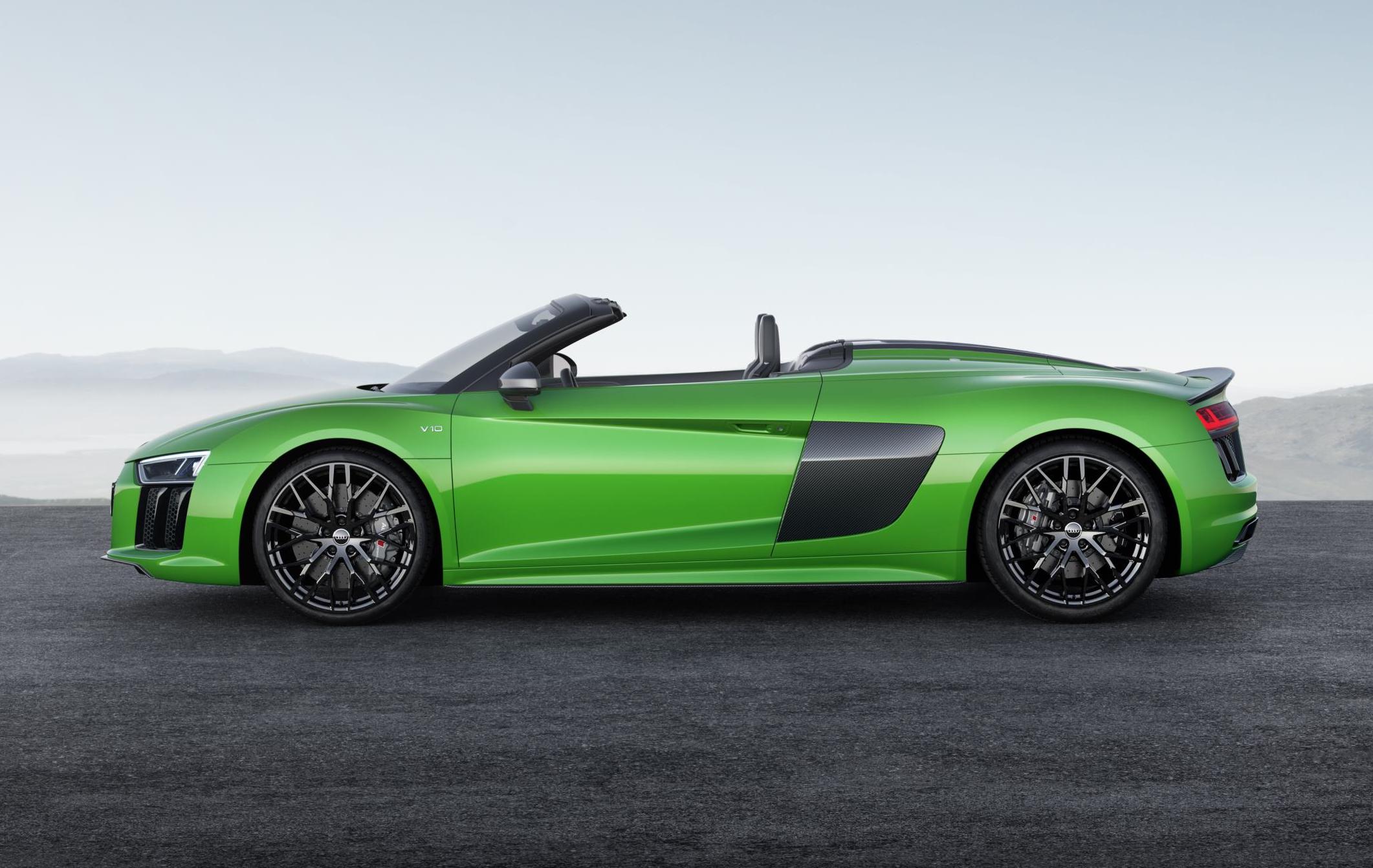 Audi has revealed the gob-smacking new R8 Spyder V10 Plus, which comes in as the drop-top version of the company’s flagship supercar, and thus the most potent drop-top in its showroom. 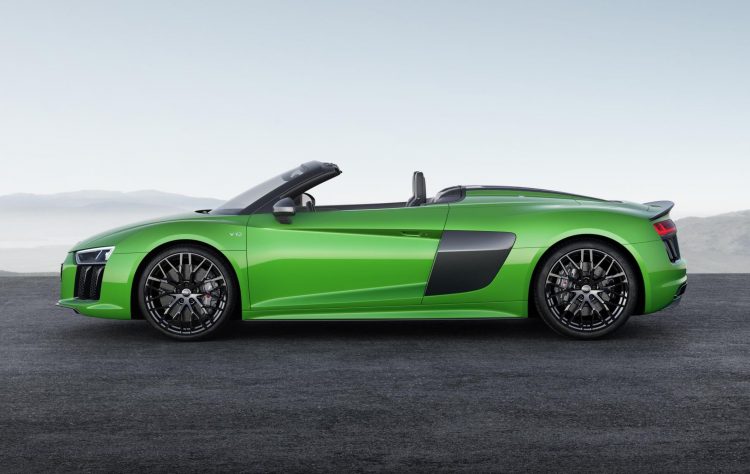 Like the coupe brother, the Spyder uses the high-output version of the 5.2-litre naturally aspirated V10 engine. It produces 449kW and 560Nm, just like the Lamborghini Huracan which shares the same motor.

Across the 0-100km/h sprint the new Spyder V10 Plus is finished in just 3.3 seconds, which is 0.3 seconds quicker than the regular Spyder. It also offers a top speed of 327km/h, up around 10km/h on the regular model.

It’s not just about the engine though. The Plus comes with a distinct styling theme, with 19-inch forged aluminium wheels or optional 20s in a darken colour, along with plenty of carbon fibre trimmings and Audi’s laser light technology available as an option. 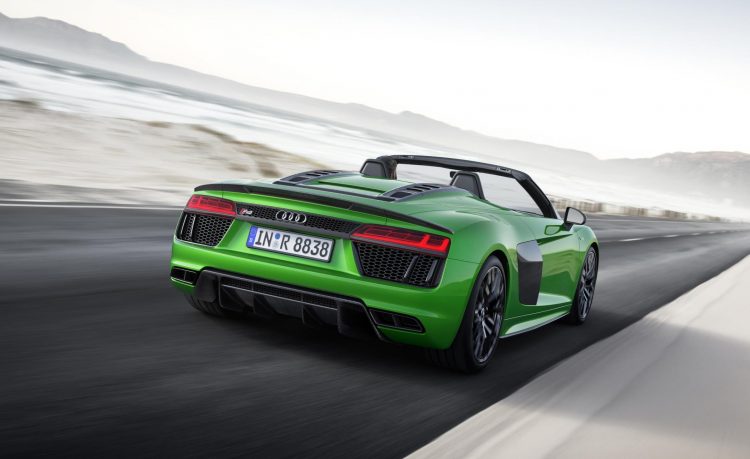 As for the roof, it’s a soft-top design that takes around 20 seconds to deploy or retract, using a special lightweight electrohydraulic mechanism. It can be operated at speeds up to 50km/h.

Thanks to the various weight optimising measures, the Spyder Plus weighs in at 1587kg dry, which is 25kg less than the regular Spyder. The Audi Space Frame platform contributes only 208kg of this, making it a fairly light vehicle for the class.

The new model will go on sale in Europe at the end of this month. Australian details are yet to be confirmed.