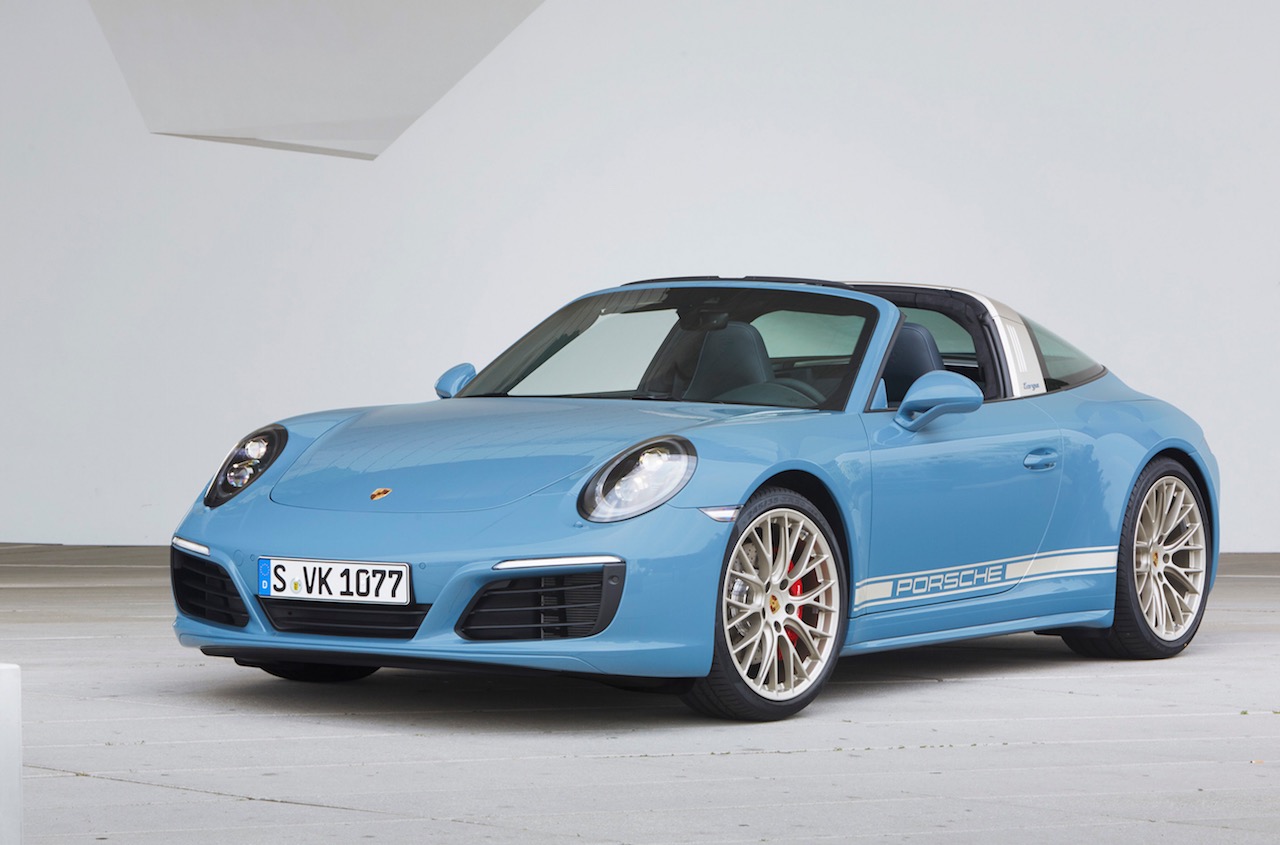 The Porsche 911 Targa is regarded as the modern classic of the sports car range, and to amplify its theme Porsche Exclusive has come up with the Design Edition. 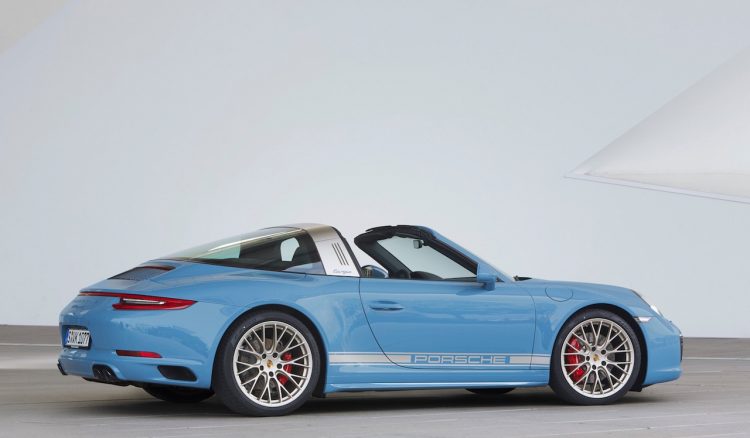 Based on the latest Targa 4S with its iconic B-pillar/roll-over bar, the Design Edition is painted in etna blue solid. This is the same colour that was offered with the original 356 B in the early 1960s, and gives the latest 991 911 a distinct retro look.

Contrasting with the blue are a range of white gold metallic highlights with a satin finish, including the Porsche logo down on the doors, the 20-inch RS Spyder wheels, and the ‘Targa bar’ B-pillar. Lastly, the quad-outlet exhausts and engine cover are coated in black.

Inside, passengers are treated to special stainless steel door sill plates with Design Edition logos, while the upholstery is made up of graphite-blue leather with 18-way power-adjustable sports seats, and Provence blue stitching. 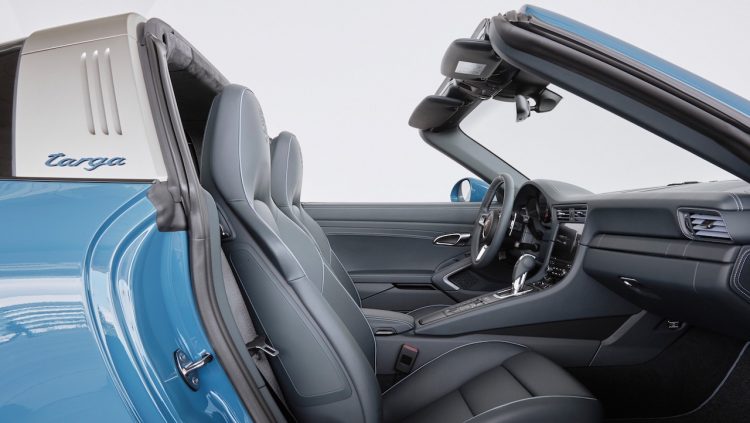 Other highlights include a special ‘Porsche Exclusive Manufaktur’ text on the dash, as well as the Porsche logo embossed on the head rests, and a 911 Targa silhouette etched into the centre console.

With every model sold customers receive a unique indoor car cover and a photo album which documents the development process of their car. Every photo album features a specific vehicle identification number as well.

As in the regular Targa 4S, power comes from a 3.0-litre twin-turbo flat-six engine producing 309kW and 500Nm. Acceleration from 0-100km/h comes up in as low as 3.9 seconds when optioned with the Sport Chrono pack.

In Australia the regular Targa 4S is priced from $290,500. Prices for the Design Edition haven’t been mentioned, although we’re sure it will largely depend on what options buyers go for.