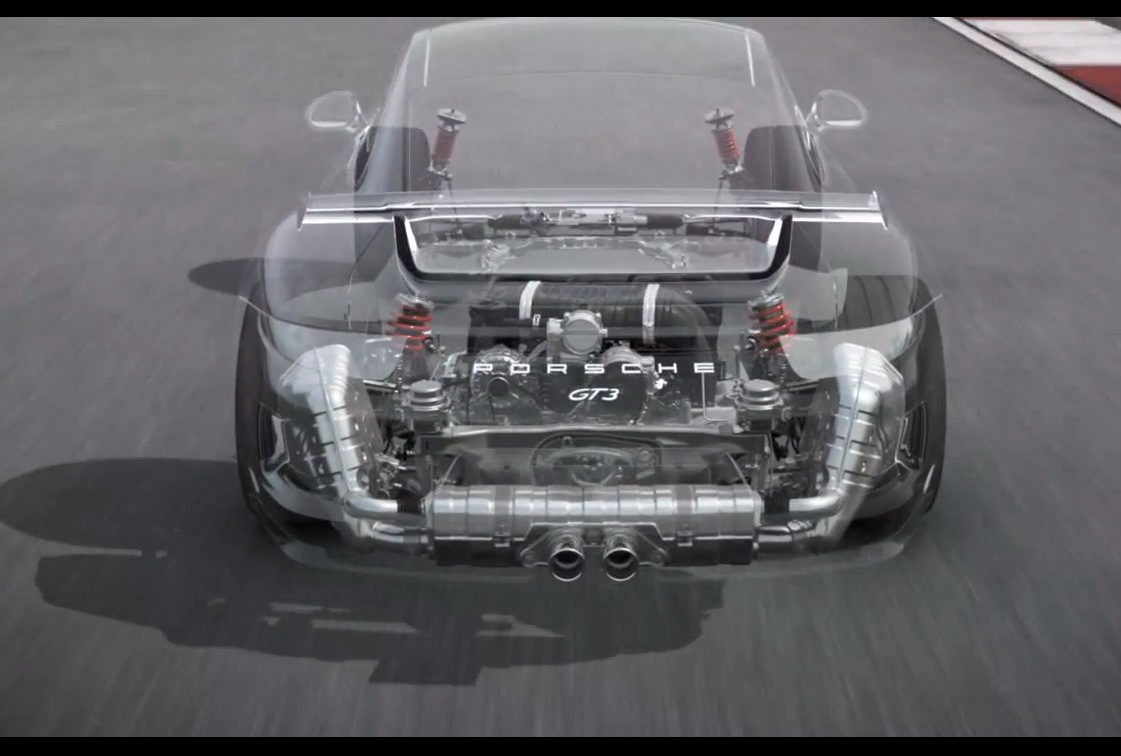 Porsche has released another video showcasing the technical highlights of the awesome new 2014 Porsche 911 GT3. In the latest clip, Porsche goes over the advanced four-wheel steering program and active engine mounts featured on the new GT3. 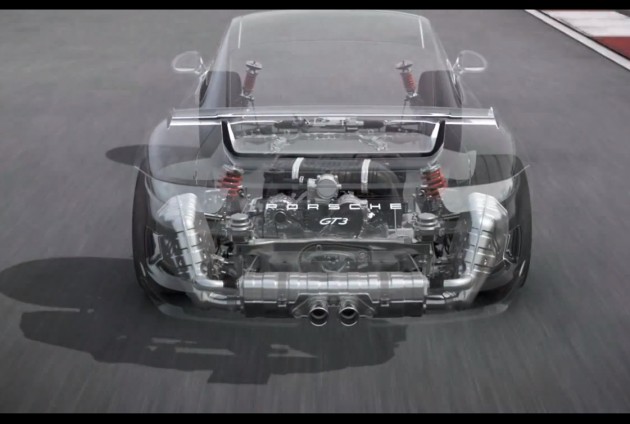 For the first time in Porsche’s showroom history, the GT3 will come with a number of ‘automatic’ features. These include an automatic-style dual-clutch seven-speed transmission, an electronic locking differential, active engine mounts, and an all-new four-wheel steering system.

As explained in the video below, the steering system inputs minor angle adjustments to the rear wheels in either the opposite direction of the front wheels or the same direction, depending on vehicle speed. Porsche is adamant it provides more agile and more stable handling.

The new model will go on sale in Australia towards the end of this year. Head over to our previous report for more in-depth details.