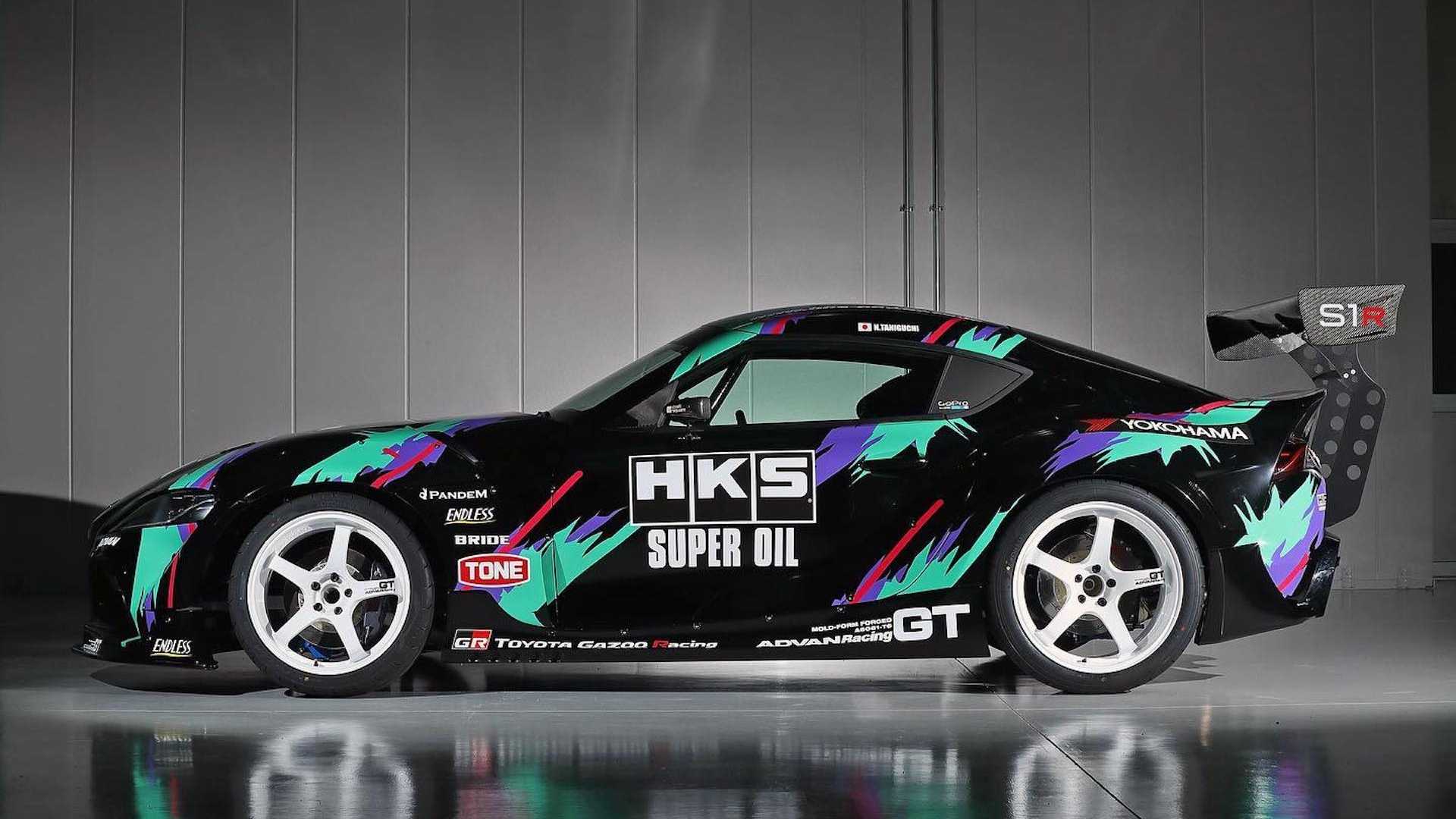 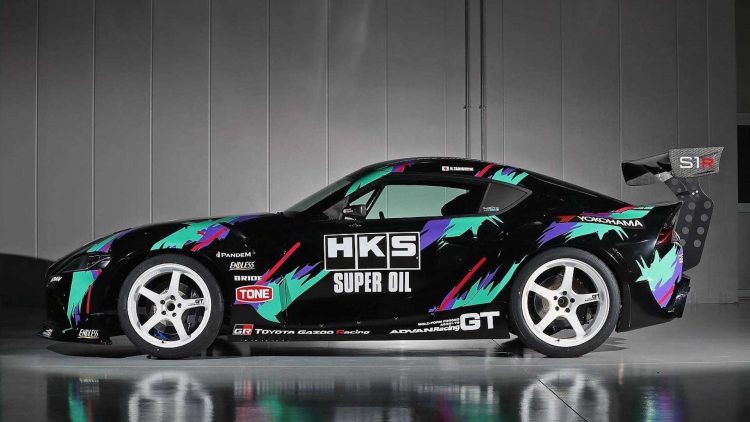 This is about as good as it gets for the aftermarket tuning possibilities for the new GR Supra. While the factory-fitted BMW B58 3.0-litre turbo inline six engine is a great unit and perfectly fitting for the revived Supra, the old 2JZ 3.0-litre twin-turbo inline six is the holy grail of engines when it comes to tuning.

HKS hasn’t just fitted a standard 2JZ, though. It is a heavily worked engine featuring a HKS GTIII-4R turbocharger, HKS cams, and a HKS 3.4L stroker kit. There’s also a carbon fibre intake chamber, and many other custom bits and pieces. The result is 515kW (700PS) and 884Nm, which seems about perfect for a drift car. 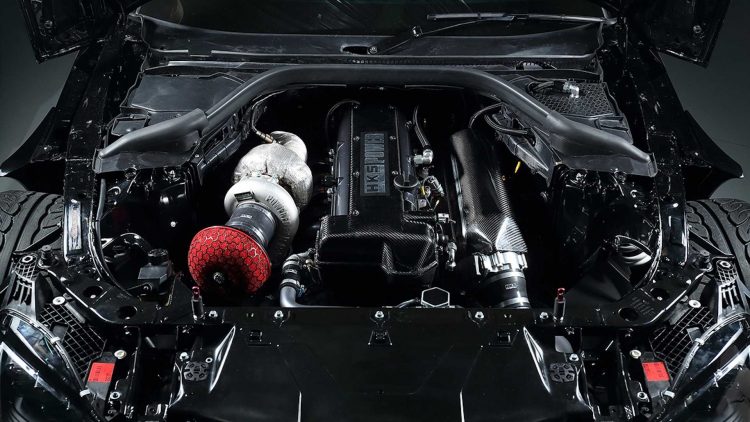 It doesn’t stop there. HKS has also developed a unique Hipermax SPL suspension package for the GR Supra to ensure the handling is super-responsive when drifting. There’s also a set of Advan five-spoke wheels in traditional white, along with a stripped out interior with bucket seats, a racing steering wheel, and custom dash and centre console.

The project was put together in partnership between HKS and Toyota. And in fact HKS received one of the first models so it could start work on the project.

A demonstration of its performance is scheduled to take place at the Goodwood Festival of Speed, which runs from July 4-9, later this week. If you can’t make it over to the UK for the event, you can check out the shakedown test video below.