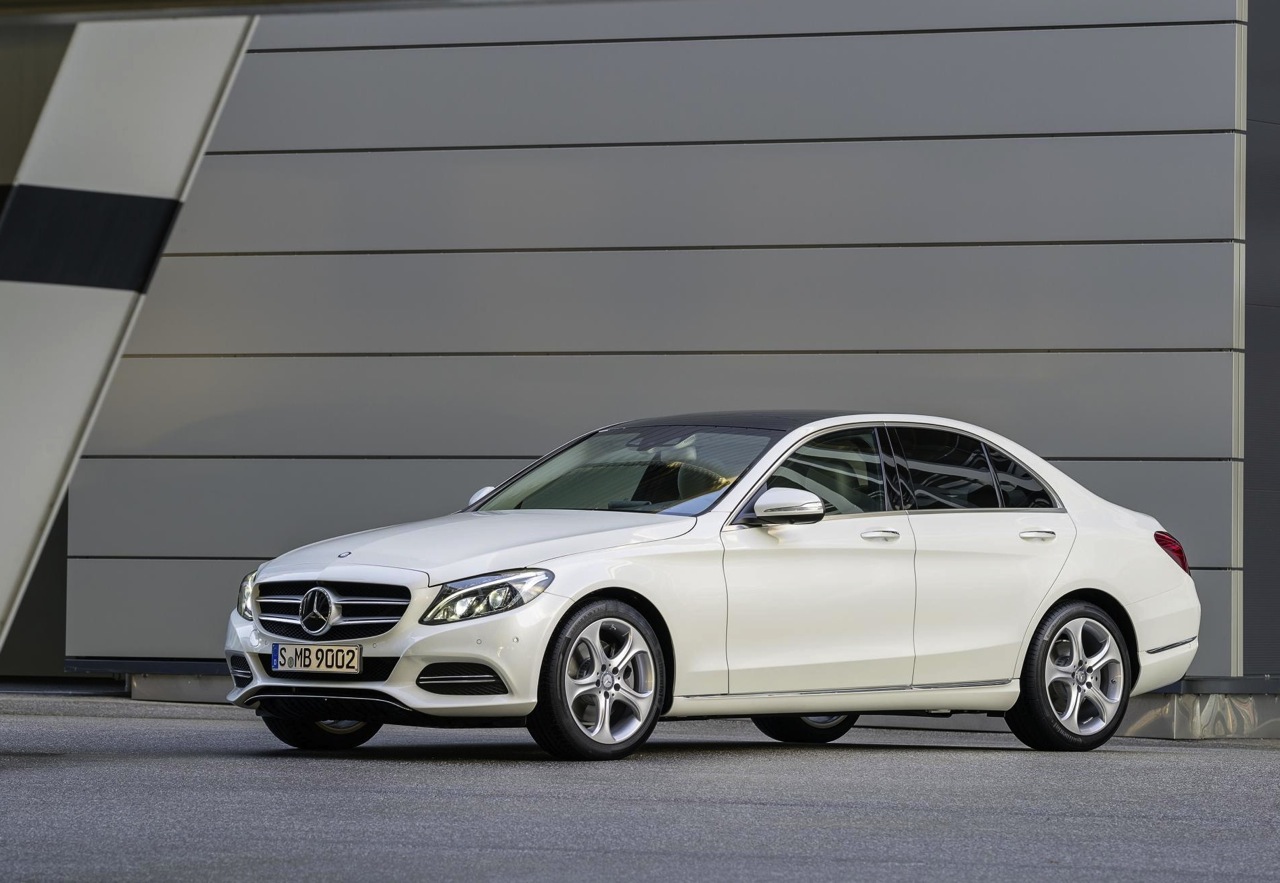 Details and specifications for the all-new 2014 Mercedes-Benz C-Class have been announced for the Australian market. The sedan will officially arrive in August, followed by the Estate wagon in November. 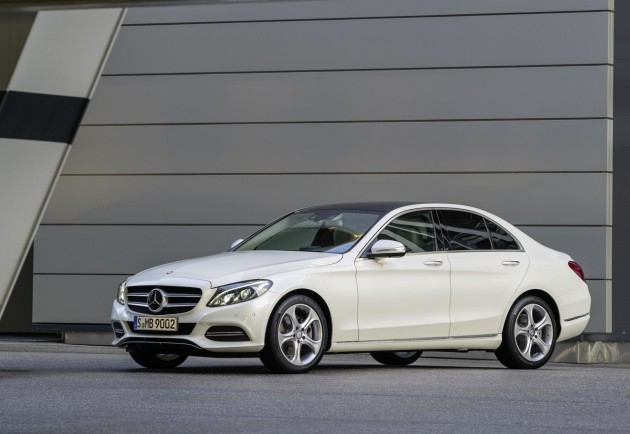 Five model lines will be available in Australia, at least initially, including the C 200, 200 BlueTEC, 250, 250 BlueTEC, and the 300 BlueTEC Hybrid. All feature a turbocharged engine and improved economy.

Next up, the BlueTEC features a 1.6-litre turbo-diesel engine producing 100kW of power and 320Nm of torque. Performance is yet to be announced, however, the average fuel economy is rated below 4.0L/100km. 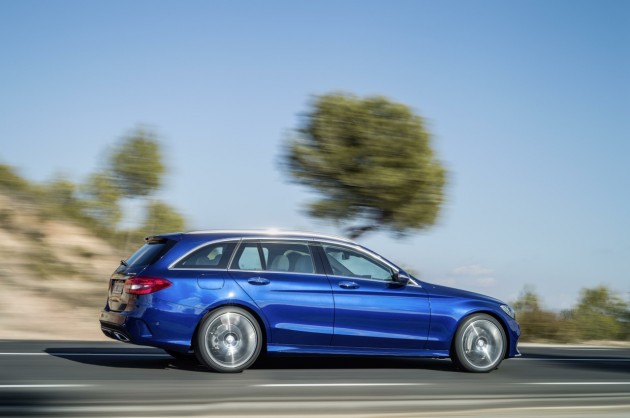 For those who require a bit more shove, the C 250 carries over the 2.0-litre turbo four-cylinder from the outgoing range. Power peaks at 155kW while torque maxes at 350Nm. It’s able to cover 0-100km/h in 6.6 seconds while offering a 6.0L/100km fuel consumption average.

The BlueTEC version sports a 2.1-litre turbo-diesel producing 150kW and an impressive 500Nm. It boasts an average economy of just 4.5L/100km.

Lastly, the range-topping C 300 Hybrid. This will be the most powerful C-Class until the next C 63 AMG version arrives. It comes with a 150kW turbo-diesel engine paired with a 20kW electric motor. The average economy is rated at just 3.6L/100km.

As for the external changes for the new range, aside from the smoother design and sleeker body contours, the new model is 95mm longer than the outgoing model with 80mm contributed to the wheelbase. 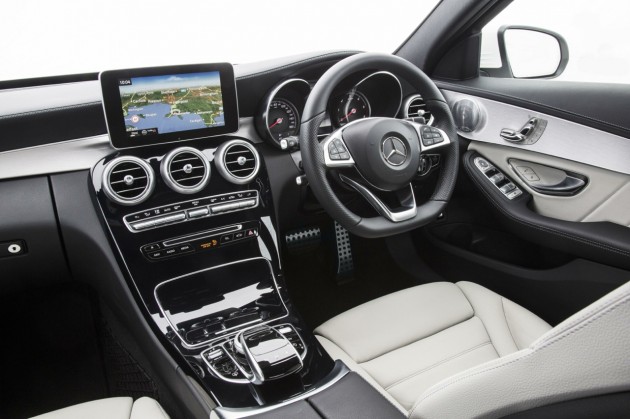 It’s also 40mm wider with a wider track front and rear for a more solid stance, while the roofline is 5mm lower for that sleek profile. In the back there is 480 litres of boot space, which is 5 litres more than what’s offered in the current model.

Mercedes-Benz says the new model is a higher class of vehicle compared with the outgoing range, with the dimension increases providing improved comfort.

Prices for the range are as follows (excluding on-road costs):