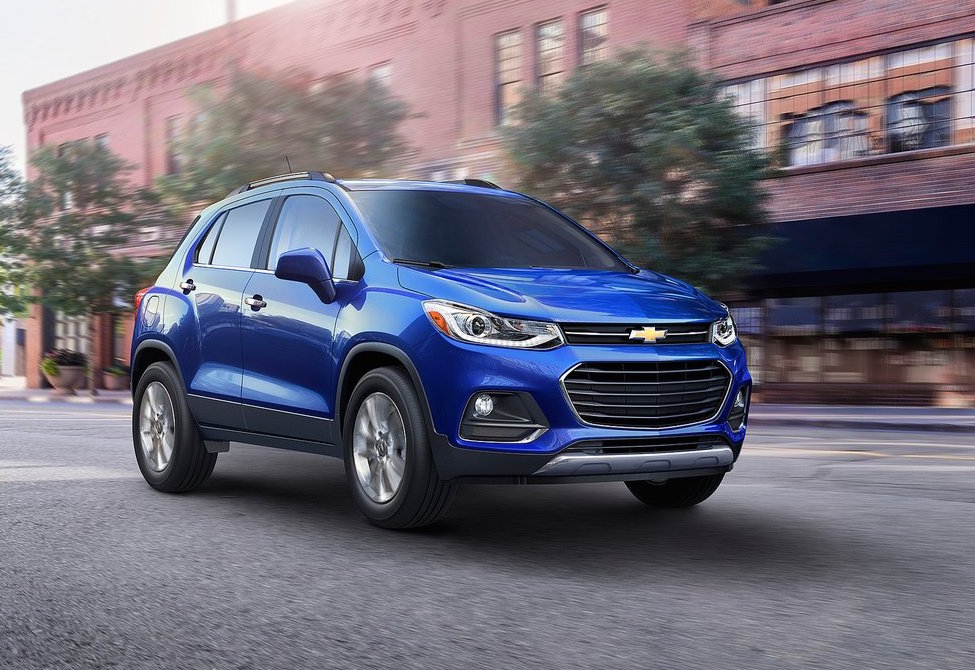 Chevrolet has revealed the facelifted 2017 Trax compact SUV, which is certain to become the new Holden Trax in the near future. The sharper-styled update will make its public debut at the Chicago auto show this week. 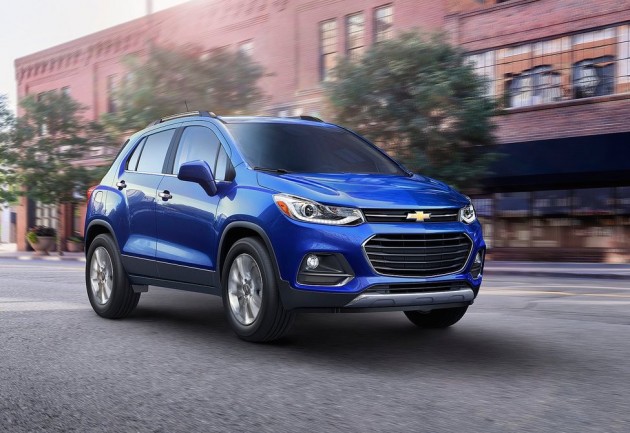 Firstly, keen GM fans will instantly recognise the new-look front end which is also seen on the latest Volt, and even the latest Camaro to some extent. It’s a big step away from the chunky, bulging design approach applied to the current Trax.

Around at the back the differences are more discreet, with very similar muscular rear wheel arches to the current model. There are some new taillights though, an updated up-sweep panel down below, and a thick chrome strip added to the tailgate.

More revisions have been made to the interior, with a new dash fascia incorporating a flowing design, and a 7.0-inch MyLink touch-screen interface. The interface now includes 4G LTE connectivity and supports Wi-Fi hotspot functionality, while offering Apple CarPlay and Android Auto technology. Upper variants get an 8.0-inch system, like what we saw on the Opel Mokka X revealed last week.

For the driver, Chevrolet has replaced the outdated semi-digital instrument cluster with a more traditional yet more appealing set of circular dials with an LCD display to the right side.

No details have been confirmed regarding the hardware beneath the bonnet. But it is expected to come with a 1.4-litre turbocharged petrol engine producing around 112kW, as seen in the European Mokka X.

Holden Australia is yet to confirm if it will go with the Euro-made version or this Chevrolet model when it comes time to replace the existing Trax. It is more than likely to go with the cheaper Chev-derived version though, like with the existing Korean-made Holden Trax.