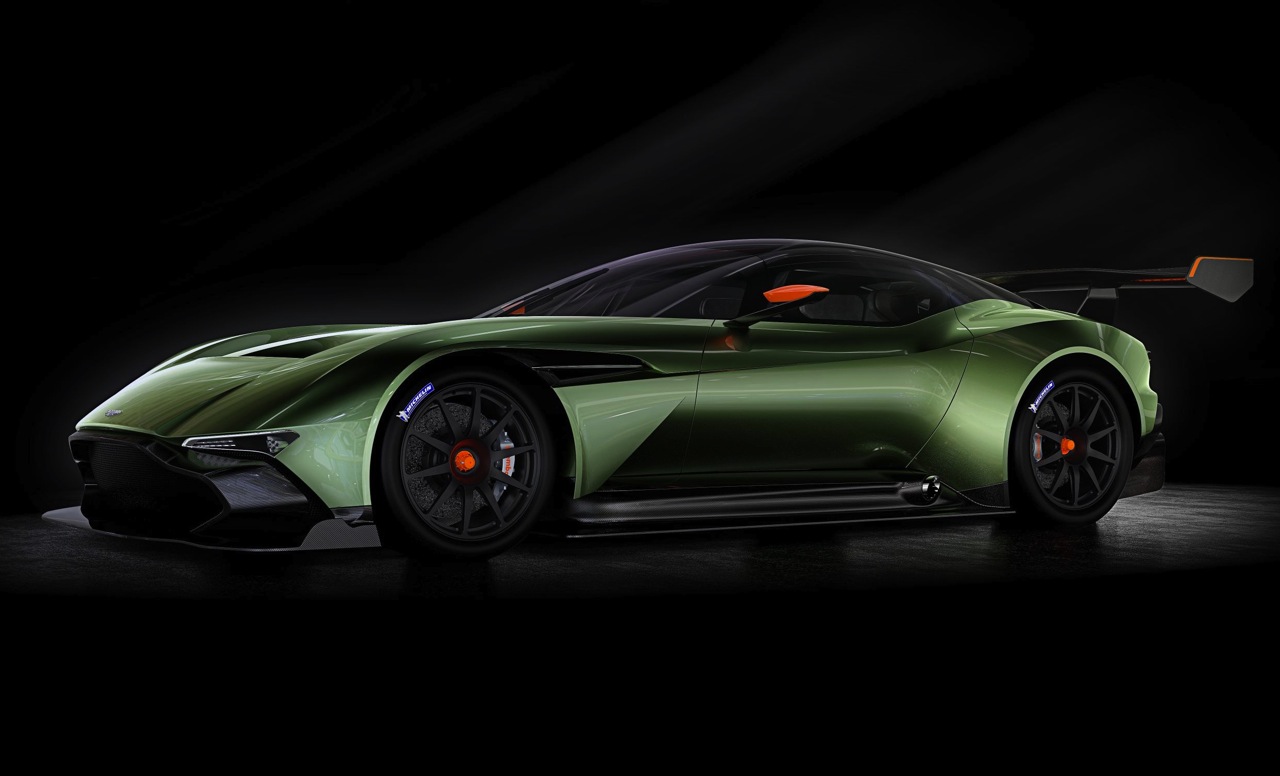 Aston Martin has pulled the covers off the spectacular new Aston Martin Vulcan just days before its Geneva Motor Show debut. It is one of the most outrageous and stunning vehicles the company has ever made. 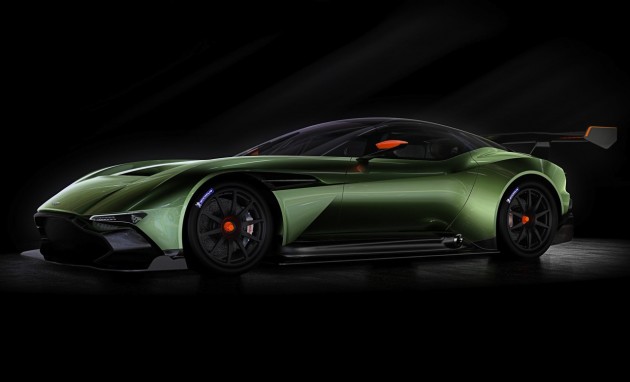 As you can probably tell, the Vulcan is a track-only model that is not eligible for road registration. It features a hunkered down body with complete underbody aero, a racing diffuser and big wing at the back, and a sharp and low splitter at the front.

Under the bonnet the menacing machine comes with a 7.0-litre naturally aspirated V12 engine producing 597kW of power. All of this grunt is sent through an Xtrac six-speed sequential transmission and into a sophisticated rear-wheel drive system with a limited-slip diff.

Braking performance is kept in check with Brembo racing calipers clamping carbon ceramic perforated racing discs. These measure 380mm on the front and 360mm on the rear. Covering these are a set of 19-inch alloy wheels wearing 345/30 Michelin slicks.

Inside, the cabin looks just as futuristic and spectacular as the exterior. There’s swathes of carbon fibre over the dash and door trims, and even the centre console and steering wheel are made from the lightweight and super-strong stuff.

Other highlights include racing suspension comprising of a pushrod layout with Multimatic dampers, and fully adjustable settings including traction control and ABS braking. There’s also a cool tribute to British Racing Green with a black roof, and orange highlights for further contrast. 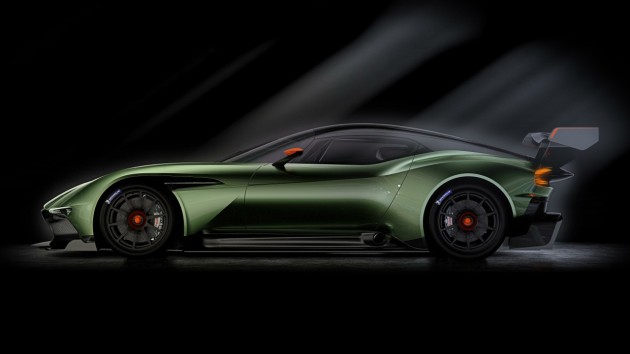 Aston is making just 24 examples of the outlandish hypercar. Buyers will receive personal driver training at the track, as well as time in driving simulators and guidance by Le Mans driver Darren Turner. All of this is set to be priced from around AU$3 million.