Volkswagen Australia has announced a new flagship for the Touareg range, called the Touareg V8 TDI R-Line. It comes in as the company’s most powerful model and quickest ever SUV. 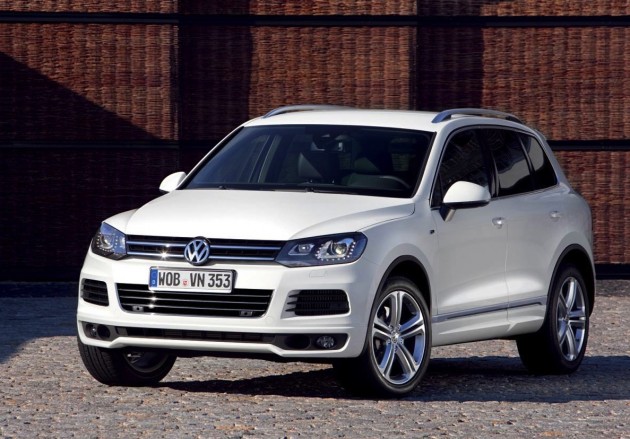 Acceleration from 0-100km/h is done and dusted in a very quick 5.8 seconds, beating the R50’s 6.8 seconds quite easily. Despite the excellent performance, fuel economy on the combined cycle is rated at a reasonable 9.2L/100km.

Being the top-line variant, the TDI R-Line comes with a smattering of tasty condiments and accessories, such as a neat bodykit with a matt black rear diffuser, a sporty front bumper bar, discreet side skirts, and a set of 21-inch alloy wheels.

Inside, the flagship Touareg gets a full Nappa leather upholstery, satellite navigation, and a premium ‘Dynaudio Confidence’ 620-Watt sound system with 12 speakers and a 12-channel digital amplifier.

The new model will go on sale in Australia in March. Volkswagen says it will announce prices closer to its launch, however, to give you an idea, the most expensive Touareg currently on sale, the V6, starts at $83,990.