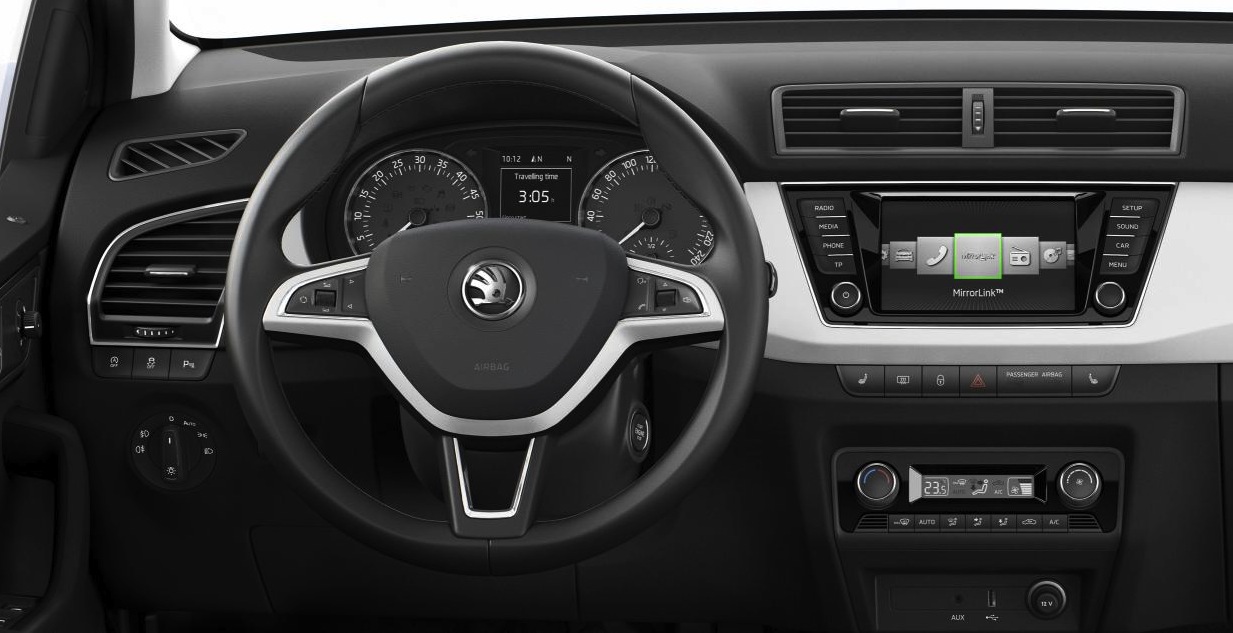 While the 2015 Skoda Fabia exterior has been revealed, the Volkswagen-owned brand is only now just revealing the interior, which is more functional and more practical than ever before. 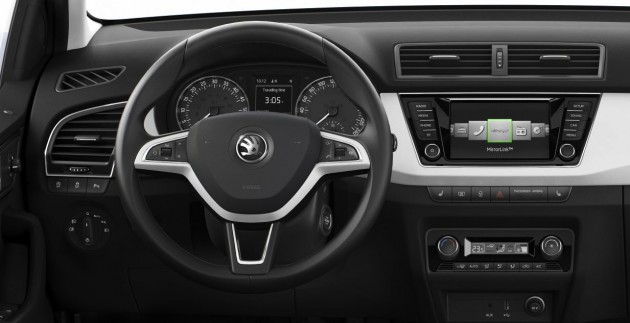 The new dash layout has been divided horizontally, with the air vents placed higher up to free up space in the main user interface area. The horizontal split also allows customers to option various colour designs for certain trimmings.

Aside from the new dash, practicality has been significantly enhanced for the 2015 model. On the outside the new Fabia is 8mm shorter than its predecessor, however, the interior length has grown 8mm.

Elbow space is also improved thanks to 21mm in added interior width in the front, and 2mm added to the rear. The cargo area loading area is also 20mm wider, and offers 15 litres of extra overall volume (330 litres).

Skoda is going further than simply increasing the size of things too. A number of clever touches give the new Fabia an almost entirely different personality.

Take the fuel filler cap, for example, it features an ice scraper. The pocket in the centre console is perfectly sized for a mobile phone to sit. The mandatory (in some countries) high-vis vest has been moved from the boot to a special pocket in the driver’s door. And both of the rear door bottle holders can now hold a typical 500ml bottle.

Dr Frank Welsch, Skoda board member for technical development, spoke about the clever new design in a statement, saying,

“The new Skoda Fabia is a real champion in terms of practicality, offering a wide variety of opportunities for use – it is the ideal car for modern yet practical urban mobility and also possesses the perfect combination of functionality and emotionally-rich design.”

Skoda will unveil the sharp new model to the public at the 2015 Paris Motor Show in early October. More details surrounding its Australian arrival are expected to be announced then.