It seems Volvo is preparing a larger brother for the V40 Cross Country in the form of a V60 Cross Country. A prototype has just been spotted by surprise in Europe. 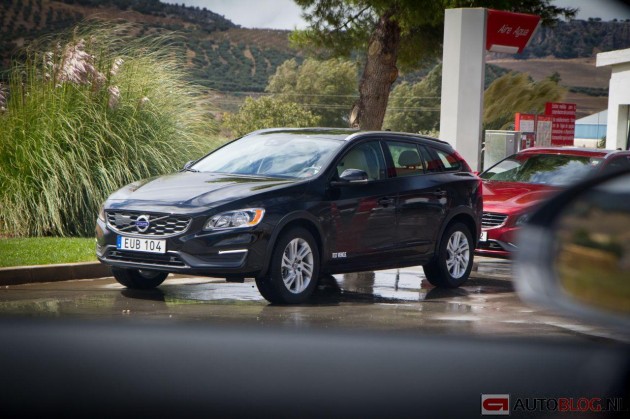 The prototype was spotted in what appears to be almost production guise with very little camouflaging, out on the streets in Spain with a regular V60. The images first appeared on Autoblog.nl.

Volvo has done extremely well to keep this one concealed. We haven’t heard even a hint that such a model was on the way. It’s believed it will be called the V60 Cross Country.

Aside from the standard all-wheel drive system – normally only equipped on some V60 models – the V60 Cross Country comes with a slightly raised up body, off-road-friendly tyres, and plastic scratch-resistant cladding around the wheel arches and body skirting.

A full debut for the new model may take place at next month’s Paris Motor Show. We’ll keep you updated.