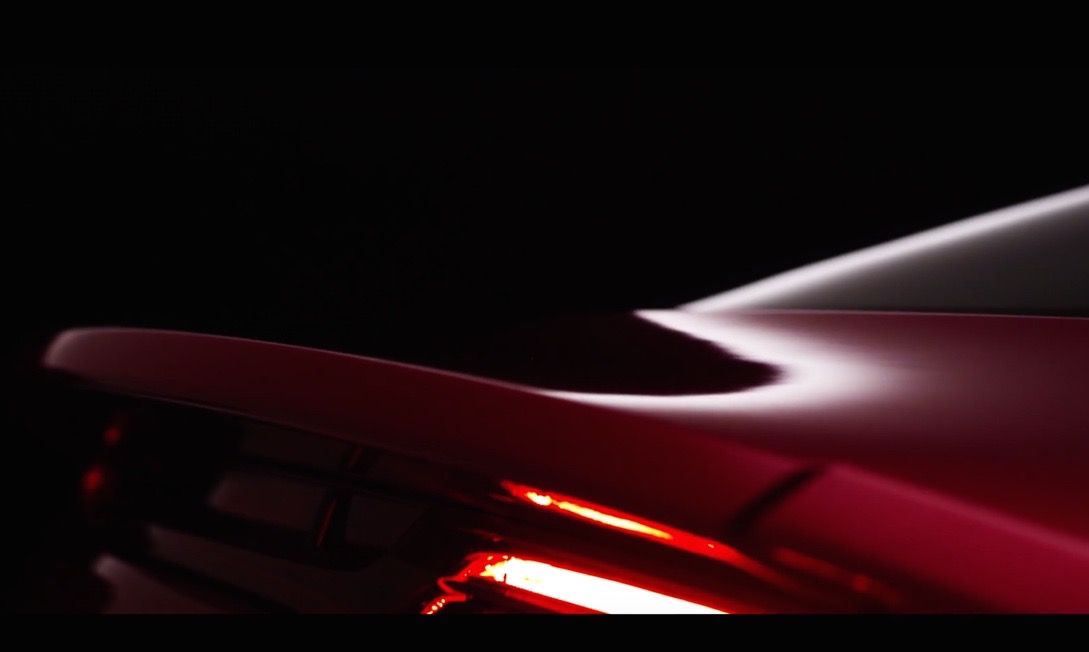 The next teaser for Kia’s exciting new sports sedan, dubbed the Stinger GT, has been released in the lead up to its debut at the Detroit show next week.

For the latest video Kia is giving us a glimpse of various parts of the body, including some of the finer details such as the headlight and taillight design, sporty body vents, as well as the front grille and rear spoiler.

We’ll remind you at this point that a pre-production example has been spotted and has already revealed the body in full, however, no specific details were uncovered with the spy shot.

Kia has confirmed in a previous teaser that the car will be the quickest-accelerating Kia production car ever, with a 0-100km/h target of 5.1 seconds, and a top speed of over 240km/h. This is expected to be thanks to a 3.3-litre twin-turbo V6 beneath the bonnet, developing around 270kW and 500Nm. The latest teaser video confirms a turbo engine does in fact lie beneath the bonnet.

Behind the engine, the latest teaser also confirms the existence of an automatic transmission. This could be either an eight-speed auto or a seven-speed dual-clutch job. In any case it will, most excitingly, be sending power to a rear-wheel drive setup. In other words, this will be Kia’s first-ever attempt at the sporty rear-wheel drive sports car market.

Various versions could be in the works, especially to cater for selected markets around the world. There could be less potent versions with diesel power, as well as the option for all-wheel drive for some regions.

The Kia Stinger GT – name not confirmed – is set to go on sale in Australia late this year. There’s even rumours of it becoming the basis for a V8 Supercars entry (now called Supercars).

All will be revealed at the big North American International Auto Show in Detroit, commencing January 8.