Porsche has revealed the 2013 Porsche 911 GT3 R update, based on the previous-gen 997 911. The freshened version brings obvious widened wheel arches front and rear, as well as a new front tyre package for increased grip. 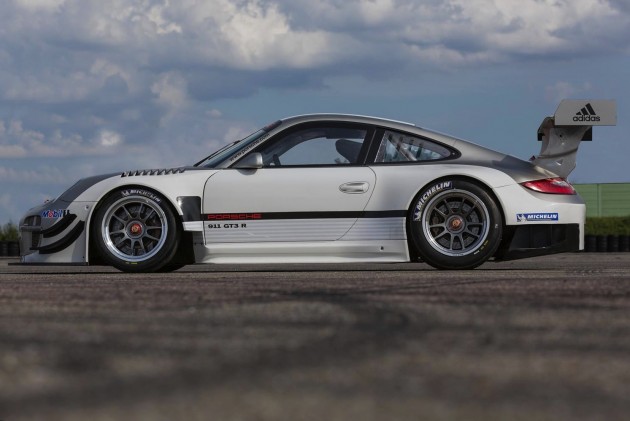 The 911 GT3 R is a pure racing machine. It’s powered by a 4.0-litre naturally aspirated flat-six engine producing 368kW of power, matched up to a racing six-speed sequential straight-shift racing transmission. No major updates have been made to the powertrain from the 2012 model.

Where you will find updates is on the exterior, particularly around the wheel arches. These, along with the wheels, have been spread apart by 50mm front and rear. The wheelbase has also grown 10mm, providing a more composed driving character. 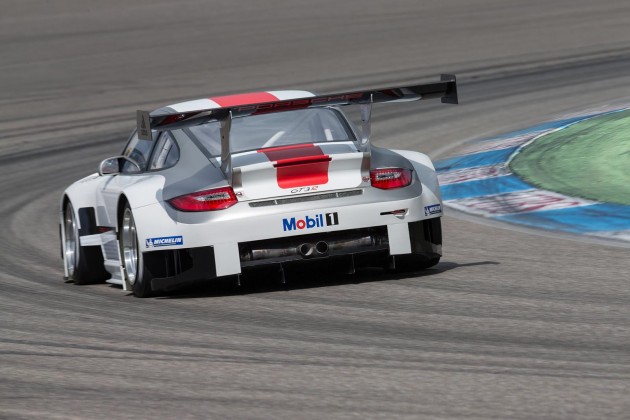 To add to the traction, the 2013 version comes with a wider tyre and wheel package for the front end. It now uses 12-inch wide rims on the front, as opposed to the previous 10.9 inches.

Some aerodynamic features have also been revised for improved downforce on the racing 911, resulting in more grip and increased overall track performance.

Porsche is offering the car as a complete package or as an update option for current 2012-model owners. Prices for the update package start at 45,500 euros (approximately AU$57,398 after a straight conversion).