High-end tuning company Switzer has announced a new fire-breathing package; the Switzer F900 Porsche 911 Turbo. The extensive performance kit is able to run on up to 85 per cent ethanol (E85). 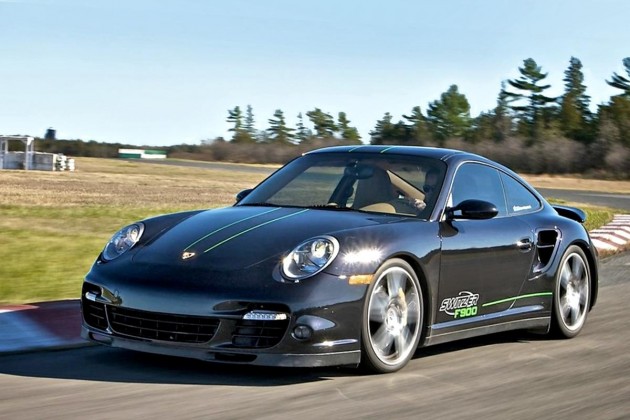 Starting out with the Porsche 911 Turbo, a supercar in its own right, the Switzer F900 features the company’s own turbochargers, a CNC-machined Y pipe, huge intercoolers, and a custom stand-alone ECU with its own host of special sensors to adjust mapping according to the fuel.

Further specific details of the engine build have not been released, however, power is boosted from the standard 911 Turbo’s rating of 368kW, to a whopping 671kW (900hp). 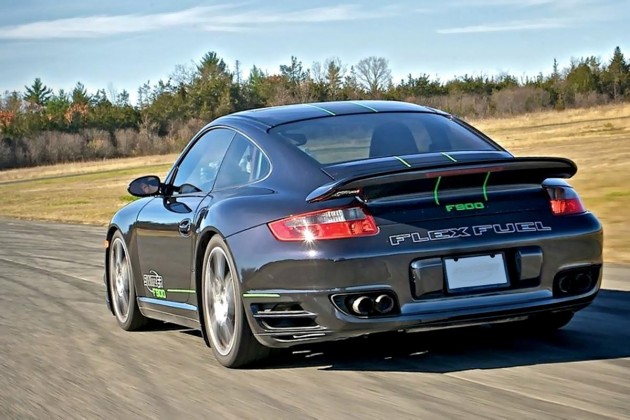 Most of the engine’s internals are believed to be standard. Tym Switzter, company founder, recently spoke about the company’s flagship Porsche tune, the 1000hp Switzer Sledgehammer, saying

“The engine was 100 per cent Porsche. It was bone-stock. The 996 and 997 used an engine that was designed for GT endurance racing.

“Porsche used forged internals, beefy connecting rods, and a hundred other tiny detail changes to make sure that engine, in its full-race GT1 configuration, would put out massive power, hour after hour, race after race. It was built for this. Porsche built it for this.”

As for the Switzer F900 Porsche 911 Turbo tune, Switzer says the F900 was created not just as an ethanol Porsche, but a flex-fuel Porsche. He says,

“A real, usable, daily-drivable street machine that, at a moment’s notice, could pull up to an E85 station and rip off a pass in the low 10s. Or 9s…”

What a beast. We want one.