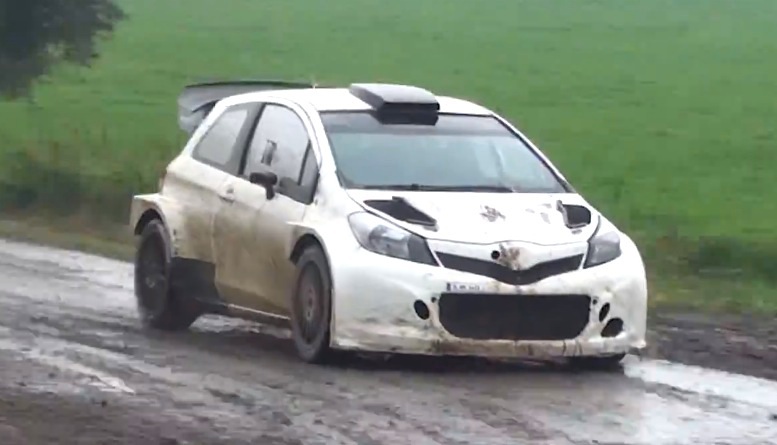 Toyota has been spotted testing a prototype version of the Toyota Yaris WRC car. The company is still yet to confirm a date for WRC entry, however, 2016 or 2017 seems likely. 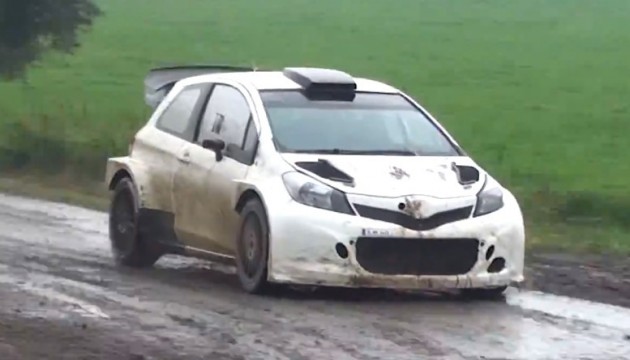 Toyota has apparently been testing prototypes since earlier this year, but this is the first time we’ve been able to see an almost-ready prototype up and running.

Toyota hasn’t competed in the World Rally Championship since 1999; from the end of the ’99 season Toyota Mototsport shifted its focus from WRC to concentrate on Le Mans and Formula One programmes.

As you can see in the video below, the Toyota Yaris WRC car looks vaguely similar to the road-going humble hatch. There seems to be the same roofline and door design, while the front and rear bumper bars are completely bespoke.

The wheel track width is also widened for a more solid stance, with a huge rear wing adding downforce for increased high-speed grip. Wheel arches front and rear are also bolstered and include unique vents and intakes, while the interior is obviously completely changed over for racing.

Details on engine specification are unknown. The current WRC rules allow a 1.6-litre turbo four-cylinder, whereas this prototype might be engineered for future regulations. It is turbocharged, whatever engine it is, as you can hear by the wastegate noises.

It looks like the Toyota Yaris WRC car will compete against the Mitsubishi Mirage WRC car as revealed yesterday.