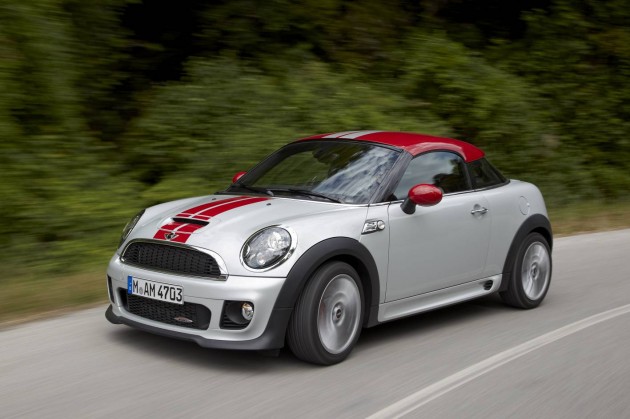 With just two models, and two variants of the models, the now-smallest MINI in the showroom lineup is promising to offer a go-kart-like driving experience and plenty of performance. The lightweight nature of the normal MINI Cooper is already very agile.

Available as the MINI Cooper S Coupe and MINI Cooper S Roadster, these variants get the same 1.6-litre MINI-PSA turbocharged four-cylinder engine as seen in the normal Cooper S, producing 135kW of power and 260Nm of torque. The Roadster is able to do 0-100km/h in 7.1 seconds, and has an average fuel consumption rating of just 6.4L/100km.

If you’re after something with a bit more poke, the MINI John Cooper Works Coupe and MINI John Cooper Work Roadster will likely tickle your fancy. These come with a tuned version of the 1.6-litre turbo four, producing 155kW and 280Nm. The Roadster is able to do 0-100km/h in 6.5 seconds, and has an average fuel consumption rating of 7.3L/100km.

Pricing will kick off from the following (excluding on-road costs):